This article is the second of a two-part series. To read the first part, please click here: Desperately Seeking Civility.

We live in a polarized society, and if we want to build a common life together, we need to learn how to reclaim civil engagement with each other. But there’s a problem: groups that refuse to engage with the ‘other side’ often do so for moral reasons, or for a desire to protect themselves from something seen as dangerous. Both groups of ‘engagers’ and ‘protectors’ are trying to build a better world but they often come into conflict. What can we do about this and how can we find a way to move forward, together?

Sociologist Johan Galtung explored this question at length. He studied war and other kinds of conflict, pioneering the idea that there isn’t one kind of peace, but two.

The first is called negative peace, which is the absence of conflict. People who strive towards negative peace often deal with a particular threat and work to neutralize it – as safety is often at stake, this is typically done as quickly as possible. Common examples include ceasefires and peace treaties.

The second is positive peace, and its focus is on resolving the underlying issues that lead to conflict. In the case of war, it would mean looking at historical, economic, political and other causes and working to resolve them in hopes that people won’t feel the need to pick up weapons. Often known as peacebuilding, this leads to more sustainable peace, but takes years of work and a dedication to engaging with forces and groups that might seem, well, unsavoury.

While positive and negative peace were developed to think about wars and open conflict, the dichotomy is relevant when it comes to the question of civility.

Hesitancy towards (or suspicion of) engagement is an expression of negative peace that identifies something undesirable or dangerous and prioritizes protection over dialogue. This might include not fraternizing with enemies, refusing to give platforms to dangerous ideas, creating safe spaces, standing up for oneself and setting healthy boundaries in relationships. These are the ‘protectors.’

On the other hand, engaging with people who have different opinions, especially in a polarized society, is an expression of positive peace. In this light, civility is a way of making the process as smooth as possible, prioritizing cooperation over defending oneself or one’s group. These are the ‘engagers.’

The sad thing is that both sides are striving to improve society, and their differing priorities can lead to misunderstanding. Thus, the protectors might see the engagers as complicit in supporting oppression or promoting dangerous ideas, and the engagers can see the protectors putting up walls, too focused on issues like privilege or, in the words of Andrew Bennett, embodying “a certain anger and... a denigration of the human person.”

This is something I continue to struggle with. I am more inclined to engagement and positive peace, which sometimes puts me in conflict with colleagues and friends (of the sort often referred to, frequently derogatorily, as ‘social justice warriors’). They seemed, in my opinion, to put personal grievances ahead of coming together and making collective steps towards resolving an issue. I’m ashamed to admit that a number of my “civil” attempts at positive peace were underlined with an element of scorn. I would think to myself, why are you getting in the way of what needs to happen? How can I make you get with the program? All of which they might, at the same time, have been thinking about me. 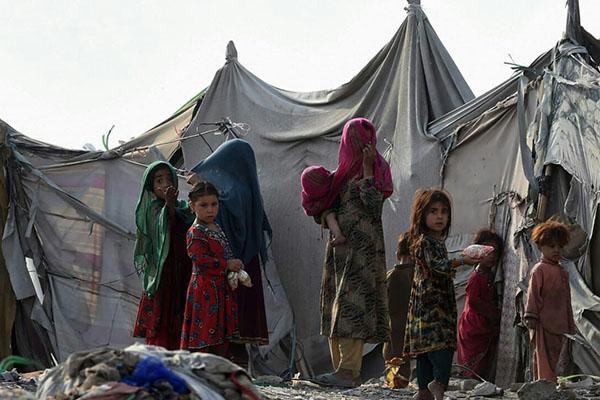 This wasn’t, as you can imagine, productive.

What prompted a change in me was a conversation I had with one such activist friend this spring. While I didn’t agree with everything he said, it finally dawned on me that negative peace, and certain refusals to be civil or engage, is about one’s perception of actual threat. That there are some people who feel deeply unsafe when engaging with the other side, and can’t help but see civility as a kind of trick or manipulation. I was able to see that negative peace, far from being an obstacle in the way of ‘real’ peace, directly links to how much someone feels that they (or a group they care about) is in some type of danger.

So the question for me changed from “how can I help these people get out of the way of the real work” (which was, maybe, a thought they had about me) to “what do I need to do to make dialogue, engagement or civility safe enough for them to feel OK participating in?”

Which is a very, very hard thing to do. Sometimes it feels like the onus is on the engagers to make the space safe enough for the protectors, which takes energy and vision that they might not have. And, given the current social climate, especially on social media, it can be hard to distinguish those who use virtue signalling or negative peace for status from the legitimately vulnerable groups in society who actually do feel pressure on a regular basis. That’s to say nothing about the energy and patience a protector needs in order to engage with someone they find threatening. Making things more complicated, as David Fairman mentioned, reaching out to people on the other side can be seen as betrayal. All this comes with its own consequences.

But just because it’s difficult doesn’t mean that it’s impossible, and my time in East Europe (while keeping an eye on North American cultural politics) has taught me a few suggestions for moving forward.

First, no matter what you stand for, remember that the other side is usually fighting for a better world as much as you are. Their methods might look strange or counterintuitive to you (as yours probably do to them), but they probably have intentions just as good as yours. Realizing this is the first step to engaging with the other side as a collaborator instead of an opponent.

Second, it’s important to identify the needs behind their positions or actions. Are they striving for long-term stability, or do they need to feel safe today? Talking about needs and vision helps people not be stuck at the level of slogans or superficial retweets.

Third, when you promote your side of the story, make sure the other side feels like their needs are visible and heard. Part of what makes us lock down into conflict-mode is feeling misunderstood or misrepresented, so make sure the other side feels seen. A previous Convivium article on nonviolent communication suggests a number of ways this can happen.

Lastly, this doesn’t mean there won’t be malignant actors who really are looking to manipulate or gaslight the other side. Sometimes protection really is necessary. There’s a real, and separate, need to learn how to identify when someone’s operating with good faith or not.

This, unfortunately, is not a simple set of principles to embody in one’s life and work, but sometimes you see a great example of this in play.

Take the recent controversy over Don Cherry’s removal from Coach’s Corner – it’s a classic conflict between advocates of positive and negative peace. One side asked people to engage and ask more questions before acting (the engagers, or positive peace), while the other celebrated the immediate removal of a man whose comments were seen as aggressive and potentially threatening to a vulnerable population (the protectors, or negative peace).

In the end, these are principles that matter no matter if we’re weighing in on hockey politics or geopolitics. Balancing the need for protection with the need for engagement underlies all truly civil discourse, and taking extra steps to demonstrate to the other side that we’re not the enemy can make all the difference.

Yes, it’s hard. And we’re going to mess up quite a bit along the way. But that just gives us more reasons to talk – and learning how to talk more compassionately might just be the ticket to wherever it is that our ‘better world’ might be waiting.

God in the Chaos

Overcoming her doubts about the mission, though not the message, of the Church, the University of Ottawa’s Samantha Dignam discovers at the Urbana18 conference how acknowledging the faults of Christians is key to carrying the Gospel to the world.

Flying back into Washington this afternoon after days in Boston and Indianapolis, seeing the standoff between the partisan voices of the political left and right, I have thought of proximate justice one more time When anything happens in the political world that is more just than not, it is because ...