Defenders of Don Cherry who complain his firing represents an assault on free speech need to remember one thing. His speech cost the company that employed him about $1 million a year in salary. That’s far from free.

Of course, Sportsnet didn’t can the icon of Hockey Night in Canada’s Coach’s Corner just to pinch 100 million pennies. It dumped him because his anti-immigrant rant on Saturday night’s segment was an indefensible brand-buster. Any company worth its salt would have done the same to protect its reputation and credibility if a marquee employee went so over the top. Indeed, many companies have unloaded far lower profile figures for doing far less.

Yes, it’s true, Cherry was paid as much to be a provocateur as to do between period chalkboard analyses. Equally true, Cherry repaid his employers with lucrative viewership numbers, which is why he was the coach on Coach’s Corner six times as long as he was a coach in the NHL.

Following an NHL career of exactly one game, he coached the Boston Bruins for five seasons, including the gloriously humiliating Stanley Cup loss to the glorious, magnificent, immortal, worthy of sainthood 1979 Montreal Canadiens during a game in which Cherry’s bench was penalized for having too many men on the ice. He also coached the Colorado Rockies for two seasons.

Now aged 85, this was his 38th year on HNIC. His career as a controversialist, much more than his pure knowledge of hockey, helped him amass a net worth north of $12 million. Such a nest egg is none too shabby for a career minor leaguer, and seven season NHL coach, who once supplemented his meager American Hockey League paycheques by painting houses for two dollars an hour. No one can say, however, that he didn’t earn it. At one point, his between period segment drew an estimated 500,000 more viewers than the actual game being televised. 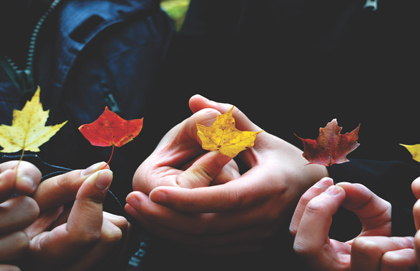 He attracted those numbers by perfecting the art of pugnacious flamboyance, wearing trademark ludicrous outfits and serving up 10-brewskies-into-the-evening opinions that always went too far. But there is too far, and then there is far too far, which is where Cherry landed on Saturday night.

What appears to have been intended as an homage to Canada’s veterans turned into a horrible verbal assault on newcomers to this country. Even then, his apparent point that recent arrivals need to understand the importance of wearing poppies to honour Nov. 11 might have avoided being offside had he not used the inexcusable phrase “you people.”

What appears to have been intended as an homage to Canada’s veterans turned into a horrible verbal assault on newcomers to this country.

Those two words have been jumped on for their purported “racist” connotation, which requires making a fairly circuitous inference. Indeed, conflating immigration and race amounts to a category error that detracts from Cherry’s truly grievous offense. To say, “You people over there should come in out of the rain because the bus isn’t coming for an hour” is one thing. To say, “You people don’t belong on the bus because you weren’t born here and are in some way different from us” is a crude violation of hospitality and, worst of all, a despicable act of dehumanization. It doesn’t just divide people into “them” and “us.” It cleaves the world into fully and less-than-fully human. It ravages the very idea of human dignity.

As my colleague Andrew Bennett put it in a recent Convivium interview, we are witnessing such onslaught on human dignity all around us in a way that embraces “the baser aspects of our nature, where this idea that ‘my choice, my position, my ideology, my philosophy is the right one, and if you don’t accept that, then you can be discounted.’ The attitude is that ‘I don’t accept that you can hold (a particular) position because it’s not in concert with the broad trend (of) society (so) I’m going to shut you out.”

Such an attitude is exactly what Don Cherry manifested in his underlying comments, and particularly in his egregious use of “you people” as a slur against those who choose not to, or simply don’t know they’re expected to, wear poppies to honour those who fought wars for our freedom.

Such dehumanizing shutting out is a price no individual can be free to ask any Canadians to pay.