It started with a dog.

At the time I was living with an intentional community in a sprawling downtown apartment. I’m something of a sucker for communities – as an introverted freelance writer, it’s a way of making sure I see enough people on a regular basis to keep my social (and mental) health in check. It also happens to be an example of how people, as I wrote in Convivium back in May, can maintain the social fabric that keeps democracy healthy.

Community, while a huge comfort in my life, is a tricky thing to get right. One of the enduring things that has to be negotiated is what to do when you bring together a group of people who, as it turns out, have more diverging values than you first thought. This isn’t limited to live-in communities like ours – it’s something we face in our families, workplaces, classrooms, churches or whatever social group we’re part of.

In our case, a breaking point came after some of our roommates brought home Misha, an adorable black mutt from a troubled family. Nobody could turn him away. There were a few differences of opinion over how best to housebreak him, but that didn’t seem like a big deal at first. As the months passed, though, things got out of control – what started as a simple disagreement about how to manage the house became a philosophical rift over the nature of love and responsibility.

It sounds mundane, but how many ongoing personal conflicts come down to something small that, when you dig down, exposes the fault lines that divide us from the people we care about?

Luckily, at that time I was learning more about something that helps with precisely this sort of conflict: a practice called Nonviolent Communication (NVC).

NVC is a communicative tool developed in the 1960s by a psychologist named Marshall Rosenberg – the book he wrote on his findings became an instant classic. The core of his thought was that humans have a basic set of needs that we all share, and that when conflict appears it’s because the strategies we use to meet those needs tend to clash. The ‘violence’ in the title is interpreted broadly as any kind of manipulative, coercive or damaging way of limiting other people’s ability to meet their needs – intentionally or otherwise.

Take our situation. On the one hand, some among us had a need for order and predictability at home, and having a set schedule for certain duties was a strategy to meet that need. On the other hand, some were trying to meet their needs for self-expression, love and well-being with strategies that favoured attention and spontaneity. Both sides wanted harmony, but the attachment we had to our respective strategies made that increasingly hard to see.

As the months passed, though, things got out of control – what started as a simple disagreement about how to manage the house became a philosophical rift over the nature of love and responsibility.

For Rosenberg, the separation between need and strategy is key to finding solutions that can address everyone’s interests. The trick is finding a way, in the heat of the moment, to become aware of both, name them and suggest collaborative ways of moving forward.

As a person who promotes dialogue processes as a way of building trust and mutual understanding, I was excited to hear more about tools that help individuals and communities process seemingly-incompatible emotions and needs. There are two main ways that using NVC can do this: expressing your own needs clearly and without manipulation, and eliciting/understanding someone else’s needs. Rosenberg describes a number of steps that help with this, and they’re applicable no matter if you’re a teacher, parent, mediator or volunteer. When taken seriously, they allow for a major shift in how we relate to ourselves and others.

According to NVC, the first step in non-violently expressing one’s needs is stating the situation as we see it, separating observation from judgment. When we encounter something upsetting, we might go on about how “terrible,” “irresponsible” or “lazy” it is. But these words communicate judgment (or impose our values) instead of facts. This tends to shut down meaningful dialogue before it can even start. Instead, Rosenberg suggests we try stating the facts without mixing in our reactions or opinions.

Let’s take an example of a couple having a fight:

Original: “Why would you say something so hurtful?” 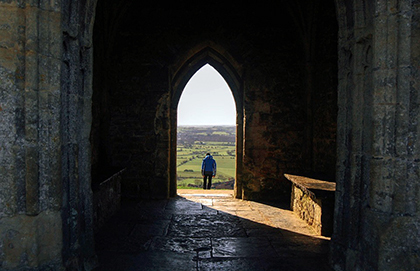 This can sound overly-clinical without the second part: clearly stating your emotions in response to the facts. For this, Rosenberg suggests describing our emotions as concretely as possible. Saying something like “I feel disrespected” is good but not good enough – respect is more connected to how other people see us than to our emotions. Think something closer to “I feel hurt [because I sense a lack of respect].” This isn’t always simple and can require an intimidating amount of vulnerability.

The next step involves expressing the needs underlying the emotion. Separating feelings from needs is one of the biggest steps of the whole process, and getting used to it takes time. As with emotions, identifying and expressing the need as concretely as possible is key:

NVC: “I felt hurt because I sensed a lack of respect. Respect is important for me, especially at home when I come back from work. I’m having a really hard time at the office and need space at home where I can relax and feel valued.”

Last comes the request for a change in behaviour. This is where you would ask someone to do something differently so everyone’s needs can be better met. As a bonus, you could even discuss concrete, collaborative solutions.

“When you said that, I felt hurt. I received it as disrespectful, and feeling accepted and respected at home is important now. I’m stressing out at the office and am feeling more vulnerable than usual and I’m sorry if I’ve been difficult. Can we try not using words like we did, at least for the week? Or is there something that’s been stressing you out that you want to talk about?”

This is all an example of how to express yourself in a way that helps the other person receive you with empathy and a spirit of collaboration, but that’s only one piece of the puzzle. The other way to use NVC is to listen for the needs and feelings that the other person is trying to meet. This can be done even if the other doesn’t have any experience with Nonviolent Communication at all.

As an example, when someone acts in a way that’s upsetting, instead of getting hung up on it you can remind yourself that it’s probably some strategy to meet a legitimate human need. This shift lies in the difference between thinking “are they trying to tick me off?” and “oh, this person might be acting this way because they’re insecure or overwhelmed or threatened.” You can vocalize this by asking them a question that takes from the original structure: “Are you upset because my dog-walking schedule rubs up against the way you feel we should be paying attention to each other and Misha?”

The power in this approach is that it can be used in any kind of conflict – think of the broader challenges we face in an increasingly polarized culture, especially deep into election season. Imagine one activist saying to another: “are you unwilling to talk to me because talking makes you feel like you’re legitimizing my point of view, and you feel that if I’m legitimized then I might become more of a threat to your values and way of life?” What would Twitter look like then?

A big caveat though is that statements like the ones above sound banal, cliché or insensitive when the other person doesn’t have a sense that you’re truly listening to them. Being present and genuinely invested in making sure the other’s needs are met is key to forming sustainable community, resolving deep-seated conflicts or strengthening your personal relationships. Only then can identifying, vocalizing and discussing our needs have a transformative impact on the situation. Anything less feels fake and manipulative.

That said, sometimes the situation doesn’t have to be transformed. Sometimes what the other person needs is simply to feel heard and seen.

This very thing, this sense of becoming visible, relevant, cared for, can lead to profound trust being built between any two sides. This itself can help reverse damage caused by misunderstanding or demonization or even, in the best cases, bring healing to wounds left by hatred or war. It helps us see past our grievances and work on collective solutions. It opens space for human dignity. It resists reducing other people to ideological positions or talking points. It promotes the radical act of sitting with people as they are instead of who we’d like them to be.

Absolutely, but as with everything there are downsides. It takes time to learn NVC and apply it effectively. As with learning any language (and NVC is definitely that), it can sound artificial at first or like we’re suppressing our spontaneous reactions. There’s the risk that the other person won’t know how to react and end up writing us off as weirdos or hippies. Using NVC can make you profoundly vulnerable, especially in cases where there’s a risk of violence or manipulation. There are going to be people who will try to abuse your openness.

As with any time you’re doing high-risk (and resource-heavy) engagement in any kind of conflict situation, no matter at home or abroad, you have to decide for yourself whether or not it’s worth the trouble.

This is something that Rosenberg, for all his insight, doesn’t mention much in the book. He writes a good deal about his successes, such as when he was giving a talk in Israel and a Palestinian man accused him of being a child-killer ( the United States had been supplying weapons that had been involved in the deaths of Palestinian children). After a lengthy back-and-forth between them, with Marshall trying to locate the man’s needs, a productive dialogue bloomed that ended with a Ramadan dinner invitation.

But you won’t always get a dinner invitation. In fact, NVC isn’t going to save the day or stop armies, genocide or even a really bad day. It’s another tool in the toolbox – a powerful tool, but one that works in certain situations and is laughable in others. The key here is in knowing when to apply it. As I mentioned in a previous Convivium article about peace research, no one strategy is enough to fit every situation.

That said, knowing where it does work can transform a dialogue, a relationship, a conflict or a community. It can strengthen the trust between divided groups and help repair a culture’s social fabric. It can help us find surprising alternatives to win-lose situations. And we might find, in the middle of it all, that we’ve truly been heard. That we were able to notice someone’s real needs. And that, on this foundation, the seeds of civil dialogue can take root.

The small victories? They’re great – take with Misha, for example. After a number of tense conversations, my roommates and I were able to realize how different our value systems were and suggest a way through. He is, today, housebroken, sociable and quite the happy pooch. Good enough for me.

In the second of a two-part series, Josh Nadeau examines a way to engage with people who think differently, as well as come together to heal our polarized society.

Convivium critic Josh Nadeau says The Leftovers TV series marks the return of Christian faith as a subject for mainstream cultural exploration, and even fascination.