On December 1st, I watched in stunned disbelief as the Conservative Party of Canada proposed, and then unanimously supported, a motion to expedite the Liberal’s Bill C-4, an act to amend the criminal code in order to ban conversion therapy. In less than 30 seconds, a bill that will profoundly impact religious communities and members of the LGBTQ community, and threatens to undermine fundamental freedoms in disturbing ways, skipped over the entire Parliamentary procedure of the House of Commons: second reading and debate, Justice committee study with experts and stakeholders, report stage, final debate and the third reading vote.

Six days later, the Senate – that supposed chamber of sober second thought – repeated the gimmick, with Conservative Senator Housakos, the acting leader of the opposition in the Senate – putting forward a motion for the unanimous consent of the Senate to pass the bill without any study or deliberation. To my knowledge, never has a piece of criminal legislation sailed through both houses of Parliament without any study whatsoever.

In reflecting on the past week, one of my thoughts is how far the leadership of this conservative party has fallen from more principled days in opposition, like those of the Right Honourable John Diefenbaker. I could only imagine him angrily chastising the party he led from December 1956 to September 1967 for what they had done (or more accurately, what they had failed to do) in the House of Commons in the late afternoon of December 1st, 2021. So, I decided to posthumously interview the Leader of Her Majesty’s Loyal Opposition (1956-57, 1963-67) and former Prime Minister (1957-1963) to get his thoughts.

[Interviewer’s note: In what follows, all quotations noted with quotation marks are historically recorded statements made by Diefenbaker. Anything without quotation marks should be given the benefit of imaginative license.]

André Schutten: Mr. Diefenbaker, thank you so much for agreeing to this rather unconventional sort of interview. It’s not my regular habit to interview or consult the dead.

The Right Honourable John Diefenbaker: You ought to be careful young man. King Saul didn’t fare so well after consulting the ghost of Samuel. But I really don’t mind being disturbed this time. I was rolling in my grave anyway.

AS: I can only imagine. For the benefit of our readers, let me set the context. On Monday, Justice Minister David Lametti tabled Bill C-4 in the House of Commons. This bill proposes to criminalize a practice known as conversion therapy and expands on two previous bills from the prior Parliament (Bill C-8 and Bill C-6). Many critics of the bill, including feminist groups, doctors, religious leaders, and freedom advocates, have winsomely engaged in the debate over this issue for the past two years. The big issue with the bill is not whether to ban conversion therapy. All ag...

Climate Advocates Are Gambling With Fate

As environmentalism becomes part of realpolitik, a potential new cause of war emerges.

Canadian universities are wrestling with competing authorities of identity.

Critics say Canada is too quick to treat gender dysphoria in minors...

Is the push to medically (and surgically) affirm youth gender-identity compromising assessment of gender dysphoria?

When Calls to Service Call Us Back

Returning to where we began, to find out what ends we seek, what is the story we claim to be a part of?

The secular progressive story is one that is inherently ill-defined. The end, the telos, are goalposts that are constantly changing. Its gaze is s...

Stats of the Week: Your Money, Your Mouth

Number of words, including "tribe" and "spooky", the CBC recently cautioned against using. 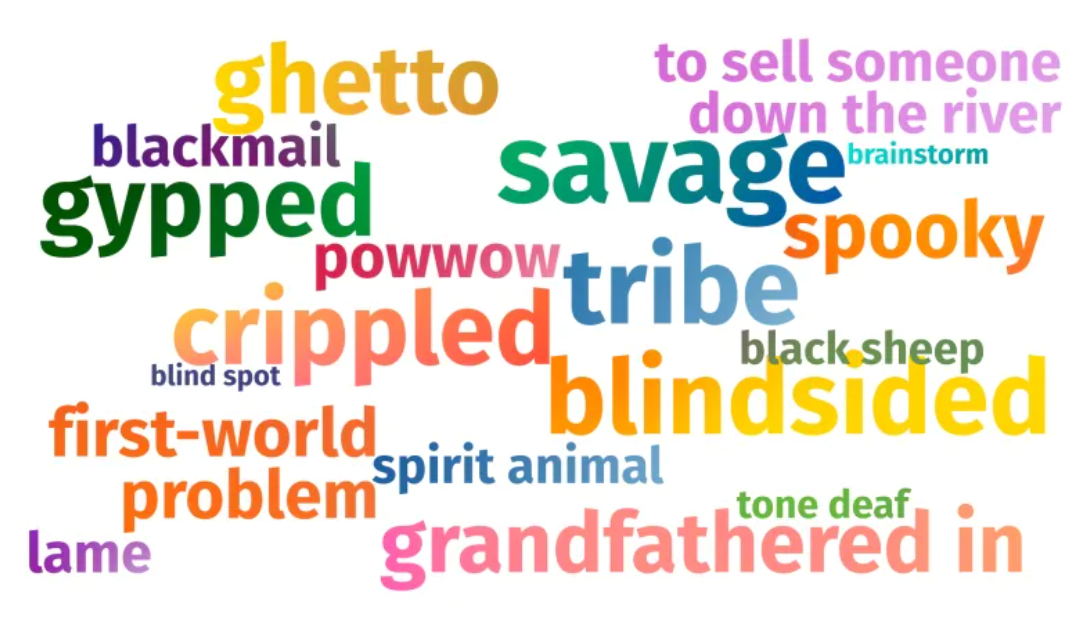 Number of Americans with a college-education who self-censor rather than express their opinions. 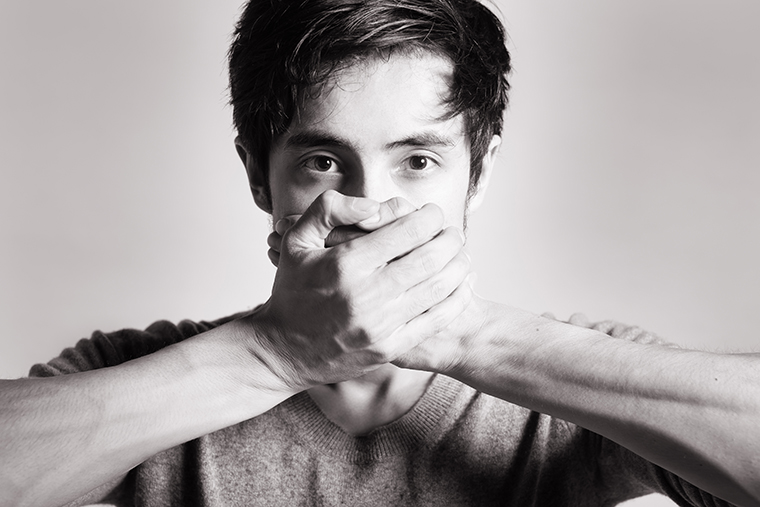 The Source | Free speech? Nearly half of Americans self-censor, study

Estimated annual financial impact on every Canadian due to freedom of speech deficit, compared with Norway. 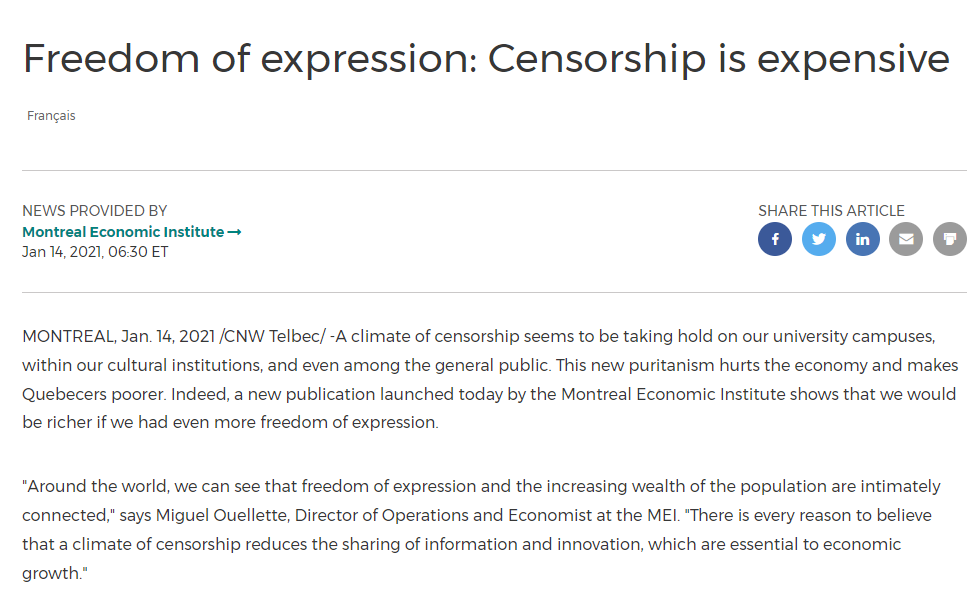 Montreal Economic In | Freedom of expression: Censorship is expensive

Latest: Shouting Myself Hoarse for Life

Latest: Monsters, Mobs and Me

Latest: Laugh or Cry After COP26

Latest: Is Canada Worth Our Sacrifice?

Latest: Will Canadians Stick With Justin the Changemaker?