Convivium: You’ve just argued for Ontario doctors conscience rights, and were part of the group that forced Ontario to release statistics on abortion. How are the issues linked?

Albertos Polizogopoulos: Both have to do with freedom. The abortion statistics case was necessary to ensure that a free and democratic society has relevant information about political issues, in this case abortion, so citizens can exercise their democratic rights. In the conscience case, it was all about freedom, and whether the government - the government in this case being the (Ontario) College of Physicians - could compel individuals to do something they believe to be wrong.

Convivium: Let’s start with the abortion statistics case. How did that become a legal fight?

Albertos Polizogopoulos: I represented a blogger named Patricia Maloney who operated a pro-life blog. For years, she would do Freedom of Information requests related to abortion in some way: how many occurred, how much did they cost the taxpayer, those kinds of things. When she got information for her requests, she would write about it.

In March 2012, she made a request to the Ontario government for a chart that showed the number of abortions within a specific gestational age in a fiscal year, and how much those abortions cost. The response she got from the government was: “We're not going to give you this information because of the amendments that took place in 2010.”

In 2010, the Ontario Liberal government amended the Freedom of Information and Protection of Privacy Act, the FIPPA, to make it more transparent by applying it to other kinds of institutions such as hospitals. In doing that, they added one section, which said this Act does not apply to information related to the provision of abortion services.

They singled out the one area. Abortion had never been mentioned in the legislature, it hadn't been debated. The amendment went through very easily. So Patricia appealed that decision to the Information and Privacy Commissioner. I became involved after she initiated those appeal proceedings. We lost. The IPC said, well, the Act excludes it so there's nothing we can do. There's an internal appeal mechanism, which we exhausted and were unsuccessful. Then we took that to court to judicially review the decision of the IPC.

About a month before the hearing, after she had incurred legal fees, the ministry of health said: “Here's the document you've been looking for. We're giving it to you outside of the FIPPA. So your case is now moot.”

So we launched a Charter challenge to the section of the Bill that excludes abortion related information. Our argument was that she requires the information to benefit from her freedom of expression. And the court agreed.

Convivium: What was the argument for holding the information back in the first place?

AP: We don’t know because nothing discussed in the legislature. But the after-the-fact explanation the government gave us in the face of this Charter challenge was the need to protect the privacy and security of women who sought abortions, and individuals who provided them in abortion clinics and hospitals. The court found the government had tendered no evidence to suggest this was a legitimate concern, or that it was their concern when they passed the legislation.

In the Charter challenge, the Information and Privacy Commissioner, who we had opposed in the past, intervened. They didn't take sides but their argument was the information covered by the impugned section was non-identifying and only of a statistical nature. The Freedom of Information Act has built-in aspects to protect privacy. That’s why it's called the Freedom of Information and Protection of Privacy Act. So any information prior to the legislation, which would have been identifying, would have been redacted in any case

C: What's the status of the legislation now?

AP: The Declaration of Invalidity (of the section) is suspended for 12 months. The decision came out on June 9th. 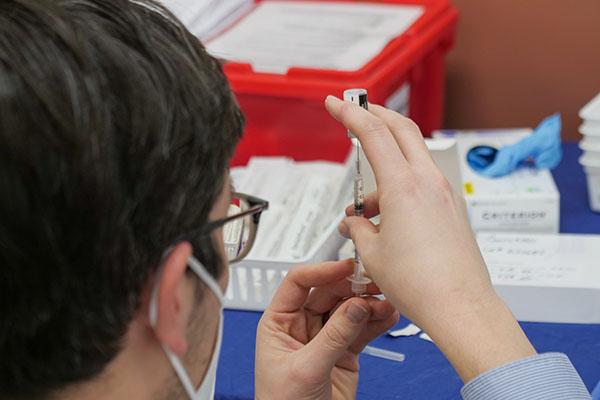 AP: We actually argued the opposite. We said that because abortion is perhaps the most politically divisive issue in the country, we need the information. We need to know how many, in what areas, if there are some areas that have a higher rate. That is relevant information the public should know.

So it was not a medical argument. At its core, it wasn't about abortion. It was about access to information. We didn't argue whether abortion is good or bad, or moral or immoral, or whether it should be legal.

C: To flip it around, you then went to court and argued that doctors who refuse to perform euthanasia or assisted suicide, and also refuse to refer patients to doctors who will perform those acts, are entitled to Charter protection of conscience rights. They have a right to say, “no, I'm not even going to make a referral.” But if information should flow freely, shouldn't those doctors be equally compelled to say, “just go and see Dr. Bloggins down the street, and he will do the deed for you?”

Should doctors be compelled? No. The Charter doesn't compel them to do anything. It protects them.

C: So was your central argument in the euthanasia case that this is an intensely held personal belief, and you cannot simply use the power of the State to compel people to violate their own consciences, even if there is a demonstrable need for that service?

C: You said in court that it was a simple case, didn’t you?

AP: I did open by saying at its core it was a simple case because it was all about freedom. And I said that in the face of 55 volumes of material I had submitted to the court, and 150 pages of legal argument I had drafted for the court. But at its core, that's what this case is all about.

We argued that there was no problem here to fix, the policies are not unique to euthanasia or assisted suicide, they apply to everything, including abortion. No other province Canada requires it. So what is it that everybody but Ontario could figure out?

Our alternative was that even if there were a problem, there's an element of the legal test that requires proportionality; the good has to outweigh the bad. And we said it simply doesn’t outweigh it here.

C: Just to press you, the procedure is legal. The federal government has changed the Criminal Code. So, if it's a legal procedure that some would say people need to obtain, shouldn't the doctor necessarily have to make a referral? If I want to have my toenails clipped, and a doctor is qualified to do it, surely he can't simply say, “No, I'm sorry, I don't clip toenails and I won’t even help you find someone who does.”

I grew up in a small town in Northern Ontario. We had three family doctors and if you needed any kind of serious surgery or specialty work, you had to leave. Could I compel an individual physician in that small town to do something he or she was not qualified, competent, or willing to do? No. If there were a Charter right to have ophthalmology treatments, then the government would have to ensure that every town in the country has an ophthalmologist. But there's no such right.

C: But didn't the Carter decision give Canadians the right to terminate their own lives with medical assistance?

AP: The effect of it has been to invalidate the section of the Criminal Code that prohibited it. It did not create a standalone Charter right to assisted suicide. But the mere fact that the Supreme Court said certain criteria must be met to have your rights violated under the complete ban is actually evidence they didn't create a constitutional right. A constitutional right applies to everybody equally.

Carter did say that nothing in the decision compels physicians to participate in the provision of assisted suicide. I don't know that a provincial government could have said, “We are simply not going to allow it.” But I think it certainly would have been within a province's jurisdiction to say, we're not going to fund this with public dollars.

C: What are the implications for the case?

AP: If the court says these policies that require physicians to participate in the provision of certain procedures or drugs (at least by) referring for them, we'll obviously have to consider our appeal. I think the real world consequences are going to be a lot of physicians either leaving Ontario or leaving certain specialty practice areas. The more vulnerable are going to be obstetricians, family doctors, palliative care doctors, emergency room doctors.

C: If your arguments are upheld, will that deny the provision of assisted suicide?

AP: If we're successful. One of the examples we've tried to use was an example that even non-religious individuals might agree with, and that is a 21-year-old male seeking a vasectomy because he wants to have unprotected sex without the risk of getting women pregnant. Many of the doctors we've spoken say they wouldn't perform the operation because it's irreversible and the guy asking is obviously a young punk who will grow out of it. Under the current (Ontario) policy, if a 21-year-old male goes to his family physician saying, “I want a vasectomy because I want to have unprotected sex,” that family physician has an obligation to refer them to somebody who will perform the vasectomy. If we're successful, they won’t have that obligation.