We live in a moment when daily, if not hourly, crises mark our interior landscapes and seem as externally real to as the stones and fields and waterways that shaped the contours of earlier generations.

I’ve been writing this week about the way Canadians have been swept over the roaring information waterfall and plunged in a kind of suspended frenzy from the “crisis” of Indigenous railway blockades to the fresh hell of a spreading global virus most of us had never heard of when the new year began.

One immediate effect of such violent instability is a dizzying distractedness that makes coherent political response at best a matter of sheer luck and reduces to just about zero the odds of having measured, respectful, prudent national conversations.

In a talk given at Montreal’s Newman Centre in mid-February, and in a later interview with Convivium, Cecil Chabot identified several crippling effects that characterize what passes these days for meaningful discussion about the state of Canada and the world around it.

Chabot, a post-doctoral research fellow at Concordia University’s School of Community and Public Affairs and a part-time faculty member in its First Peoples Studies Program, was directly addressing issues surrounding Indigenous reconciliation. Yet his approach to those particulars can be extended to a much broader diagnosis and restorative for the ills that beset us. It’s important to reflect that those ills are as much spiritual as material; as much a matter of what we allow to govern our hearts as what political life and incessant media noise seek to cram into our heads.

“Reconciliation between peoples (can) only be built on a commitment to see, emphasize and cultivate what is best in each other (without being) blind to our common capacity for evil,” Chabot noted at the Newman Centre talk entitled Envisioning Reconciliation amid Secular and Religious Call to Conversion and Action: Lessons from a James Bay Cree Leadership Program.

While the Newman talk was billed as being drawn for a specific leadership program of the James Bay Cree, Chabot’s words and his personal comportment are invariably drawn from his personal formation as a rare white kid growing up among northern Indigenous people, and developing a lifelong fascination for how their lives are lived.

It is not the shortcut of “going native” and seeking to turn Indigenous experience into white-hued fashionability. In fact, in his chat with Convivium, Chabot identified the habit of identity shortcuts, positive or negative, as something we need to ward off and/or wean ourselves away from in this era of short attention span addiction.

“We constantly see the reduction of the ‘other side’ to the very worst characterizations, which can be perceived as a shortcut to strengthening ‘our’ side. But in the end, it’s a shortcut that weakens ‘our’ position because anyone who sees the holes it leaves will be more likely to dismiss the valid points made. What happens then? People move to extremes.” 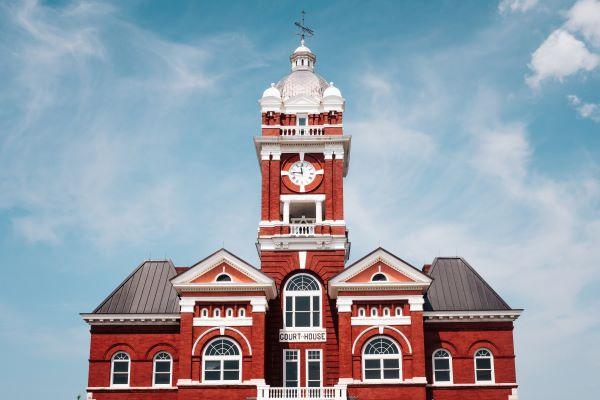 The shortcut becomes a fast track to ending the conversation and starting the shouting. Demonized, we see those who demonize as demons themselves. He points, as an example, to the “deficit paradigm” used with regard to Indigenous peoples.

“There are these simplistic, competing and polarizing paradigms that both feed off each other and consume each other. They feed off of, and into, each other. One view says, ‘The problems we have today are because Indigenous people aren’t getting with the 21st century.’ It’s all about Indigenous peoples. If they have a deficit, it’s their fault.

“On the other side, it’s expressed as ‘Look, if we (Indigenous people) have any issues in our community, it has nothing to do with us. It has everything to do with white people, with the government, with colonialism.’ Both views are entirely reductive and deliberately leave out the balancing effect of success stories. There are shortcomings. There are difficulties. There are tensions. So, let’s just ignore what actually works.”

A sort of sub-paradigm, and an underlying trap, is to insist that every such paradigm or pattern must be a 50-50 responsibility. Maybe, Chabot says, a goal should be to recognize the reality of, say, 80-20 responsibility for a specific situation and try to move toward the level of shared accountability that history, politics, forgiveness, and personal reality allows.

He uses the example of an Indigenous father of children who’ve committed suicide, and who himself came out of the residential school system woefully ill-equipped to be a good father.

Compounding that struggle, he points out, is the silencing effect of being afraid to acknowledge historic, political, social, personal responsibilities in case any such admission is used by “them” against “us.”

“I think there’s a lot more willingness on the part of people to acknowledge certain things they know internally are true but can’t express externally because of the fear that someone else might take it and twist it to their advantage. What that leads to is the polarization appearing to be greater than it actually is.

“There’s a lot more common ground than there seems to be, but there’s not enough trust to bring those common points to light. It takes tremendously courageous people to be able to see those points of common ground, to see the good in the other, to see where others are coming from.”

Chabot points to a concrete historical example of the “reality of cycles of starvation, displacement and migration” that has shaped the reality of Indigenous people in the north. The harsh reality of animal population growth and decline fed periodic hardship and starvation. Canada genuinely came to help, and the help was gratefully received because of at least an internal Indigenous communal recognition that, well, help was needed to fend off hunger. But that help, even given with the best of intentions, raised the risk of dependency.

“There are plenty of examples of communities affected by negligent resource extraction, basically poisoning people’s land and waters and sharing no benefits of that extraction with them. But there are also communities where there were periods of hardship that had nothing to do with outsiders, yet outsiders came in to help.

“But how that help is given has to in turn be shaped the right way. It can’t be done in such a way that it further undermines people’s capacity to lives their lives as they wish. If you take away people’s livelihood and give them back welfare, you’re not actually giving them something back. You’re taking something away at another, deeper level.”

That isn’t, Chabot stresses, an argument for shredding the social safety net. It’s a call for reconciling the past and present, as well as relating in the future on the common ground of a commitment to seeing, emphasizing and cultivating what is best in each other. In other words, it’s about turning the daily/hourly crisis machine down to at least a dull roar. It’s seeing the whole truth of those before us with the same concreteness that our antecedents saw in their surroundings.

“There are moments in early Canadian history when many of the fur traders out on the land would be starved without Cree help. There are also moments when the land was able to provide enough for the Cree, for the Hudson’s Bay Company, and other fur traders. And there were other times when it became critical for the Cree to have the European supply chain for backup. That is what helped everybody through, the fur traders and also the Cree. There’s a long history of partnership.”

Partnership. A vigorous plosive consonant to start. A lovely sibilant “shh” to calm things down and let us imagine what the whole word means.

When Far Goes Too Far

Although he has long been known to ruffle feathers, Don Cherry took things a step too far in his remarks this weekend, writes Peter Stockland.