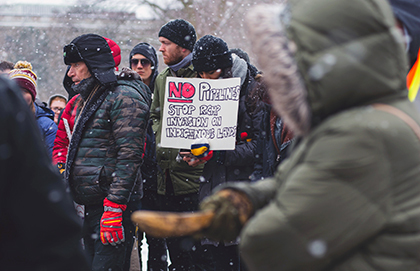 At the outset of the novel coronavirus outbreak last month, satirical news website The Beaverton reported public health officials in Toronto had determined side-effect “idiocy” about the disease was spreading 10,000 times faster than the infection itself.

The sheer speed of the disease’s credulity curve left official spokespeople almost too breathless to speak, The Beaverton claimed.

“Becoming a complete moron during an infectious disease outbreak is far more viral than we first thought,” it quoted Dr. Jeanne Smith of Toronto Public Health, whose almost-certain mythological existence probably wouldn’t have made it past an inebriated overnight editor at a British tabloid. (Google does turn up a Jeanne Smith who worked in public health. In New York City. She died in 2006).

There is, however, one incontrovertible fact revealed by The Beaverton news beavers: “Patients are usually asymptomatic until they open their mouths or start tweeting.”

There is also a substantial side benefit to the report’s entirely contrived “idiocy” side effect, namely that even growing mass hysteria can be a source of humour. There’s nothing funny about people dying from genuine global contagion, of course. At the same time, there’s no better reset for a widescale outbreak of whoop-whoop than pausing to have chuckle at our own exaggerated responses. Obviously, that’s exactly what The Beaverton satirists aimed at.

Such a pause provides time to rethink, as well, why information being presented is coming at us in a given form and volume. You don’t need to be a xenophobic conspiracy theorist to realize in 2020 that the most important question about viral content is the cost-benefit of its speedy spread.

For the record, once again, I do not believe in conspiracies. Why? Because I’ve witnessed six people trying to divide a lunch bill in a Chinese restaurant and almost erupt in fisticuffs over who ordered and ate the most General Tso Chicken. Belief in planet-wide collusion becomes delusional after that.

Yet even if we prefer to spare ourselves wasted energy diving down the rabbit holes of Lenin’s famous “who benefits?” question – the assumption being that someone somewhere is directing everything out of naked self-interest – we can still consider the cost to ourselves of investing, or at least over-investing, in almost moment-by-moment updates on the latest development in whatever our attention is directed toward.

As I tried to argue in yesterday’s column, a huge, albeit all too often hidden, cost is the form of distraction that Alfred Hitchcock called a MacGuffin, a narrative device that propels the plot forward but also diverts the audience’s attention elsewhere to enhance the story’s payoff. The mushroom cloud of social media has made this the great era of MacGuffinness, sometimes intentional, sometimes opportunistic, probably most often just as an accidental outcome of sheer volume.

My own sneaking suspicion, totally unsupported by one single fact, is that the Turn It Up to 11 volume of the coronavirus coverage falls pretty squarely between opportunistic and accidental on the distraction scale. Right now in Canada, we have a critical issue facing our population that has been in part overlooked due to the coronavirus talks. A pressing example of how distractions can keep us from focusing on what’s important.

Regardless of the reason for this particular distraction, there’s a perniciously ill-effect of the coronavirus’ ill-timing just as the CN railway blockades are coming down following at least temporary resolution of the Wet’suwet’en crisis in northern British Columbia and southeast Ontario. 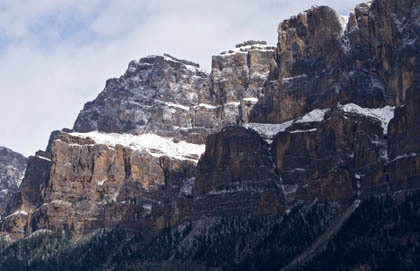 Most Canadians consider the worst effects of those blockades and that crisis in primarily economic terms. It’s not an unreasonable response given the sheer dollar cost to the country of a primary transnational rail link being shut down for weeks. What far outweighs that immediate term loss, however, is the strategic significance of groups in the country – especially Indigenous groups with deep historical justification for acting on long unresolved injustices – realizing the practical reality and power of such shutdowns.

For the first time in our post-Confederation national narrative, Indigenous groups coordinating with each other across provinces have used civil disobedience to get the full country’s attention and spell out the terms under which resolution would occur. That has happened before at the political level when Elijah Harper found himself holding an effective veto in the Manitoba legislature to scuttle the constitutional reform of the Meech Lake Accord in 1990. But in the arena of civil disobedience, actions by Indigenous groups have always been essentially localized events in Oka, in Akwesasne, in Ipperwash. They might have generated solidarity, but never coordination.

The true, and I believe looming, crisis for this country will come down the road if distraction over something somewhere, e.g., the novel coronavirus, causes ordinary Canadians to rush from one calamity to the next with the fixed beliefs in mind that a) it won’t happen again b) we just need tougher politicians in place to deal with the “bad actors” and c) the “bad actors” are solely to blame for flouting the norms of Canadian society. 1.) It will. 2.) We don’t. 3.) They aren’t.

“When will this country wake up?” former New Brunswick lieutenant governor Graydon Nicholas asked me in exasperation when we spoke before the blockades finally came down. “The general public doesn’t want to be inconvenienced. Well, who does want to be inconvenienced? But the only avenue Indigenous people have in this country is to stand up for their rights. If they don’t, who’s going to stand up for them? Who’s going to be their voice in the wilderness?”

Nicholas himself is hardly the image of a wild-eyed rebel activist. New Brunswick’s first Indigenous lawyer, provincial court judge and lieutenant governor, he also has a Master’s in social work and held a chair in Native Studies at St. Thomas University. His long years of researching and teaching law have left him painfully familiar with how little most Canadians know about the country’s real legal relationship with Indigenous people.

“The (role) of government, the Crown in Canada, is to protect the interest of Indigenous people. That’s what the honour of the Crown means. That’s what the fiduciary responsibility and the relationship is all about. Unfortunately, a lot of politicians in this country, including the Prime Minister, and the majority of people in this country don’t understand that. They need to learn it.”

He points out that Canada’s 2010 acceptance of the United Nations Declaration on the Right of Indigenous Peoples, followed by the multi-volume report of the federal Truth and Reconciliation Commission in December 2015, are not just suggestions to be cherry picked or entirely ignored.

“The calls to act (in the TRC report) were not recommendations. They were to remind Canadians at all levels what Indigenous rights mean; that this was not a terra nullis (uninhabited land) where Indigenous people could just be pushed out the way.”

Nicholas says Canadians should make themselves aware, too, that generations of young people have emerged from the agitation of the late 1980s and 1990s who are superbly educated, strategically well prepared, and ready to take the cause of Indigenous rights forward whether that’s in the courts or in acts of civil disobedience exemplified by the recent blockades.

“This is not going to go away, believe me,” Nicholas says. “When you’ve got ports in Vancouver and Halifax blocked, when you’ve got railroad tracks across the country blocked, international bridges and downtown Toronto or Montreal, Canadians have to realize (they) can’t deal with it by trying to criminalize it. Trying to use the enforcement arm of Canada is not going to work. There are just not enough bodies. There have got to be conversations (among Canadians) that start with an understanding of the full legal rights of Indigenous people.”

There is cause for optimism that understanding will percolate into the collective consciousness soon enough to salvage efforts at reconciliation between Canadian and Indigenous societies, says the University of Saskatchewan’s Dwight Newman. At the same time, listening to Newman’s methodical, cautious assessment makes clear that assuming the divide between us will simply go away on its own constitutes magical thinking of the more perilous kind.

“There are perils for reconciliation but there always have been and we’ve worked past those. There remains a lot of will for reconciliation among Indigenous communities and in the broader Canadian community. I still think bridges can be built. But there’s a delicate balance to be managed. When blockades go up, it’s always a delicate balance how people will react,” he says,

Newman holds a Canada Research Chair in Indigenous Rights in Constitutional and International Law at the University of Saskatchewan and is also a Senior Fellow with the Macdonald-Laurier Institute. He echoes Graydon Nicholas is seeing the core of the Wet’suwet’en crisis as frustration boiling over as the local community waited almost 25 years for the Supreme Court of Canada’s Delgamuuk decision recognizing Indigenous title to be put into effect.

Most Canadians probably aren’t remotely aware of that decision, he says, though it profoundly reshaped the understanding of Indigenous land use and ownership in relation to the broader society. And such changes will continue in the years ahead as Indigenous groups gain in economic clout and press their understanding of their rights more vigorously.

“There are a lot of different misunderstandings of Canada’s relationship with Indigenous peoples. People haven’t realized the changes that have occurred. In the years ahead, it’s going to come as a surprise when Indigenous communities that are economically successful use that success to really move forward in powerful ways. How Canadians react will be very interesting. Hopefully, it will be with greater awareness over time,” Newman says.

One of the key necessities for awareness exists at the spiritual level, not just in terms of familiarity with Indigenous talismans such as eagle feathers or rituals such as the sweet grass ceremony. Rather, it must be in the way reconciliation itself is not just an economic or political process, but one that intrinsically involves the soul’s understanding of how to regard other people.

Tomorrow, I’ll share the thoughts of a Quebec scholar in the field.