Andrew Bennett insists a recent set of public demands by Canada’s Medical Assistance in Dying lobby amount to nothing less than imposition of MAiD ideology on religious faith.

“The agenda is truly disturbing and people need to be made aware of it” the program director for the Cardus Religious Freedom Institute told Convivium. “I think MAiD itself is a manifestation of our failure as a society but it (is legal) and until such time as it is made illegal again, there must be protections for faith-based institutions that have refuse to have their patients killed.”

Bennett was sharply critical of several demands issued last month, at the very peak of the COVID-19 pandemic’s first wave, by a B.C.-based lobby group called the Canadian Association of MAiD Providers and Assessors. He said CAMAP’s proposal for assessments of prospective MAiD patients to be done by video conference shows it’s using the political tactic of exploiting a crisis to achieve it’s the objective of eliminating all legal restrictions on medically administered death. He added the group’s claim that its primary interest is the safety of patients and their loved ones during COVID-19 flies in the face of what the procedure involves.

But CAMAP’s call to force faith-based institutions to permit MAiD is the most alarming, Bennett said. The issue arose because certain jurisdictions prohibited the transfer of long-term care patients to acute care facilities in a bid to stop the COVID-19 outbreak.

and prohibit MAiD,” the group said in a posting in its website. “Patients resident in these facilities have previously been transferred to other institutions that do not prohibit MAiD. 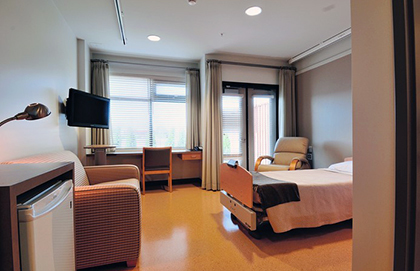 CAMAP believes that if necessary provincial governments should issue directives to all faith-based institutions requiring them to allow MAiD when the transfer of patients has been prohibited for reasons of public health.”

Bennett said the demand smacks of outright intolerance for those who reject MAiD on religious or even moral grounds.

Nicole Scheidl, executive director of the doctors’ rights group Physicians for Life, said she finds the CAMAP demands disturbing even though her organization is not faith-based. Physicians for Life has been a leader in the battle for protecting the rights of its members not to be forced to be involved in MAiD provision.

She believes, as Bennett does, that CAMAP is using the COVID pandemic as a pretext to push its agenda in advance of federal government hearings into further expansion of MAiD in Canada.

“You don’t want to waste a good crisis, right?” Scheidl said. “It’s a highly unusual time, and that’s their wedge in the door. I think they have a real agenda to make sure that (doctor-assisted) death is available at any time.”

Scheidl noted the paradox of CAMAP members pressing public demands for greater MAiD access at a time when frontline medical staff have made extraordinary efforts to keep alive people afflicted with COVID-19.

Edmonton Conservative MP Garnett Genuis pointed out there’s another, potentially more devastating paradox at work. The insistence on breaking down faith-based or moral objections to MAiD risks hurting patients the most.

“I think they (CAMAP) fail to understand the way in which violating conscience protection actually hurts patient access,” Genuis said. “It very clearly does because if you make it difficult for people in the (medical) profession who have a certain moral code, they’re going to find ways of limiting their practice or stop altogether,” Genuis told Convivium.