About the election, three observations: one about history, another about campaigns, and the third about religion.

First, history matters. Amongst those who desired a Conservative victory, there has been much talk about how Andrew Scheer and his team frittered away a “winnable” election. If only the Conservatives had chosen back in 2017 someone else – Rona Ambrose, Jason Kenney, Peter MacKay, John Baird – then the Conservatives would have steamrollered over Justin Trudeau. Well, none of them ran, and they did not run precisely because they did not fancy six years on the opposition benches before a chance for victory came. Why? Because as everyone knows, first-term governments in Canada are never defeated. Ever. Just doesn’t happen.

Okay, okay – there was one time 84 years ago, back in 1935, when the country was only 68 years old. R. B. Bennett was defeated in the midst of the Great Depression. And he was defeated by a former prime minister, Mackenzie King. So, the one time Canadians defeated a first-term government, it was to go back to the immediate past prime minister. We like stability.

The election was only winnable for the Conservatives in the sense that occasionally something that never happens does happen for the first time. By definition that is rare. It did happen this year that for the first time the party that won the most votes did not win the most seats, so make of that what you will.

I think it means the Conservatives did better than any opposition party facing a first-term government has ever done, but we can argue about that. What is not debatable is that the Conservatives confounded expectations by not winning. No one ever has, so it should not have been expected. 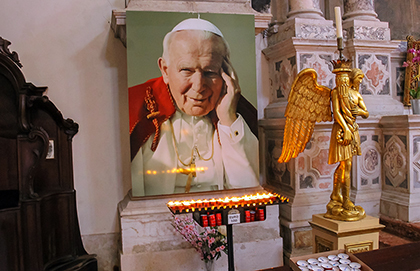 In Alberta earlier this year, the final vote count was almost exactly what polls had been showing as far back as November 2017, when Jason Kenney won the leadership of the newly unified conservative parties in Alberta. Between then and the election, the governing New Democrats entirely changed their climate policies, and spent 18 months decrying Kenney as the second coming – but much, much worse this time! – of Genghis Khan. None of it, despite fevered analysis of this or that surge, apparently made any difference.

So, the one time Canadians defeated a first-term government, it was to go back to the immediate past prime minister. We like stability.

It is not the case that campaigns have no effect, but the latest federal campaign appears to have come in exactly where things have been for more than six months, with the Liberals and Conservatives very close in the 33 per cent to 34 per cent range of the popular vote. The late surge by the NDP and the Greens was less than advertised. Perhaps only the Bloc can be said to have changed its circumstances during the campaign itself.

Finally, religion took a beating in this campaign. In his post-mortem, my National Post colleague, Matt Gurney, wrote lines that he himself found distressing:

But the biggest mark against Scheer as a leader is probably his religious beliefs. I feel dirty even writing that, because I respect the right of every Canadian to hold their own views on spiritual matters. But I’m also a pragmatist. The Liberals, whenever facing any headwinds, will always, always play the so-con hidden agenda card. It’s low, and often pathetic, but it works, and they aren’t going to stop. And it works best of all when the leader is indeed in fact a social conservative, and one who seemed weirdly unable or unwilling to answer simple questions about how his faith intersects with his professionalism. These were questions the leader and party must have known were coming. They had nothing to say.

I wish we lived in a country where every citizen was permitted the respect and dignity of a private spiritual life. But that’s not the country we live in, especially if you’re a Conservative. It’s an automatic anchor wrapped around your neck. Perhaps if Scheer had been willing to confidently assert what his beliefs were, and also why he’d still avoid the contentious issues of abortion and gay marriage, Canadians might have been swayed by his sincerity. But his effort was late and barely half-hearted. It probably did more harm than good.

Let’s concede that Scheer could have handled the religion issue better; it remains ominous that there is a religion issue to handle. And while we will no doubt return to this topic, let it be noted that religion was an issue for the other opposition leaders as well. Elizabeth May began the campaign by apologizing for saying aloud what everyone who knows her knows, namely that she takes her Christian faith very seriously.

Jagmeet Singh, who would be barred from employment in the Quebec public service because of his religious dress, could only manage to say that it made him “sad” to be the potential subject of religious persecution. He is more than sad about other matters such as ocean-borne plastic.

There was no surprise that the NDP did so poorly in Quebec; voters who support by a 2-1 margin the state prohibition of religious attire were never going to vote for a man in a turban. And when Justin Trudeau repeatedly said in the French debate that Scheer did not “share our Quebec values” it sounded very much like the language used to justify Bill 21, that people who insist on dressing like Singh are alien to those same Quebec “values."

History made this election predictable, the campaign itself was marginal and the treatment of religion made it lamentable. What’s the old line about democracy being the worst system of government except for all the others? Agreed.

God Must Be Tax Free