Despite profound differences, I am fond of Elizabeth May. She is forthright – with perhaps the freedom that leading a small party allows – and seems good fun. We have hosted her at our Cardus Ottawa office for a panel discussion. When I have run across the Green Party leader here and there, the exchanges have always been cordial.

All of which is the kind of thing you say when there is a “but…” coming. Which there is. Her recent “power lunch” interview with CBC’s Power and Politics podcast was a disappointment. Not only did she appear to concede that Christian faith has no room in our political conversation but, even worse, she appeared to reduce the Christian faith itself to a political program. The rapid-fire nature of the interview likely did not do justice to the full nuance of May’s views, but the interview as it stands leaves the impression that Christianity is a political program, but one that is not welcome in our politics.

The CBC’s Vassy Kapelos conducted the interview. I confess that I am unfamiliar with Kapelos and how she usually conducts interviews, but this one was a series of vigorous agreements on a range of issues. May was in friendly territory. After the policy part, Kapelos asked May who her political hero was.

“Flora MacDonald,” May said. “I loved Flora and loved how she stood in our Parliament with such dignity.”

The late Flora was our MP in Kingston and the Islands for 16 years, so that was nice to hear.

“Who is your personal hero?”

The Green Party, she said, was “inclusive and all-embracing.” May explained that it includes people of various faiths, many of whom think that believing in God is utterly “foolish.”

“Because he led a revolution that was nonviolent and he has inspired people for 2,000 years. I rely on his advice a lot.”

“Why did you say ‘sorry’?” Kapelos asked. 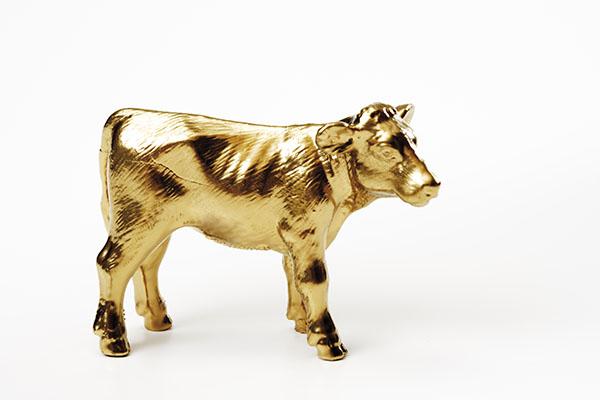 The COVID Golden Calf
Giving Thanks, Living Faith
The Lion, the Beach and the War Horse

“I gave you my quick, honest answer… I did not self-edit,” May responded. “In Canada politicians should not wear their religion on their sleeve.”

The Green Party, she said, was “inclusive and all-embracing.” May explained that it includes people of various faiths, many of whom think that believing in God is utterly “foolish.”

It turns out that “all-embracing” means something other than, well, all-embracing. May felt that answering honestly about her faith in Jesus Christ was somehow out-of-bounds.

My non-religious colleague at the National Post, Matt Gurney, pointed out that this was a very peculiar kind of tolerance, in which a devout Christian speaking about the centrality of Jesus Christ in her life requires an apology.

How central is May’s faith in Jesus to her? At the conclusion of the interview, when asked what job she would do if not in politics, she spoke about a vocation to ordained ministry.

“I don’t like politics at all, I would like to have another job,” said May. “I would go back to the path I was on before, to become an Anglican priest.”

It’s in that capacity that I objected more to May’s interview. That all identities are welcome, but Christian beliefs are to be excluded – that’s a story that is more the norm than the exception in progressive politics today.

Yet as a former divinity student, May should have known that forcing Jesus into the categories of modern politics is, to borrow the phrasing of St. Paul, to empty the Cross of Christ of its power (cf. 1 Corinthians 1:17). Jesus is not Mahatma Gandhi or Martin Luther King; to begin with, his “revolution” was not at all apparent at the time. As a revolutionary, he was rather unsuccessful in reforming the political and social structures of his day; indeed, those who understood him in political terms were frustrated.

Jesus did not come to point out a better way, as innumerable social reformers and revolutionaries have done. He said that he is the way. The followers of political leaders might be willing to die for their cause; Jesus expects his disciples to die not for a cause, but for him. Take up your cross and follow me. Jesus is not about a better way, or even sound guidance. Jesus is about Jesus, yesterday, today and forever.

So Jesus is not like another hero, though I suppose one might well regard him as a hero or a friend or a brother. Jesus is God and he came to bring us God, to reveal to us the Father who sent him and to send upon us the Holy Spirit.

Why did May leave her studies for ordination to enter politics? Because “I have to save the world,” she said.

The world needs saving. The good news is it has a Saviour. And that is much better than having a hero.

The Lion, the Beach and the War Horse