Deani Van Pelt: Saskatchewan made a bold move in 2011 by announcing the new category of Qualified Independent Schools. It was bold because other provinces across the country were not making very many changes, if any, on independent school policy. Just for that reason it stands out as a province adjusting or adapting independent school policies, showing it was a leader and, in hindsight, worthy of attention from the rest of the country.

Peter Stockland: Through the early 2000s, wasn’t Alberta something of the leader in terms of diversifying forms of schooling: independent and moving into charter schools, and so on? So, did this move, in a sense, vault Saskatchewan ahead of the innovations that Alberta had been making?

Deani Van Pelt: Alberta was using an awful lot of mechanisms for diversifying the alternatives within education. It was expanding its public school systems with more alternative schools and, as you say, was including charter schools and so on. In this case, Saskatchewan may only have been catching up to the diversity of options that were taking place in certainly the provinces to its east and to Alberta and British Columbia.

Saskatchewan was moving forward and saying, "Parents want more alternatives." Perhaps they looked over their shoulder and saw what had been going on in Alberta a decade or so earlier. Establishment of the category, qualified independent schools just expanded the option for parents to choose independent schools where some of their children's education would be funded.

PS: You reference a quote from a 2015 presentation by a ministry official in Saskatchewan: "Parents have the right to direct the education of their children, and the State has a vested interest in the education and wellbeing of students." That's a fairly bold statement, even in 2015, isn’t it? I mean, education policy makers wouldn’t dispute the interest of the State in the wellbeing of students, but there have been a lot of recent challenges to the right of parents to direct the education of their children. Is that statement reflective of the trend you're tracing in the paper of having the kind of schools parents want for their children?

DVP: Absolutely. That's clear from my conversation with the Ministry of Education and certainly (is reflected) in the many documents that we reviewed for the writing of this paper. It was a refrain we heard over and over. It was very legitimate that the government recognized the role parents have, that they do have the right to direct the education of their children. This additional move for qualified independent schools was another move in that direction.

Independent schools are very diverse from one another. They don't fit a typical stereotype.

PS: It's interesting that it was viewed as in the best interest of the public, not just the parents, not just the students, but from a public perspective and even from a governmental policy and political base. This was a good, broad social thing to do. Again, that's not really the way we often perceive school systems operating these days, is it? We tend to think of them coalescing around their interests versus the interest of parents, students and the broader public.

DVP: Yes, there were certainly very articulate statements from the government about the benefits to all of the stakeholders, to students, to parents, to the schools, to the wider public and even to government. There'd be more transparency, more accountability, more choice. Each of these items were viewed as benefits to expanding funding for this new category of independent schooling.

PS: It seems the population directly affected by the change is relatively small in percentage terms. If I'm reading it correctly, 2.4 per cent of students in Saskatchewan attend independent schools. What I gather from the paper is that regardless of that raw number, the change has been important simply for the willingness to show an intention at a policy level to make this kind of change, to broaden what we've been talking about here.

DVP: The recognition of minorities and the response to create greater equity for minorities comes through loud and clear. I think that was one of the major findings as we went through and analyzed the data not only on the number of schools that became Qualified Independent Schools, but also on the number of students that then enrolled in qualified independent schools. This was not a ground swell of change. It was almost, rather, the correcting of an inequity for a small minority that desires a certain type of education for their children, and they were barred from it because of financial considerations.

PS: The numbers of the schools, particularly in terms of the Qualified Independent Schools, has been pretty stable, although there seems to have been some growth in the student population. There are more students attending basically the same number of schools.

It has meant a lot of stability. In terms of student enrollments, just a nice steady increase over the six-year period.

PS: There was also a change from 65 per cent to 73.4 per cent of the qualified independent schools being faith based or religiously oriented. I think the stereotype is that if you want this kind of school, you want it to be a religious school. But that's not necessarily so, is it?

Independent schools tend to be smaller. They tend, about half of them, to be religious. Then the other half approximately focus around some kind of unique pedagogical vision. Either they serve a special group of students or maybe they gather around a certain educational philosophy, say, Montessori or Waldorf. Maybe they gather around a certain subject area, art, sport, STEM subjects. Maybe they have a unique delivery mechanism. Maybe it's a virtual school or perhaps it's a flexible school where students are at school half time and out in the field the other half of the time. 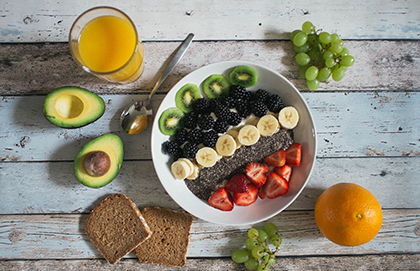 PS: On that broader national level, a move such as Saskatchewan made, is it enough for progress in breaking down the stereotypes that you're mentioning? Does it help to combat the omnipresent mentality that the only good school is the so-called public school in every neighbourhood. Are there other things that are happening similar to Saskatchewan’s change that will eventually turn that mentality around?

DVP: You're quite right that’s how we think about the traditional public school to which our children would be assigned. The vast majority of students in this country do indeed attend those schools, so that is the framework. That is our default. But what is changing across the country is the fact that share of students attending our local, traditional public schools is in decline. What is increasing is the ability of parents to choose other forms of education for their children. Independent school stands at the top of the list for where parents are turning other than their local neighborhood school.

PS: I know you're not terribly comfortable with the idea of designating a particular class of schools as public schools because all schools are ultimately public schools: they produce students who go out into the public.

PS: The second paper, which you’ve written with Cardus Senior Researcher PS Jon Mitchell, is on the growth and development of independent school associations. Why does that matter?

PS: Has that coming together, that coalescence added to their ability to speak into the public sphere more effectively? Do they affect public policy more effectively now than they did, say, 15 years ago?

We took a snapshot look at 56 independent school associations in Canada and asked those questions.

PS: Where you surprised by the mapping? Obviously, you're extremely well versed in this field. Were there trends you weren’t aware of?

DVP: Yes, definitely. We were surprised that of the 56 associations we looked at, three fifths had a provincial nature. We would have expected far more to just be focused in their province. The reason is in Canada education is under provincial jurisdiction.

We were quite surprised when we found that two out of every five associations served an interprovincial jurisdiction, a national, or even an international jurisdiction. We thought, again going back to the question of independent schools being isolated, it spoke to the fact that through their associations, they are connecting provincially, but also across provinces. That caught us by surprise. The national connectedness of independent schools seems to be highlighted through the findings of this study.

PS: Does that indicate to you a desire as well to have an impact on the the educational policy environment and contribute to the national conversation about what constitutes education?

DVP: We did look at the functions of the independent school associations, and we found they had four major ones. They were involved in professional development, involved in government and public relations – that would be that advocacy side you're focusing on – they're involved in administrative support – best practices for school design, that sort of thing – and then involved in serving students.

We concluded that perhaps because of the presence of funding, even as in the instance of Qualified Independent Schools, there's more accountability. There's more of a relationship between the school and the provincial government through the funding mechanism. Hence the need, the opportunity, the desire for more interaction and more relationship with government.

PS: To what extent, in Ontario at least, is that from a lingering fear of political backlash? Or is it that independent schools are doing well enough in Ontario and they’re saying thanks very much, we'll just get on with what we're doing?

DVP: The motivations are very hard to say. The fact more associations are present in the funded provinces is a clear finding from the study.

PS: I going to go out on a limb and guess you want to say Ontarians should get busy and start organizing independent school associations. Is that fair?

DVP: I personally believe that associating makes us all stronger. Being accountable to one another, working together improves the quality of what we do. When we learn from one another and associate with one another, we all improve.

DVP: It’s important to highlight the fact that independent schools, although independent, do not operate in isolation. Their instinct is to associate. We see strong evidence of associational activity across the country and I think we should be encouraging more of it.