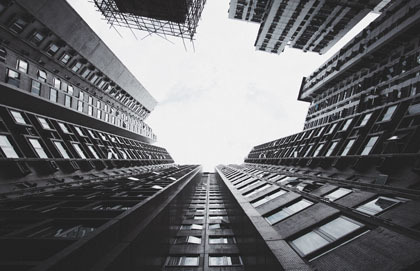 Lawyers supporting Trinity Western University’s religious freedom rights will be further sharpening their arguments overnight after a full-court press from justices in the Supreme Court of Canada today.

An unusually high 30 groups, at least 13 of them backing the B.C. evangelical university’s bid to open a law school, will present briefs during the second day of the two-day hearing.

The pro-TWU advocates will have their work cut out for them to persuade the Court after a flurry of questions from the bench late this afternoon seemed to show reluctance to accept Trinity’s argument that it’s Community Covenant is not discriminatory toward sexual minorities.

The Covenant, which all TWU staff and students must sign but which the court was told is not policed and has never led to an expulsion on basis of sexual orientation, requires abstention from behaviors that breach evangelical Christian beliefs. It also limits sexual activity toward a Biblical understanding of marriage, which the school defines as meaning a man and woman.

The definition has put TWU at odds with law societies in both B.C. and Ontario, who’ve both said they won’t accredit graduates from the proposed law school, thus preventing them from practicing in those provinces.

In a day-end summary of the TWU position to the court, lawyer Kevin Boonstra argued effectively that the law school is no different from Trinity’s education faculty, which was subjected to a similar attempt to bar its graduates from teaching in B.C. schools. The Supreme Court ruled in the school’s favour in 2001.

In making the argument Boonstra found himself answering pointed questions from Justice Richard Wagner, who opened and closed the day’s hearing by asking what kind of message the law societies would be sending to Canadian society if they were to accept licensing of lawyers trained at a school that discriminates against sexual minorities.

Boonstra responded that in the Court’s own decision from 16 years ago, it’s clear law that what TWU is doing is not discrimination but rather differential treatment to which it’s legally entitled as a religious community. He argued that preventing future Trinity law grads from being licensed to practice law would amount to discrimination against them. Obliging sexual minority students to accept Trinity’s covenant on sexual orientation, he said, would no more cause them legal harm than would asking them to accept the Covenant’s ban on lying, cheating, drinking or other conduct deemed improper. 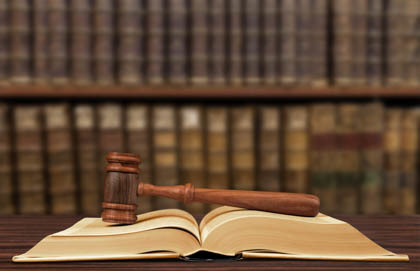 But his answers brought a salvo of questions from a number of justice, notably Justice Rosalie Abella who suggested it’s critical to differentiate the kinds of behaviours covered by the Covenant.

“One of these things is not like the others. One of them is protected by the Charter,” Abella said, alluding to sexual orientation.

She also seemed to reject the argument that Boonstra cited in the B.C. Appeal Court decision that struck down the law society’s action against Trinity’s law school. In that decision, the Appeal court said the TWU school would comprise only 2.5 per cent of law school seats in Canada, leaving those who can’t abide by the Covenant plenty of opportunity to go elsewhere.

“If only a small number of blacks were excluded, would that be (acceptable)?” Abella asked.

She was joined emphatically in that line of questioning by Justice Andromache Karakatsanis, who said the emphasis on mere numbers violated basic concepts of substantive equality.

“How can you say it’s not relevant? They don’t have access to (Trinity’s) law school,” Karakatsanis demanded. “Substantive equality is not a numbers game.”

Justice Michael Moldaver also added critical questions about what prevents evangelical Christians at Trinity from following their beliefs without asking sexual minorities to “give up fundamental rights, harm to their dignity, by denying who they are.”

Boonstra responded to the salvo by insisting that the Charter values don’t go only in one direction, and the actions of the Ontario and B.C. law societies were tantamount to exactly what TWU is wrongly accused of doing, namely being compelled to change its nature or effectively shelve its plans for a law school.

Asked by Abella what he thought the law societies should do, he said they should send a message to Canadian society that religious minorities are accepted in Canada. “The law societies should carve out a space for Trinity Western,” he said, noting it's unconscionable to oblige the small school to keep fighting the same legal fight every decade or so.

The hearing resumes tomorrow with Ottawa lawyer Eugene Meehan speaking for two interveners, the National Coalition of Catholic School Trustees and the International Coalition of Professors of Law. Lawyers for the World Sikh Organization, The Christian Legal Fellowship, the Evangelical Fellowship of Canada, and the sexual minority advocacy group Egale Canada are also scheduled to address the court.