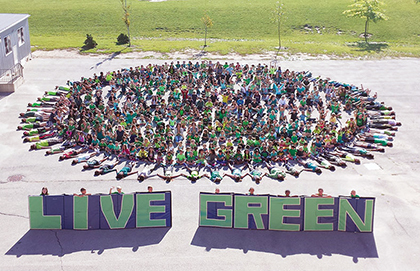 This is the second of a two-part series. To read the first piece, please click here: Speaking the Passion of Christian Schooling.

Daniel Proussalidis: Let's talk a little bit more about the various thematic areas in these case studies. I want to start with social justice. You examined issues like Indigenous perspectives, environmental education, and civic engagement. Just generally, what is it that is important about those particular areas?

Adrienne Castellon: When schools want to live the mission of Christian education, social justice is a way of doing that because it's about caring for the other, and it's taking the time to understand the other. Education is not just about self-promotion, equipping oneself to get a good job. Christian education goes beyond that instrumental purpose of education to a higher calling, which is not to say that public education doesn't do that. Public education also does some excellent work in civic engagement, but the motivation is quite different. Social justice is a way of living the gospel, and these schools are living examples of that, and gives me goosebumps to think about the kind of contributions that they're making. It really makes education make sense for students, and it helps them see what it means to live the faith.

DP: I can see, just from the way that you're speaking, that you're excited about what you saw in these schools. Can you tell me a little bit more about what's most remarkable about the approach to Indigenous perspectives in some of the schools?

AC: I think what's most remarkable about Father Robinson and Holy Cross, these schools in Saskatoon, is they don't have significant Indigenous populations at their school, but are making great efforts to respond to the calls to action, and seek reconciliation. In that way, they're agents of renewal, and we don't see a lot of good press in regard to Christians, with anything in regard to Indigenous, which is unfortunate. We have a lamentable history that is a burden for us, but we also have an opportunity, and being people of hope, we can look beyond that, move beyond, and walk with.

So, what's really remarkable there is that they are teaching the truth of the residential schools in an appropriate way with the children. They’re committed to teaching it, even though, as I said, there are not many Indigenous students, because that's the message that I think is key, and it's not okay to say, "Oh, we don't have any Indigenous people. We don't have to do that."

This is all of our history, and so it behooves us to address the issues that are systematic, because we don't even know what we don't know, and it is very, very humbling to recognize the conditions some children in our country have grown up under, and the systematic racism that has resulted. So, the Church has a huge opportunity, and Christian schools as an arm of the Church can really help create the next generation that will have the right information, the right history, a better understanding of what actually we are as a country, and who our brothers and sisters are, and how we can live well together. 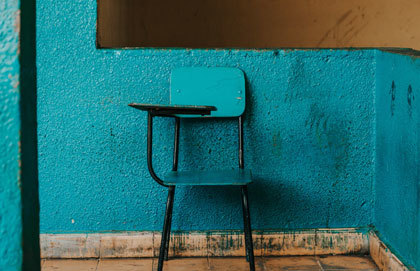 DP: How do those schools navigate staying true to Catholic doctrinal positions while also being respectful of Indigenous perspectives?

AC: They see it as an opportunity. There are many ways to worship God, and they see that. The fact that they're already faith-based schools gives them an opportunity to integrate different expressions of worship into their communities. They are still very faithful to the Catholic rituals and ceremonies, and the Catholic teachings, and they are open to making connections between Indigenous ways of relating to God. One example that was really profound for me, in the Catholic tradition, there's a reconciliation, and before reconciliation, the sacrament itself, the students at Holy Cross have also engaged in Indigenous ways of acknowledging their sins. I don't know if they call them sins but acknowledging their lack.

I think they've also engaged in smudging, but always with the permission of parents and the understanding, an invitation for parents to be involved. So, my understanding of the smudging tradition is that in a similar way, it is about self-examination and healing, and those are same goals of reconciliation. So, they've made some connections so that people can understand that there's more ways to worship God, and He's bigger than all of our denominational lines.

DP: Now, St. Marguerite d'Youville is the school that Allyson Jule visited, but can you just comment generally, on what it is that you examined at that school?

AC: St. Marguerite d'Youville in Ontario is a school that's been labeled the greenest school in Canada, and Allyson visited that school and came back buzzing with enthusiasm for all of their efforts, and the palpable excitement at the school. I would've loved to have been there myself to see it. From the very youngest children to the eldest at this school, they have an ethos of care for creation, and they have structures in place that have... I believe it's the Grade Twos. They measure the kind of garbage that they have at the end of the day, and they have very little. It's remarkable. Then the community itself at that school has a great sense of family, and their idea and their sense of family extends to creation. We are part of creation.

DP: What would you say is the most delightful aspect of Surrey Christian School's effort to encourage students' civic engagement?

AC: One thing that really struck me about Surrey Christian School is they really care about how they matter to Surrey. What is the difference, is there a difference, they are constantly asking themselves, for us being in Surrey? What difference does it make? They want to make a difference, and they do. They have an intentional approach to civic engagement that involves curriculum design. They have a very committed approach to professional development in regards to social justice issues and civic engagement.

They invest in 25 teachers per year on a five-year rotation where they have some intensive professional development throughout the school year. They also have a director of learning who sustains all these efforts, because many schools want to be able to do similar initiatives, but without a dedicated person to oversee and implement and make sure it all happens, and to support it, it is difficult for the principal or anyone else to manage multiple roles.

DP: I mean, is it fair to say that Surrey Christian School does make a difference in their community? Is there tangible evidence of that?

AC: Yes. Surrey Christian School develops websites for non-profits in the community. They have a collaboration with the neighbouring public school, and the students facilitate cooperative games. They have built benches in the community in such a way that if needed, they can be used as beds for the homeless. They take care of their local park. They have monthly meetings with refugee families. They provide tech training for the families. I believe they even have ESL. Are they making a difference in the community? Absolutely, and they're on fire.

It is one school that is doing a lot of local initiatives and international initiatives, but they are really embedded in the community, and they're really creating an awareness among the students as they develop and mature, that it's important to be involved in community, and it's not just about evangelizing, but it's about living the faith. It's about being who we say we are, and they do it.

Caring for your neighboir is alive at Surrey Christian.