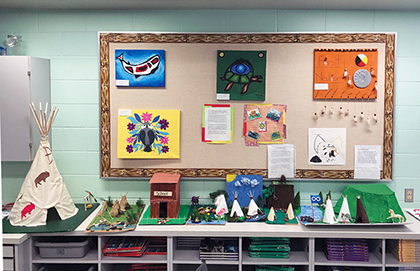 Adrienne Castellon: A number of years ago, Cardus conducted a survey, and then subsequently engaged stakeholders in round tables across the country, and I was a part of that in the Vancouver area. Listening to the presentations, it became apparent to me, and through subsequent conversations with Cardus senior fellow Beth Green, that it would be nice to give this data some narrative substance. So, we had further conversations. That was the impetus, and then not long after, Cardus approached me and asked if I would be the principal investigator for this research.

I sought the collaboration of my colleague, Allyson Jule, who's an experienced researcher, and we worked together on this project. It was a huge opportunity for us to spend some time in each school. We did interviews, focus groups, a survey in each school, and each school prepared a substantive application from which we, with our advisory group, selected the schools. So, that's how it came to be, and we're really pleased with the result.

DP: How does the Cardus Education Survey fit into these case studies?

AC: It indicated a number of big themes pertaining to governance, curriculum, teaching, learning, impact, the message of common good, and Christian schools' contribution to the common good became loud and clear. But we wanted to provide more story-based examples of that; exemplars, actual practical lived experience, like: how are Christian schools contributing to the common good? So, that's how we chose the different schools and those big-picture themes.

DP: How do you hope these case studies will be used? What are you hoping to get out of it?

AC: Well, there's a number of different groups that could benefit from the case studies. From an educator's point of view – having been a high school teacher and principal – I can see great value from the point of view of professional development. Working with a group of colleagues and a professional learning community, for example. Or simply at a staff meeting, having discussions about what another school is doing, the efforts they're making in a certain area, and asking questions like, “Does some of this relate to us?”, “Could we do this?” The case studies focus on what they're doing well, so they're full of wonderful examples of what others could possibly do in their contexts. 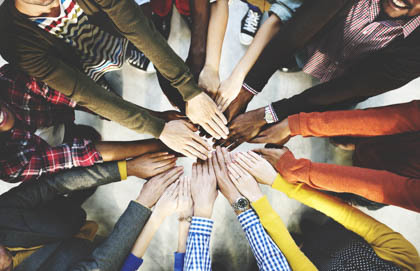 I also see some application for media and the general public who want to know more about Christian schools, to explore the contribution of Christian schools system in Canada, and I think they provide some really good exemplars of what the school down the road is doing, maybe the school that's just across from the public school. Public schools are doing good things too, and we often hear about those in the media. We wanted to make this contribution for the public record as well, to be able to share the good that the system provides for the country.

DP: It's a story that's not often told. I can surmise from your comments that, when it comes to Christian schools, either Catholic or Protestant, sometimes those stories simply go untold. What do you think we lose by that?

AC: We need to tell the story of what Christian schools are doing because there is a public investment into the schools, and the public demands accountability on one level. So, there's that aspect, but beyond that, there are a lot of dedicated teachers, administrators and other personnel in the schools that have such passion for education. It is so admirable and inspiring that I think people like to read about those good stories and real examples of good news, and then as far as the Christian community writ large, this is the Gospel in action. These schools are living examples of the Gospel.

DP: Can you tell me a little bit more about the methodology?

AC: Appreciative inquiry focuses on what is working. So, the premise behind it is that if you focus on what's working, and you fan that flame, so to speak, more of that will happen. People get energized by what's working, and we saw that, actually. Many times, the people we interviewed and the school conversations we had in focus groups and interviews and just conversations in the hallways and in the staff rooms, people were really excited to share what's going on in their schools, and I've heard from administrators that, "This was a really good exercise for us to go through. This enabled us to have conversations about what we're doing right," and there's enough in education where there's gap analysis and focus on deficiencies and what can we do better. There is a place for appreciative inquiry to focus on what's working and to do more of that. It's just really positive and inspiring to others.

DP: It's interesting that you point out how excited the schools were to talk about themselves, but it did also force them to take stock of their operations. We have some researchers looking at this aspect of schooling. Could it possibly spur improvements in other areas?

AC: Absolutely. I think that whenever we are self reflective, professionally reflective, it forces us to take stock of what's going on, and it does put a light on areas that might need our attention. So, yes, absolutely, it has a ripple effect.

DP: Is there something, say, at the board level or association level that could take out of these case studies?

AC: I believe that boards and associations can also use the case studies to, again, learn more about what is actually happening in the schools, and to provide evidence that the schools are following provincial curriculum in many cases, and doing many of the regulatory expectations of other schools in the province, and doing so very well. I believe it would provide another lens and more insight into what's happening in the schools. We often get higher-level data and the empirical sort of accountability checkbox information, but it's dry, and this makes it come alive and shows the people behind it—the educators, the students, the families. These are Canadian citizens that have chosen Christian education for their families, and it's good to know why.

DP: Some of the decisions, with regard to education, they happen at a policy level. They happen inside a particular education ministry, for example. Policy people who know about education are making those decisions, and consulting with those who are on the ground or who are doing the research. Ultimately, though, there are politicians who also have to make decisions, who don't necessarily have expertise in education. Is there something they could take away from these case studies?

AC: I believe politicians could benefit from the case studies by having more insight into the contributions that Christian schools are making to the society that we all live in. And recognizing in a pluralistic society such as Canada, every voice needs to be heard. The case studies provide a voice for the public record that politicians would do well to access just to have all the information available to them to make informed decisions.

DP: We typically equate public education with a public school, whereas people whose children attend independent schools are also members of the public. How fair is it, in your view, to say that public education is all education, irrespective of who delivers it, that contributes to the common good?