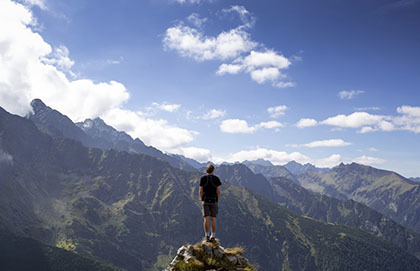 According to the number of names (Numbers: 1:2)

But rejoice that your names are written in heaven (Luke: 10: 20)

Growing up I had a neighbour who named all of her children after occupations. One son was called Ryder and my closest friend was Gardener. I worked in a landscaping store one summer and when I called out to him when he dropped by to see me, my customers immediately asked him for advice. His older sister’s name was Archer, which was cool, though I often wondered what became of their youngest child Bobblehead. (Okay I made that last one up). At school, being the sophisticated teenagers that we were, we would tease Gardener about the horticultural business he would one day open and were eventually floored when he married a girl called Rose.

It wasn’t until decades later that I stumbled across the word Aptronym and the concept of names reflecting the occupation that someone is likely to pursue. This phenomenon is sometimes called nominative determinism. My favourite examples of this are Jules Angst, a psychologist, Thomas Crapper who became a sanitary engineer, and of course, to be somewhat classier, William Wordsworth, one of the world’s finest poets. But what of the drug lord Chris Coke, the Australian tennis player Margaret Court or Igor Judge a, ah, judge. I have to confess that I was equally taken with the antonym of the term — inaptronym — with favourite examples including the one-legged comic Samuel Foote and, for the purposes of this column, Jaime Sin who was elevated to the office of cardinals in 1976, thereafter becoming Cardinal Sin.

I’m not sure if any of this is related in any way, but I still love the growing catalogue of aptronyms that are being identified and the creative ways society has of riffing on the concept. Perhaps my favourite is an English professor whose name is Verbie, who has written about how friends refer to her children as ‘the pronouns,’ and who had a boyfriend refer to her sister as ‘Nounie.’ I’m sure this all stopped being funny for Dr. Verbie Provost after the six millionth time someone said it, but stumbling across her article on this for the first time was hilarious.

Numerous critics have made the point that roles and names in the Bible have a similar correspondence, with Carol Meyers noting, “A name in the biblical world was not simply a means of identification but rather signified the essence of a person.” One obvious example of this is the renaming of Abram as Abraham meaning “the father of multitudes.” A column for the Redlands Baptist Church makes the point that descriptive names are incredibly important to God: “I would go so far as to say that God INVENTED the concept of the aptronym because the Bible tells us that, from the very beginning, our Creator gave appropriate names to both things and people.” The columnist gives a number of examples, including Jacob meaning “deceiver” and Isaac meaning “laughter”: “This makes “aptronymic” sense because Genesis 17 tells us that when God told Isaac’s father, Abraham, who was then 99 years old, that he would have another son, the wrinkled patriarch literally fell on his face laughing.” His favourite example, though, is Jesus, which means, “Jehovah saves.”

Sharon Huntington offers wonderful examples of how the Biblical prophets often named their children according to predictions or world events. In “What’s in a Biblical Name” she notes that Isaiah signified the destruction of cities Rezin and Pekah by naming his son Mahershalalhashbaz (the spoil speeds, the prey hastens) and she goes on wryly to add that “If we named children after events today, they might be called Question the Vote Count or March Madness.” Or, in the Canadian context, “Blackface Bad,” or “Pipeline? What pipeline?”

While the idea of nominative determinism is interesting, I often feel that a more relevant influencer is found through inspiring examples, or what might be called modeled behaviour. While I seriously doubt that Justin Tune became a chorister, or Dr. Filler became a dentist because their names suggested it, I truly believe that many of us have been influenced into our professions because of the actions of inspiring people. In a famous 1961 example by psychologist Albert Bandura, 36 children were made to observe an adult playing peacefully with toys, while another 36 witnessed an adult violently interacting with a Bobo doll, both physically and verbally. Not surprisingly, those who observed the violent behaviour immediately repeated this when left alone with the toys.

I’m not sure what’s in a name, but I do like that idea that names are given in the hopes that children will model wonderful behaviour — Grace, Joy, Hope. However, I truly believe that more important is the behaviour we model for others. A Mandela, a Malala, a Francis. I think it’s fair to say we remember their names because of what they’ve done for others. Or as Mahatma Gandhi once put it, “There is no principle worth the name if it is not wholly good.”