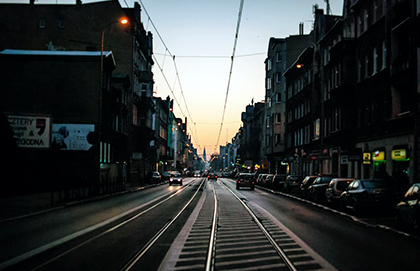 This article is the fifth part of an ongoing series on faith leaders who have demonstrated courage living faith in the public square. In partnership with the Cardus Religious Freedom Institute, Convivium magazine will regularly publish these profiles from contributors across Canada. To submit a story to the series, email Aaron Neil at aneil@cardus.ca and Rebecca Darwent at rdarwent@cardus.ca.

My earliest memory of a political event was the 1979 Iranian Revolution that brought Ayatollah Ruhollah Khomeini to power. As a precocious seven year old, I was fascinated by the images of the threatened and then exiled Shah and his family, the crowds of Islamic revolutionaries, the U.S. diplomats held hostage, and the darkly mysterious imam who seemed funny to me at the time.

Yet this political event offered no heroes, only an orientalist fascination to a midtown Toronto kid and a first inkling that strange things happen in far-away places; things that seem important.

Five years later a far more sophisticated 12-year-old Andrew had encountered more world events that confirmed there were indeed good guys and bad guys. In the final half-decade of the Cold War, it was clear as a bell that the West were the good guys (we Canadians being supremely good and virtuous) and the Soviets the bad guys. I was aware, and perhaps not entirely unafraid, that nuclear war was a threat and that Russians and those in the Soviet sphere suffered horribly. The cold war anthems of U2, Men Without Hats, and the Police seemed to reflect this reality. But unlike most of my friends who were living a similar cultural experience, I was living it in the context of a strongly Catholic family.

By 1984, I had sensed for a few years that God was perhaps calling me to a religious vocation. I loved going to church at Our Lady of Perpetual Help where our family lived our public Catholic life and where I served Mass weekly, and the occasional wedding and funeral, under the kind tutelage of Fr. Basil Courtemanche (of blessed memory). Not only did I love church but I was also coming to understand what it meant to love Christ and His Church.

To be sure, it was an incomplete understanding of love, as perhaps it is until we behold Him face to face. Yet, gradually revealed were elements of love existing beyond what I already experienced in my parents’ love for me and me for them, my love for my extended family, and for my friends. Love seemed to involve sacrifice. My great-grandmother’s crucifix that I saw above my bedroom door upon falling asleep each night and upon rising each day proclaimed this love, but how did I make sense of His sacrifice at such an age and in such a place?

In December 1981, the Communist government of Poland under Gen. Wojciech Jaruzelski declared martial law and launched war against the Polish people. Martial law brought with it a brutal crackdown on the recently legalized independent trade union Solidarity during which thousands of its leaders and supporters were arrested and imprisoned. The authorities sought to co-opt the Catholic Church under a pretext of the need to maintain order; the bishops, clergy, and faithful were not interested. The election of Karol Wojtyla, Cardinal Archbishop of Cracow as Pope John Paul II in 1978, his prophetic return to his homeland in 1979, and his continuing efforts to support the Polish church served to mobilize Poles to action to defend their Catholic nation, human dignity, and truth.

I have a distinct memory of being in our family living room when the news broke of martial law being declared in Poland and that it was a very bad thing. The first years of John Paul II’s papacy helped shine a spotlight on the Polish church for all of us in the West. I remember that the cause of Poland and its Catholic population seemed to be an ever-present focus for prayer and attention in the church of Toronto. Sacred Heart nun and close family friend, Sr. Ursula Story, was so moved that she had embarked upon the brave task, at the age of 70-plus, of learning Polish in ‘solidarity’ one might say. Poland was suffering. Our fellow Catholics were suffering and making sacrifices to live out their faith. Sacrifice? Why were they suffering for what they believed? What sacrifice was going to be demanded?

Among the Polish clergy inspired by Pope John Paul II and his call for religious freedom and human dignity was Fr. Jerzy Popieluszko, a young priest of the Archdiocese of Warsaw.

Born into a pious family in the eastern Polish village of Suchowola and baptized Alfons, he pursued his theological studies at St. John the Baptist seminary in Warsaw at a time when the Communist authorities launched a concerted campaign against the church. As a seminarian in his late teens, Alfons was drafted into the Polish army, an action that violated the agreement that governed church-state relations. He joined his brother seminarians in a special indoctrination unit that aimed to break the faith of the young men through psychological abuse.

On one occasion, he was ordered by an officer to tread upon his rosary on which he faithfully prayed; he refused and was beaten and placed in a punishment cell for a month. He led prayer services with for his fellows and was given extra hard labour. On another occasion, he refused to remove his medal of the Blessed Virgin Mary that he wore and was forced to stand barefoot in the rain for several hours. Never physically strong, these ordeals left him with weakened heart and kidney function. Having suffered these ordeals, he took the name Jerzy and was ordained by the Polish primate Stefan Cardinal Wyszynski in May 1972.

Following ordination, Fr. Jerzy served in various parishes where he immersed himself in the pastoral care of workers, artists, and as a medical chaplain. He was a champion of the pro-life movement in Communist Poland and delighted in the mass vows taken by the Polish people at the shrine of Jasna Gora in Czestochowa in 1982 to defend every unborn child. These early years helped to develop the pastoral ability of the young priest and to form further his vocation in preparation for the sacrificial priesthood that would ensue.

As Solidarity grew in Poland, Fr. Jerzy became a chaplain to the Solidarity-affiliated steelworkers at the mill in Zoliborz, a northern district of Warsaw. Now serving at St. Stanislaw Kostka church, he delighted in his celebration of Mass in the nearby industrial plant. The workers accepted the frail priest as one of their own and he tirelessly ministered to them day and night to the point of exhaustion celebrating masses, hearing confessions, marrying them, and baptizing their children. He challenged them to engage their dignity and the dignity of their labour, to overcome the rampant alcoholism that was present, and to reject utilitarian Marxist ideology that sought to dehumanize them.

Following the declaration of martial law and the suppression of Solidarity, the people needed sacrificial pastoral care. With job losses mounting, families suffered and Fr. Jerzy used his own limited resources to help families make ends meet. He organized relief for families from St. Stanislaw Kostka through provision of clothing, often his own. He also turned the parish into Warsaw’s first centre for the provision of charitable medical aid that was arriving from outside Poland.

By late 1982, Fr. Jerzy’s work had expanded into his “Workers’ University” through which significant numbers of workers received instruction in Catholic social thought to fill the gaps created by the Marxist state education system. Yet what might have been his greatest work had begun earlier that year.

From April 1982 onwards, Fr. Jerzy had begun to offer on the last Sunday of each month ‘Masses for the Fatherland’ during which he would preach sermons on human dignity, human freedom, and on solidarity which for him signified the struggle by the Polish people to restore human dignity. He advocated non-violence and peaceful resistance to the oppression his country was facing.

Fr. Jerzy declared repeatedly, “In order to remain spiritually free, we must live in truth.” It was not long before he was attracting a thousand people or more from across Poland to these masses. He also attracted the Communist authorities’ attention who placed the masses under surveillance.

By 1983, he was receiving regular threats, many of them death threats, and then in December of that year came the launch of an official investigation into his activities. This led to a very brief imprisonment; he was released only due to the intervention of the Polish bishops and Primate Joszef Cardinal Glemp.

But the regular interrogations steadily increased and plots against Solidarity-allied priests were being regularly uncovered. At the suggestion that he go to Rome to study, Fr. Jerzy affirmed that his place was with the people.

On Oct. 19, 1984 as he was returning to Warsaw from a prayer service in northern Poland, he and his driver were kidnapped. His driver escaped by jumping from the moving car. Fr. Jerzy disappeared for 11 days. The Mass for the Fatherland during that time attracted 50,000 people to St. Stanislaw Kostka as the Polish people prayed for him. When his body was found in the Wloclawek Reservoir, it was so bruised and disfigured that he could only be identified by his brother who recognized a birthmark on his chest.

Fr. Jerzy’s funeral was attended by an estimated 350,000 people, concelebrated by seven bishops and over 1,000 priests. He is buried in the churchyard of St. Stanislaw Kostka and his grave has become a martyr’s shrine and a place of conversion and healing. He was beatified and declared Blessed Jerzy Popieluszko by Pope Benedict XVI in 2010.

I remember clearly when at age 12 in Toronto in late 1984 I heard about the martyrdom of Fr. Jerzy Popieluszko and all that he had done for his people, all that he had sacrificed. He had fully joined himself to Christ. I learned then that sacrifice is about love for others and therefore love of Christ. I had my first hero – a hero for truth. He remains my hero and an inspiration to me every day.

May we all always speak the truth in love. Holy Martyr Jerzy, pray for us!