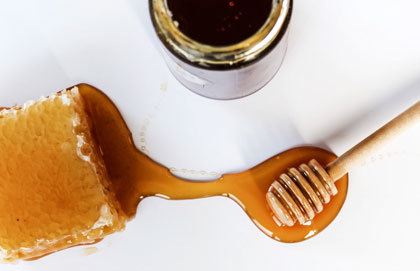 Liturgies of the Moment February 12, 2019  |  By Douglas McKelvey with Hannah Marazzi

Douglas McKelvey: I was working on a young adult sci-fi novel and had hit a point in the process where I was struggling to get in the right place and be productive. I needed a prayer to focus and remind me of who I was in relation to my Creator, the gifts I was stewarding, and the people I was seeking to serve by what I was creating. So, I wrote a liturgy for fiction writers.

At that time, I was preparing for a session on storytelling and story creation together with Andrew Peterson and Heidi Johnston, a wonderful author and Bible teacher from Northern Ireland, and I sent Andrew that liturgy for fiction writers.

His immediate response was, "This is great, but I wish I also had a liturgy for beekeeping, and a liturgy for ..." The light came on, and I realized, "There's a whole book idea here that could potentially serve the body of Christ." In many ways, it became a community supported effort to bring the book into print.

I consciously drew from the early Celtic Christians who had created prayers for everything. They had a prayer for milking the cow, even for covering over the ashes of the hearth fire at night. They had this awareness of moving through their days with God being present.

There’s something beautiful about how they were so intentional about cultivating this every moment sort of awareness of God's presence with them, and His involvement in their life, even in the mundane tasks. With this project we weren't setting out to create something new. We were looking back at something that had been beautiful and significant to the church at multiple points in our shared history, and sought to reintroduce people today to those beautiful and helpful prayers.

C: Convivium published a review of the book in November 2017 and many of our staff decided to order it. It was so popular we had to wait for an additional two reprints before receiving our copy. What is it about Every Moment Holy that is resonating so deeply?

DM: Writing is an odd vocation; you sit by yourself sequestered in some corner of your house, and pen these words. Then, they are sent out into the world, and for the most part, you have no idea how people are interacting with them or responding to them. However, here and there, you do get responses from people who tell you a little story about how something was meaningful to them.

In many of these prayers, folks seem to find something that names and gives voice to what's actually going on in their own heart. The coffee liturgy mentioned in your previous review has probably been the most popular. I think I wrote that one two days before the book was sent to the printer. Ned Bustard, the illustrator, forced my hand as I suddenly got an email from him with the illustration for the coffee liturgy. I felt guilty and thought, "He's already put the work in. I have to do it," which I think was his devious intent. Lo and behold, it's become the one that has resonated with the most people, it seems.

C: Sprinkled throughout the book are beautiful illustrations by Ned Bustard. Why did you include illustrations to accompany the prayers?

DM: From the beginning, I envisioned including the old sort of woodcut illustrations that you see in Church manuscripts. Ned became part of the team a little late into the process. One day we hope we can do a reprinting that includes even more of his illustrations.

When I saw Ned's artwork I was struck by the way he so obviously draws from the influences of those early pieces of woodcut art, but adds his own twist to them. He doesn't shy away from adding more modern cultural elements into them. It seemed like the perfect marriage. Visually he was trying to do what I was also trying to do with the text: taking elements from earlier Church history and asking the question, “What does it look like if we take those and put them in our current cultural context?"

Ned is something of an expert on the history of visual symbology in the Church. His illustrations are packed with so much meaning they're worth of meditating over. Even illustrations that might seem a little bit whimsical or fanciful reflect significant theological ideas, or symbolize Christ, or some aspect of Christ's nature.

C: Many of your prayers are meant to be read corporately with a call and response portion between a Leader and Larger Group. What are your thoughts on the power of corporate prayer?

DM: I think any discussion of corporate prayer has to begin with Christ telling us that where two or more of us are gathered, He's going to be present. There's also the command that's given to us not to forsake the assembling of ourselves together. God, in His good providence, has chosen that we would most fully experience His presence in the context of joining our hearts, voices, and pursuit of our Creator together.

We are to have those times of personal engagement with our Creator as well. We engage in corporate prayer additionally in an act of obedience. I think there’s a kind of surrendering of ourselves to the mystery of it. There are times when we're gathered together when the kind of prayer we engage in is an unburdening of the heart, a bringing of the specific requests that are affecting us as individuals, as families, as a church, that we're giving spontaneous voice to those things and petitioning God together.

I’ve been on a journey though to recognize how much I need some of those prayers that have been thoughtfully and sensitively articulated by other people, even ones that were written hundreds of years ago, that convict my heart now and direct it towards Christ. These prayers are packed with good theology, and poetic beauty.

I hope that Every Moment Holy can be a gentle invitation to turn to prayers and liturgies that create a rhythm to your days, weeks, and years.

C: You have worked as an author, song lyricist, scriptwriter, video director, and even as a sexton in St. John’s Anglican Church in Franklin, Tennessee. How has your diverse career informed how you approach prayer and the practice of writing?

DM: I wanted Every Moment Holy to utilize language well. I wanted to pack a lot of meaning into a small amount of space. I wanted prayers to have a somewhat lyrical quality, so that there would be an aesthetic beauty to it. I owe the cultivation of this craft to the years I spent as a song lyricist, and also the script writing that I've done. In those disciplines, you have to learn to say so much in such a limited amount of space. Song writing, as a lyricist primarily, was my main vocation for 14 or 15 years.

I think I’ve had what you would call an actual job for maybe 15 months out of the last 30 years. When your income is mostly royalty-based, you often have no idea what's going to be coming in in the next week, or month, or whatever. The opportunity to take on the sexton job at St. John's came at a time when I desperately needed something to pay the bills. I had two daughters in college. It was a job that, in one way, I saw as a good service to my local church, but in another way, there's a part of me that said, "This isn't what I want to be doing. I want to be writing. I want to be creating." So, there was a humility I was taught to embrace alongside the role.

I think sometimes, there are those seasons when we're forced to see that our identity is not about what we're doing. Instead, it's often about what God is creating in us, the work He's doing in us. It was a season that served to bring my heart into a better posture. My heart was tender. That’s where some of the prayers such as “A Liturgy for the Death of a Dream” and “A Liturgy for Those Who Have Not Done Great Things For God” came from. Another prayer that comes to mind is “A Liturgy for Nights and Days of Doubt.”

I had to be in those places myself, and to live in those for a long season, to be able to articulate them in a way that would resonate with other people where they might encounter that prayer.

C: You have written numerous other works from children’s books to anthologies. What unique role does the written word hold in the life of faith?

There’s something that our Creator considers fundamentally important about declaring and preserving these things in the written word, in a form that can be handed down from generation to generation, and that we can continue to refer back to as a marker, as a guide, as this mysterious, powerful thing with the power to change hearts, and lives, and cultures."

As we go through that process, we want to record those things. We want to preserve those revelations. We want to tell stories that will stir imaginations in a redemptive way, that will awaken that hunger for wonder that is laying dormant in some people, and in others, that is awake and alive, but that hasn't yet been pointed toward what the ultimate source of that wonder is that they hunger for.

C: Is there a particular prayer you find yourself reaching for in this specific season of life?

DM: Well, the one that is probably nearest to me at the moment is the one that constitutes the foreword of the book, “A Liturgy for the Writing of Liturgies”, because I am working on another book of liturgies that we hope will be available this year. This next book will probably contain approximately 25 liturgies, centered around dying and grieving. I recognized, as the first book was being published, that the most significant topic that I had not addressed in any of the prayers was one for grieving the loss of someone you love. Once I started working on that one, I quickly realized that there wasn’t just one liturgy to be written. These are liturgies to accompany us in some of the hardest seasons of our lives.