In the fifth of his regular dispatches from from Montreal’s faith-rich Outremont district, Gideon Strauss brings us an alternate perspective on the ongoing conversation occurring in Outremont over the borough referendum campaign supporting a ban on new places of worship on Bernard Avenue.

“It breaks my heart that my neighbours could possibly think I could be against them,” Nanci Murdock says. “I’m not. But I am against Bernard, at least a significant four to five block chunk of it, becoming 70 per cent, 80 per cent, 90 per cent non-secular. That’s very concerning to me.”

Murdock is a Chartered Financial Analyst as well as an investment and marketing expert. Much of her expertise was gained as she worked in sales, social media strategy, and marketing in the financial services industry. For a time she managed marketing for a global investment research business.

“When I did marketing, you watch yourself building other people’s businesses. And at some point you think, what could I build? The advice kept coming back: ‘What do people ask you every day?’ And for me it was sisters, cousins, friends, calling me, getting divorces, inheritances, settlements for some reason, and saying, ‘I should just go to the bank, right?’ And I’m like, ‘Oh, no, no. That’s the last place you should go. So then I would take them through the whole concept of exchange-traded funds, of risk tolerance, and … it’s not complicated, but you have to know it. It’s a set of skills that can be learned, by anyone. And then just to see the sense of relief on their faces.”

Living just a few steps away from Bernard Avenue, Murdock is one of my neighbours in Outremont, and she cares passionately about the borough.

“I love Outremont and the Mile End for the diversity. It feels safe. It feels happening. It’s fun. I like the diversity of the streets. Van Horne is sort of rugged and up-and-coming. Laurier is a bit chichi. Bernard is my favourite. It’s the intersection between grassroots and high quality. Interesting stores. I’ve started going to the cheese store [Fromagerie Yannick], and there are cheeses like I’ve never seen. There’s this little store, Safran, which sells decorative stuff. I walked in there and I saw butter dishes shaped like whales. 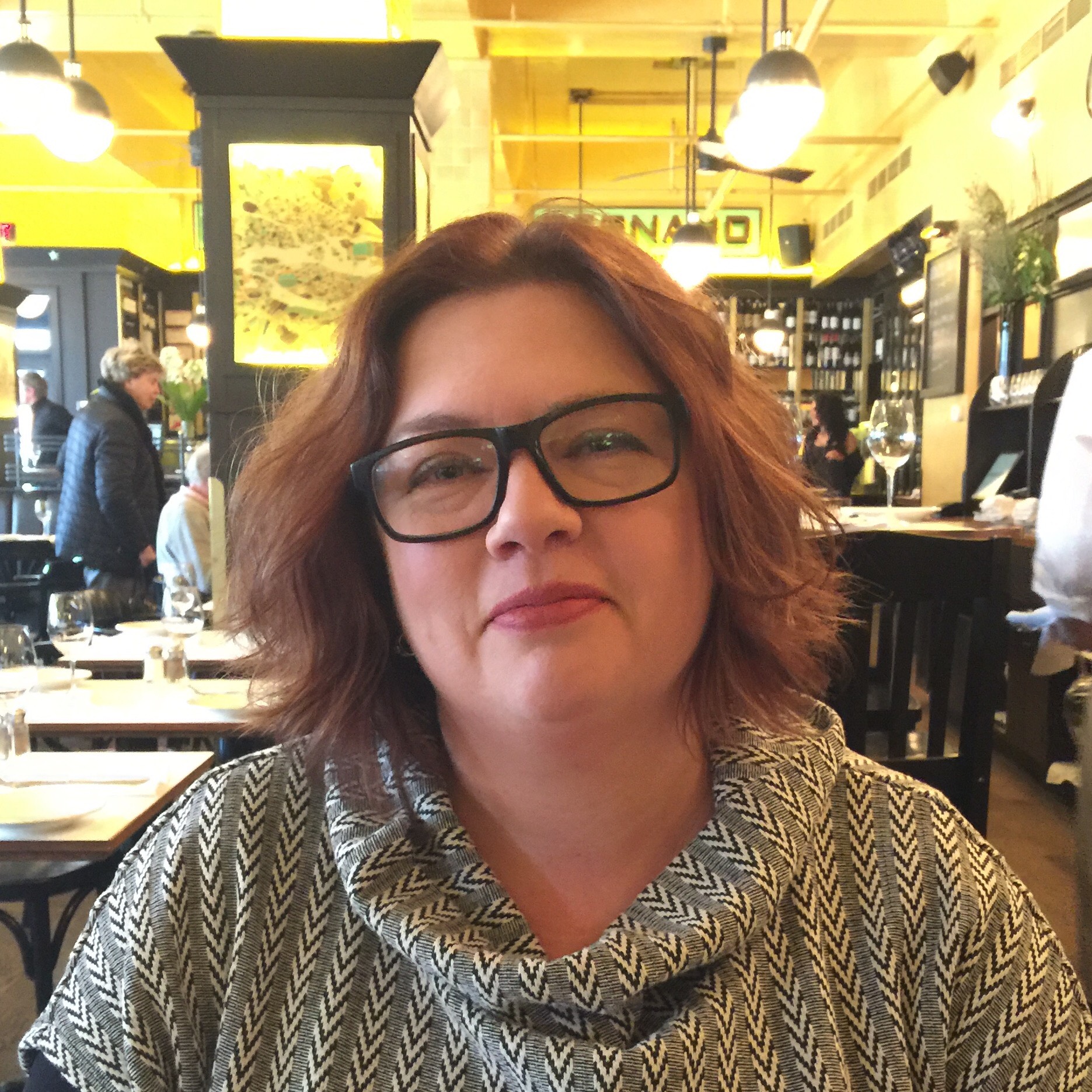 “It comes down to a sense of community. My neighbours. My friends. I was just having lunch with a friend at Souvenir, and her office is just around up the street. I went home, just 30 feet away, to check on my son who is home sick from school. And now I am meeting here, in this fabulous café. I don’t know anywhere like it in the world, and it’s affordable, unlike, say, New York. I just can’t imagine living anywhere else.”

But learning that a large building on Bernard Avenue, just steps away from her home, was being converted into a place of worship alarmed Ms. Murdock. Her concern for the character of Outremont moved her to work for the borough referendum campaign supporting a ban on new places of worship on Bernard Avenue.

“I feel like I was in Outremont for nine years, and for the first eight and a half years I was asleep. I thought everything was peaceful. I didn’t know this issue was simmering, and just about to explode. Few voters in Outremont – including myself – ever woke up, ever put down the glass of wine, ever came in from the country, to vote.”

A few blocks further east along Bernard, another place of worship has been standing with an uncompleted and unsightly façade for months. Murdock says issues such as those involving the two buildings explain, partly, the lack of goodwill between neighbours in Outremont. The conflict over façades is accompanied by a clash of values.

“One of the things that bothers me about a potentially non-secular Bernard is the question of setting feminism back 200 years.”

There were several incidents, according to Murdock, in which stores on Bernard were asked to adjust window displays that did not meet Hasidic standards of modesty. As much as she wants the Hasidic community accommodated, these are the kinds of accommodations she believes would inappropriately curtail the expression of values that she herself holds dear.

Murdock recognizes how difficult it is to accommodate people and communities with very different values in the same neighbourhood. She recognizes the Hasidic community in Outremont is growing, and that it needs homes and stores and places to pray, all within walking distance. She hopes the needs can somehow be accommodated, but without displacing non-Hasidic residents or denying them free expression of their values. “In five years maybe we won’t be living harmoniously. Some of us will, but at least we’ll live in parallel, in peace.”

From the exterior, passersby might not see why Switchback Cyclery on Queen East in Toronto is one of the City’s most meaningful bike shops.

Since 1953, the 27th of Nisan on the Jewish calendar, which in 2016 falls today, has been marked as a day for observing with solemn ceremony the most terrible tragedy to befall our people.

The Word That Gives Birth to Art

Montreal actor, singer and writer Alisha Ruiss reflects on the way a collaborative event she long dreamed of creating was given flesh by musical theatre artists at the city’s Segal Centre this past spring.