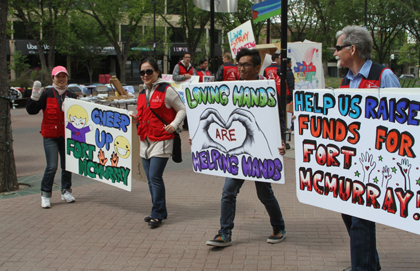 A banquet of hospitality for Fort McMurray evacuees May 24, 2016  |  By Peter Stockland

On what she calls “Inferno Day,” Suzanne Gross was planning to attend a reception and banquet at the very centre in Edmonton where evacuees from Fort McMurray were being given emergency shelter. 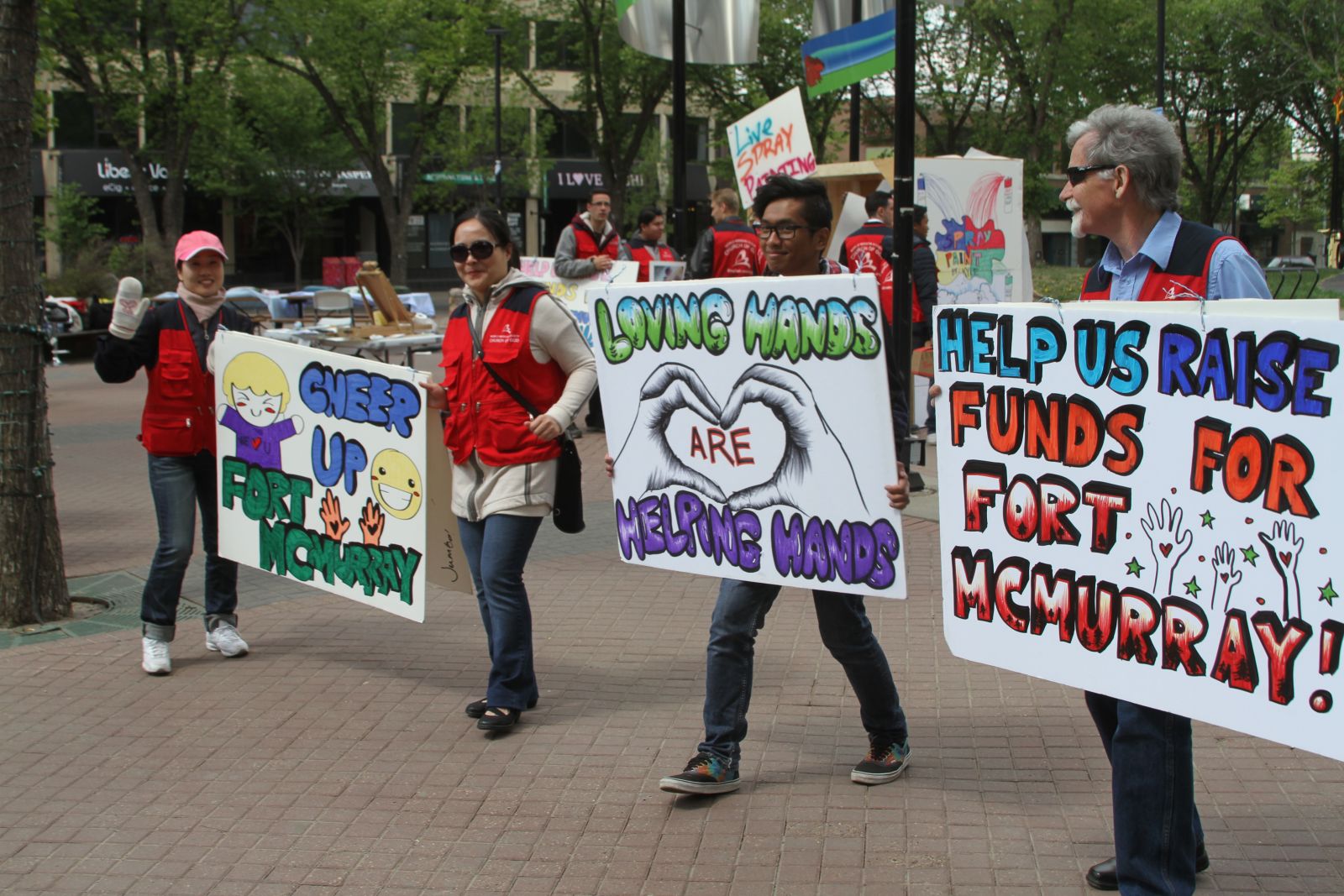 Her first, fleeting thought, says the manager of strategic initiatives for the Edmonton Mennonite Centre for Newcomers, was to invite all the arrivals into the banquet hall at Northlands Expo to share the food, drink and festivities.

It was a gesture, whatever its practicality, of the spirit of inclusiveness and social justice Gross intuitively brings to her work resettling those displaced by war, persecution or, in Fort McMurray’s case, the May 3 wildfire that afflicted the northern Alberta city and drove more than 80,000 residents south in search of a safe place.

“I thought ‘how in the world can we have a banquet when those people are in such distress?” There was no way it could have gone ahead on a day of such loss,” Gross says.

In the end, the victuals from the postponed awards event were donated to help feed the arrivals. Gross and her colleagues set up shop at the University of Alberta’s Lister Hall, and plunged into the enormous task of finding lodging for the thousands of evacuees who poured into Edmonton with little more than the clothes on their backs and the possessions they were able to grab after being ordered to leave Fort McMurray.

It was a Herculean task but one the city of Edmonton, through residents such as Gross, responded to in a way that looked almost effortless, and on the heels of just having resettled 1,200 Syrian refugees in late December and early January.

The overlap wasn’t merely a matter of timing. Gross notes that a significant number of the evacuees from Fort McMurray were Syrians freshly resettled there fresh from refugee camps in Lebanon. Others were newcomers from around the globe who’d arrived in Canada with dreams of safety and stability.

“One family had been (in Fort McMurray) for 12 days before the evacuation,” she says. “They’d gone there to for settlement of their refugee claim and to get work.”

The complexities of helping the twice-dispossessed, on top of language barriers, financial pressures, and the need to supply the basics of daily life beyond simple food and shelter seem forbidding – indeed, prohibitive – to outside eyes. For Gross, as for her co-workers at the Mennonite Centre, meeting the challenges is the raison d’être of a life of faith.

“For me, this is a dream job,” she says. “I don’t have an engineering degree to create structures where (newcomers) can live or a nursing degree to make me useful in helping people get healthy. But I get to connect with people. I start with the invitation to share, and that’s all I need. My gift is to be able to respond.”

One such response was getting some of the newcomers involved in a choir. Another was taking two women in need of resettlement to a poetry reading. The human spirit, even in the midst of catastrophe, still seeks the good, the true and, above all, the beautiful once safety is assured and essentials secured. Gross sees it as part of her role to seek to provide such things even if they step beyond the bounds of the necessary limits of resettlement work.

“I don’t care if they aren’t entitled to something. I would still give. We work very hard to say ‘yes’ as an expression of hospitality.

“In working with newcomers, we’re reminded that hospitality is foundational. The Gospels are full of hospitality. Jesus created hospitality for those around him, and he received it.”

A banquet may be postponed. The Banquet endures for eternity.