For Basel Abou Hamrah, the difference between an evacuee and a refugee is a matter of months and of who is helping whom. 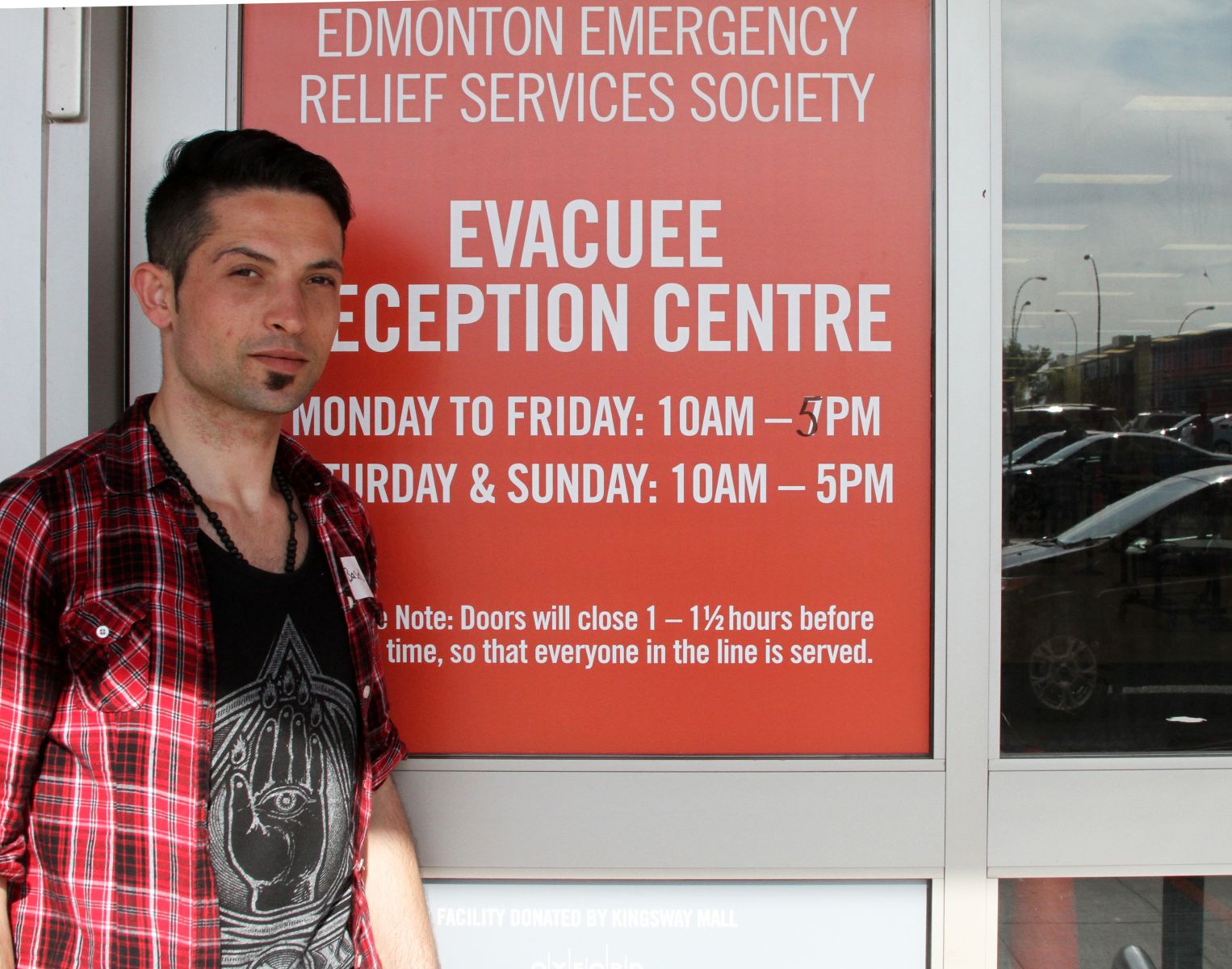 Four months ago, on New Year’s Eve, the 27-year-old Syrian accountant arrived in Edmonton as one of the refugees being helped to resettle here from his war-torn country.

Last week, he signed up as a volunteer to help at Edmonton’s Evacuee Reception Centre to help residents of Fort McMurray forced to flee south from a May 3 wildfire that destroyed their northern Alberta community.

Enfolding those events were the two years he spent in a Lebanese refugee camp where his dreams died and came back to life again.

“In the camp in Lebanon, my dreams went to the graveyard,” he says over coffee after completing his first shift at the massive reception centre in an Edmonton shopping mall. “At first, I had hope we would be there for maybe three months. Then I began to think I might never go home again. When I was told I was going to Canada, I began living again. My dreams came back to life.”

A Druze Christian, with a faith rooted in all three of the great Abrahamic monotheisms, Basel came home to his neighborhood outside Damascus to find his house had been demolished by shelling. In the morning, he’d gone off to work after spending the night in a makeshift basement bomb shelter. That afternoon, he was literally homeless. It is not a figure of speech for him to say he knows how the residents of Fort McMurray feel to have lost everything.

More than 80,000 of them were evacuated from the city by the wildfire. It’s estimated that one in 10 lost everything. Like Basel, they know the sense of panic and the sense of the world disappearing beneath their feet. Like him, too, they have no idea how long it will be until they can return and begin to rebuild their lives.

“It’s not just the (physical) things you have. It’s all the memories. The place where those memories were born, the room where a memory took place, your street, everything is gone.  For me, it felt like I was without a soul, that I was just a body eating and sleeping, without purpose. It is so hard not to lose hope.”

In the privacy of his own faith in the depersonalized ethos of the Lebanese camp, Basel turned to God as a refuge.

“I asked God to please make me strong. I told him I would be patient. I told Him ‘I know you will help me and not let me down.’ But it was very, very hard.”

On Christmas Day, he says, he prayed in the morning that God would “give the gift” of letting his refugee application for Canada be approved. Laughing, he adds that he had a word, too, with a paper Santa Claus just for good luck. That evening, he got the call that he should get ready to travel to his new home.

Within a few weeks of arriving in Canada, he was volunteering as an English-Arabic translator for an Edmonton winter festival. He has done other volunteer work since, so the chance to help the Fort McMurray evacuees was one he jumped at.

Part of his desire to help is prompted by a need to give back to Canadians who helped him. Part of it is his lived understanding of what they are going through right now.

“At first, you feel so lucky to be alive, to have escaped. But they will wonder when they are going to go home, even if they will go home. It can be very hard not to become hopeless while you’re waiting like that.

“I know what it’s like when the waiting ends and you can say ‘God, it’s not a dream. I’m going to have my home again.’ I can tell them to be focused on knowing they are part of a beautiful community. Everything will come back. God will not let you down.”

Healthcare Has No Borders

Coming back to Canada after a summer internship at an emergency clinic in Jerusalem, Petula Fernandes recounts stories of selflessness that aren't found in headlines.