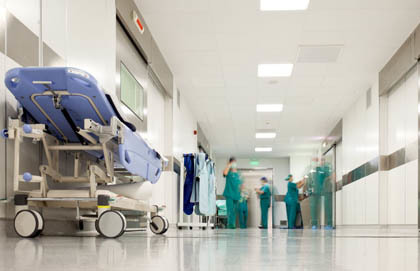 A single list documenting the establishment of Catholic hospitals for over 300 years of Canadian history launched Greg Humbert on a hunt to document the living link between faith and health care.

Humbert, now semi-retired and living near North Bay Ont., was coming to the close of his career with the Catholic Health Association of Canada in the mid-2000s when he began collecting and digitizing books, pamphlets, posters and other literature recording the history of the hospitals founded and run by Catholic nursing nuns across the country.

“I’ve always been passionately interested in history, but I also recognize that people’s memories are short,” Humbert says. “Those Sisters gave their blood, sweat and tears to leave a legacy of service in health care. I felt it was important to document that legacy and make sure it could be shared as widely as possible.”

Since he began the Catholic Hospitals Digital History Books Collection for what is now the Catholic Health Alliance of Canada, Humbert has acquired and scanned, page by page, 300 books “documenting the legacy and contribution of the Congregations of Religious Women in Canada, their mission in health care, and the founding and operation of Catholic hospitals.”

If archival dust tickles the nose reading that description, it shouldn’t. While often overlooked or outright ignored in a secular age, the contribution of Catholic hospitals to all corners of Canada is vital to our development as country. The reminder is more necessary than ever given the current pressure Catholic hospitals are under to conform to pending federal legislation allowing physician assisted suicide.

Humbert, whose academic background is in philosophy and theology but who worked in marketing and publications for the CHA, warns the pressure could spell the end of Catholic hospitals unless their historic role is recognized as a way to understand their concerns about euthanasia and assisted suicide.

“For God’s sake, we were here before anyone else,” he says. “Our sense of history and our legacy helps define who we are.”

The bare bones of that legacy on the list Humbert stumbled across, now featured on the project website records the founding of hospitals, and their religious congregations, dating from 1639 to 1945. What has been missing, and what he seeks to flesh out, is a comprehensive popular account of the way those hospitals both cultivated Canada’s approach to health care, and afforded space for strong, capable women to emerge as leaders in an age when there were virtually no other opportunities for them.

“The women who ran those hospitals were CEOs,” Humbert says. “There’s no question they were leaders in health, in the training of nurses, in caring for communities.”

The historic relationship between local Catholic hospitals and communities is a major catalyst for the content of the digitizing project not just for the content that’s recorded but for the motivation of people from across Canada to send him content. He is constantly receiving material from people across the country who want to spread the word about their local hospital and about the nuns who made it a place of caring and compassion at times of injury, illness, birth or death. He’s eager to receive more.

“That’s what I do on cold winter nights here in the North,” Humbert laughs. “I scan the pages to make sure Canadians will always know what a Catholic hospital is.”