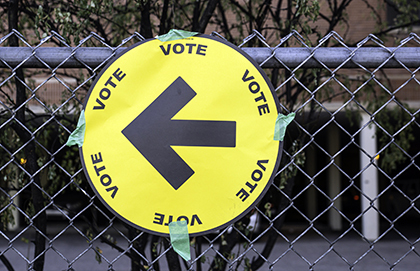 When an election rolls around, I get emails, Facebook messages, phone calls, and the occasional text message or two. Questions range from a forthright “Who should I vote for?” to “Where can I even go to get information?” My personal favourite communiques are ones like a four-letter, “HELP!”

We live in an age of information saturation. Each party lobbies across all forms of social media, the news in print, online, radio, and television flood our homes and psyches. It can be overwhelming. Be it in British Columbia, Ontario, or Nova Scotia, I hear people wondering about the value of casting their vote. Do they really matter in the blizzard of it all?

While I retain a strictly non-partisan stance during elections, I can’t help but feel that it is more important than ever to encourage our communities to come out and raise their voices by exercising their democratic rights. I strongly feel that voting is a gift – one we should take seriously.

I had the privilege of spending the formative years of my childhood ensconced in the free English classes that my grandmother put on each week for newcomers to Canada. Stories were told in hushed whispers, swirling around my ears as the adults shooed away the children to talk of their former homes. I still recall tales of flooded boats from Vietnam, cars surrounded by soldiers with semi-automatic weapons in Iran, and the feeling of the earth as family friends fled what was then called Czechoslovakia to escape communist rule.

Repeatedly, I heard people say in so many words that they were grateful to live in a nation in which they were free to raise their voices without fear of retribution or persecution. Those stories never left me. 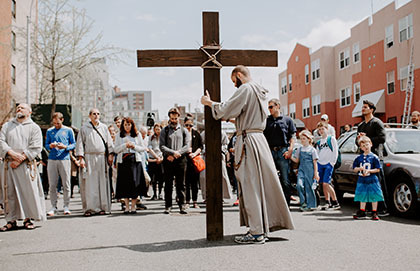 As an adult, I have logged significant time with survivors of the Holocaust and other genocides. People who have experienced what it is like for injustice, prejudice, and disenfranchisement to flourish with impunity. Forget the right to vote, these now elderly members of our nation remember what it was like to be considered less than human.

Each night, images from Syria flash across my news screen. I read about the crises unfolding in Cameroon, Venezuela, Hong Kong and Burundi. These friends and neighbours both near and far, ask for my attention. They ask me to imagine a reality different from my own. They ask, by virtue of sharing their stories, for me to hold fast to the gift of the nation I call home.

Each night, images from Syria flash across my news screen. I read about the crises unfolding in Cameroon, Venezuela, Hong Kong and Burundi. These friends and neighbours both near and far, ask for my attention. They ask me to imagine a reality different from my own. They ask, by virtue of sharing their stories, for me to hold fast to the gift of the nation I call home.

To be seen with dignity. To raise one’s voice in safety. To lend one’s attention to the affairs of the day. To commit to building the nation we call home. These are all actions made possible through the electoral system. How could we justify not making even the smallest amount of time and effort to participate in a system that allows for these things?

Here are a few practical steps to get you started:

Read each candidate’s website. What resonates? What questions do you have? What, if anything, makes you angry? Your answers to these questions are important. Now, go looking for answers. Turn to social media. Call your friends. Call each candidate’s campaign office.

Look at each party platform. Rinse and repeat the above instructions. Now look at the person running. Will they represent you and your neighbours well? Do you think they are ethical? Do you think they will listen to you and your neighbours? Do you see a through line between the person, party and platform? Is the person you plan to vote for committed to your people and this particular place?

This Monday, I urge all Canadians to go out and raise their votes. We are never more than the sum of our parts. No man is an island, said John Donne. We need each other. Democracy begins at home, in each of our highly specific ridings. We each have a responsibility as citizens beyond just our votes. Monday is merely the beginning. Let’s get started.