This piece is a response to Fr. Raymond de Souza's Convivium article from last week, Hollywood's Guild of Many Colours.

I’m no Marvel groupie. I couldn’t list all the films that would have to be viewed if one were among those brave few who gather together every year for what is now a 31-hour Marvel Marathon. What I can tell you is that Black Panther is my favourite Marvel film I have seen so far. Vibrant, culturally nuanced, and deeply convincing, Black Panther is a film to celebrate in this cultural moment.

Gorgeously shot, the first scene of the film sets the tone for the complex interplay of darkness and light that serves as a vehicle for the film’s enduring theme of the struggle between good and evil, hope and self-preservation, mercy and unchecked might. Colour guides the viewer across vast expanses of both the natural world and intricate CGI imagery. Each shot pulses with life along to the original soundtrack composed by Ludwig Göransso. Punctuated with recordings of talking drums, tambin, and the Xhosa language, Goransso’s score reflects the wisdom gained in his pre-recording learning tour of  West and South Africa with musical greats such as Senegalese musician Baaba Maal providing a unique treat for the senses.

Featuring an array of gorgeous costume designs, the film gives viewers a stunning set of outfits that pay homage to both contemporary designers like Ghanaian-British Ozwald Boateng and specific tribal dress such as the gold rings of the South African Ndebele tribe and the lip plate of the Ethiopian Mursi culture. Viewers in my very particular theatre might have heard a barely muffled squeal of joy at the sight of the distinctive traditional blanket of the Basotho people of Lesotho, recently featured in the wedding day of the dear friends who were with me in the theatre. Like a cultural treasure map, countless other subtly incorporated nods to distinctive communities await the viewer.

The full force of the film, however, comes in the depth of the dialogue that unfolds between the characters on the screen. Set in the fictional land of Wakanda, Black Panther is the story of young would-be king T’Challa who must fight to ascend the throne of the most technologically advanced society in the world. Hidden under layers of carefully cultivated vegetation and shadow, T’Challa must not only fight for the opportunity to be king, he must also decide how to steward the kingdom if indeed he gets the chance to be ruler. Nuanced themes of family loyalty, generational trauma, respect for tradition, forgiveness, resource management, and the weight of power are all addressed within the first half of the film. But at heart, Black Panther is a film that asks its viewers to reflect on the importance of mercy over might – or perhaps a might measured by mercy.

“You get to decide what kind of king you are going to be,” the Regent Queen tells a young T’Challa.

Over and over the young would-be king is asked to contend with the tension between mercy and might.

Black Panther is a film that asks its viewers to reflect on the importance of mercy over might – or perhaps a might measured by mercy. 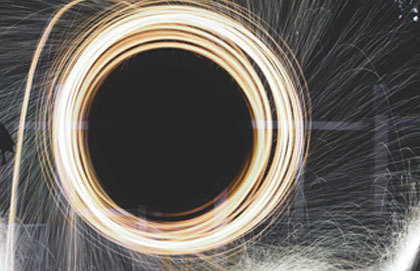 “You are a good man with a good heart. And it is hard for a good man to be king,” T’Challa’s father cautions him early on in the film.

T’Challa’s pause does just that. He offers his hand. “Your people need you,” he says.

Mercy comes at a cost. Later in the film, T’Challa confronts another enemy, this time his violent half-brother, a bitter foil to the character of T’Challa.

“Maybe we can still heal you,” he says, once again choosing to engage in the practice of mercy over might.

Viewers are treated to the enduring lesson that a king’s greatness is measured by a courage marked with forgiveness, kindness, and grace.

So, too, does the film ask the reader to consider the cost of caring for one’s neighbours. A resource-rich Wakanda must decide whether to share its abundance with the outside world. Home to the most valuable metal in the world – vibranium – the nation of Wakanda faces a choice of great consequence: continue to pursue resource sustainability and safety from the outside world or throw off their carefully manufactured shroud of secrecy to share their knowledge and resources with their neighbours who so desperately need it. In this way, Black Panther asks viewers to wrestle with the competing aims of self sufficiency and love of neighbour.

As we watch the new King of Wakanda weigh the decision to secure his own nation’s future or take a risk in sharing resources, viewers are asked to wrestle with uncomfortable questions: Are we willing to open our eyes to the need found right outside our front door? Are we willing to love our neighbours, even if it costs us something? Are we willing to share our resources with those have not had the same historical access to the learning and technology that we have?

While my own lived experience limits my ability to discern fully the layered socio-political and cultural commentary hidden within film, it is clear that Black Panther’s legacy extends beyond its impact on the screen. Debuting 52 years after the first introduction of T’Challa and Wakanda in Marvel Comics’ Fantastic Four No. 52, Black Panther engages a new generation of viewers, asking them to wrestle with racism and damaging cultural tropes while celebrating the stunning diversity of African and African-American culture.

Recenty, Walt Disney CEO Bob Iger announced that Black Panther will be re-released in a series of theatres to mark Black History Month. Tickets are free. Disney has also committed to donating $1.5 million to UNCF, “an organization that gives scholarships to black students and provides funding the scholarships at 37 historically black colleges and universities.”

In a Hollywood that is too often besieged by reductionism and self-congratulatory smugness, Black Panther is a bold, beautifully layered, and rare tribute to the courage found in leadership marked by mercy, the diverse complexity of African culture, and the willingness of a community to love their neighbours regardless of the cost.

The Inescapable Gravity of Grace

How fitting, observes Convivium contributor Terry Lisieux, that the unveiling of the first photograph of a black hole should occur just before Easter reveals again the central Moment of Christian life.

Hollywood’s Guilt of Many Colours

A Rabbi for the Long Way Home