Jim Stanford sports an economist's badge on his white-collar shirt front, yet works for the Canadian Auto Workers. This combination gets him punditry gigs on CBC and in the Globe and Mail.

Almost everything he says, of course, turns out to have the predictable burble and sulphur of the primeval class-warrior. You can tell and smell it from three blocks away. There's no normal need to move in for exact identification.

Almost is always an important qualifier. The old American Spectator used to caution that "assorted jackasses" sometimes say things worth the time of day. Such is the case with Stanford's column in Monday's Globe on the dangers of de-industrialization in our major cities. Naturally, large bits of the column wobble and heave like a Saturday morning step class. But at its core, it makes a compelling argument about the long-term damaged being done by the current frantic—and self-evidently unsustainable—condoization of Canada.

"The (condo) boom is gobbling up land almost as fast as it sucks up mortgage debt. Important tracts of urban space, once used to support jobs and produce wealth, have been drawn into the vortex of real estate speculation," Stanford writes.

"Fat profits on multiunit residential complexes allow developers to outbid any other user for a given plot of urban land. That jeopardizes the sustainability of manufacturing, warehousing and other industrial uses," he adds. 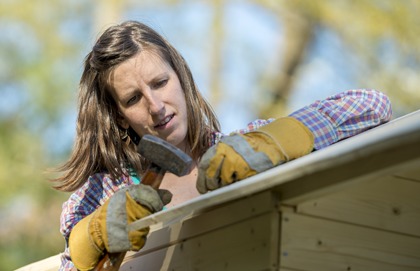 Trading Up: Women and the New Industrial Revolution

Then he delivers this kicker line that brings home a boot-in-the-butt matter-of-fact truth: "The resulting disappearance of decent industrial work will undermine the economic and social well-being of our biggest cities."

Now, of course, the private property fetishists and anti-union nasty boys will join in shrill chorus to counter that people are entitled to make whatever profit they can from land they legally own; that the economic sclerosis caused by Stanford's masters in Big Labour is properly to blame for the loss of "decent industrial work" in our cities. But that is a misdirection play typical of such types. It diverts attention from the crucial point that our cities are—and must be—places where people actually work.

That's "work" as in making things. That's "things" as in solid objects, tangible products for an incarnate world.

Yes. Yes. It's the Information Age. Data bits are today's bricks and mortar. We are the people of the one and the zero, perfected by our pursuit of phlogiston. Right? No, actually, we aren't. We still require real things, concrete things that are sometimes made of real concrete, in our daily lives.

We've just chosen to deny it and so become the dream world inheritors of the squeamish romanticism that Jonathan Swift satirized in scatological poems such as "The Lady's Dressing Room." We've just chosen, delusionally, to place the places where things are actually made well away, prophylactically, from where we actually live.

First we shoved them out to "industrial parks" in the suburbs, doing to prime farmland what Stanford rightly sees us now doing to urban industrial areas. When that wasn't far enough away, we put metaphoric sails on our industries and sent them "offshore" to tragic countries where factories explode into flames and workers trample each other running head-long into the single, nailed-shut exit door. Better just to watch that sort of thing on YouTube rather than having it happen down the street from our favorite latte bar, now isn't it?

The result is the yoga studio as economic engine of the downtown core. It's the Pilates parlor as the pillar of local job creation. Yoga and Pilates are both wonderful for body, mind, and soul. But they are not, and can never be, the source of "economic and social well-being" that comes from having "decent industrial work" as an integral part of a city's fabric. Yogis wearing $300 Lululemon trousers and bearing lime-coloured rolled up rubber mats cannot compensate for the loss of multitudes of men and women with lunch boxes under their arms walking to work and home again.

In Monday's Globe column, Jim Stanford spells out why. For that, he almost deserves a second look.

Trading Up: Women and the New Industrial Revolution

Kellie Leitch, Canada's Minister of Labour and Minister of Status of Women, who pointed out the continued relevance of this issue: "We don't have the right people in the right places doing the right things And following Minister Leitch was Rosemary Sparks, another of the few remarkable women who bel...