Debate over the federal government’s updating of the Broadcasting Act has largely focused on the issue of free speech.

Supporters of so-called Bill C-10 insist it poses no threat to Canadians speaking freely via the Internet. Critics see it as a menace to Charter-protected free expression. Both camps agree free speech is a good thing. They differ on how much the amendments advanced in C-10 violate that good.

But there is an equally important – maybe even more important – concern with the Bill. It is contained in C-10’s own language expressing what it proposes to do. The premise of the legislation rests on the currently fashionable belief that it is legitimate to call a thing what it is not so long as that seems to transform it into what politics needs it to be. Things have no inherent meaning. Their meaning – what they are – derives purely from the political purpose to which they can be put.

In the specific case of Bill C-10, government politicians are convinced State control must be extended over the Internet. They might be right or wrong about that. Rather than make the case directly, however, they put forward the following legislative syllogism:

Evidence of this was available last week in a story from south of the border where the National Association of Broadcasters released a study concluding that TV and radio stations in the U.S. lose “close to $2 billion per year in value in their content” to Internet platforms such as Facebook and Google.

The study, reported online by the industry trade magazine Broadcasting and Cable, was aimed at lobbying U.S. governments for financial and anti-trust support in the battle against what are called “Big Tech platforms.” It notes, tangentially, a similar effort underway by American newspaper publishers.

Even broadcasters who distribute aspects of their content online do not consider the Internet to be broadcasting.

Citing huge losses broadcasters have suffered at the hands of “Big Tech” Internet outfits, the report notes “no tech platform…pays broadcasters a fair price for their work.” It adds that “algorithms ‘do not properly weigh local broadcast news, which intentionally and unfairly undervalues broadcast content in search queries.... There is no viable revenue model from the technology platforms that pays or enables broadcasters to earn equitable revenue.’”

Here the problem of language in Bill C-10 becomes most apparent. It tries to evade the whole contradiction by, in its opening sentence, revamping the Broadcasting Act to add “online undertakings – undertakings for the transmission or retransmission of programs over the Internet as a distinct class (emphasis added) of broadcasting undertakings.” 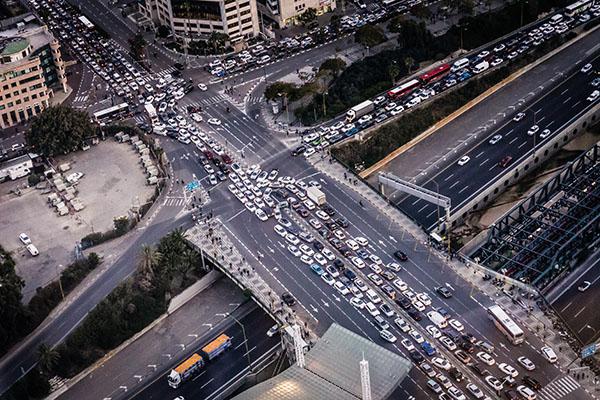 Chaos ’Round The Corner for CRTC
Intimations of Constitutional Crack Up?
Truth and Justin Trudeau

The absurdity is underscored throughout the text of the Bill. It repeatedly contains parenthetic exemptions for “online undertakings” where the difference between broadcasting and the Internet is so irreconcilable that failing to acknowledge them would turn C-10 into gibberish.

For example, the amendments specify “that a person shall not carry on a broadcasting undertaking, other than an online undertaking, unless they do so in accordance with a license or they are exempt from the requirement to hold a licence.”

Well, no kidding. We license broadcasting. We do not license the Internet. Why? Essentially, for the same reason we can be required to buy a permit to enter a National Park but don’t need to buy one to enter our backyards. Broadcasting operates on a finite band of electromagnetic public property known as the radio spectrum. The Internet does not.

Likewise, C-10’s definitions of its terms. It stipulates, for instance, that a “programming undertaking means an undertaking for the transmission of programs, either directly by radio waves or other means of telecommunication or indirectly through a distribution undertaking, for reception by the public by means of broadcasting receiving apparatus but does not include such an undertaking that is an online undertaking; (entreprise de programmation).

But, the question must be occurring to some, isn’t all this only just semantics? The answer, perhaps surprising, is “yes” and “no.” It is semantics. But semantics are never only just semantics. Even in the most rudimentary of conversations, they provide the structure of meaning. At the pinnacle of expression known as democratic legislating, they underpin the laws that give full meaning to the rule of law. They must ever and always be over and above the mere pursuit of any given political purpose.

Here is a clause in Bill C-10 that explicitly demonstrates why this is so.

The legislation requires a given broadcasting entity “through its programming and the employment opportunities arising out of its operations” to:

serve the needs and interests of all Canadians — including Canadians from racialized communities and Canadians of diverse ethnocultural backgrounds, socio-economic statuses, abilities and disabilities, sexual orientations, gender identities and expressions, and ages — and reflect their circumstances and aspirations, including equal rights, the linguistic duality and multicultural and multiracial nature of Canadian society and the special place of Indigenous peoples within that society….

That is a profound, indeed fundamental, statement of national moral, cultural, social and political meaning. You might agree with every word of it. You might reject every word of it. You might tick “agree” here and check off “disagree” there. But if you are a licensed broadcaster in this country, you agree to accept, sign off and be governed by it in exchange for the privilege of renting transmission space on the finite public electromagnetic spectrum. The Internet, by its nature from its origins, has never imposed any such pre-emptive obligation on you.

Think of a cat fanciers club being obliged to allow, say, Corgi pooches into its annual best-in-show competition as a "distinct class" of felines.

In fairness, it must be acknowledged that even with Bill C-10’s changes to the Broadcasting Act, that obligation might never be imposed on you. But given the nature of politics, especially politics where language itself is subordinated to particular political purposes, it’s prudent to anticipate that at some point, someone will have an interest in asking why.

You see the process? That which something was not becomes, through re-naming, indistinguishable from that which it now is. Control consolidates. Significant opposition no longer exists. Freedom is forfeit. Equally – maybe even more – importantly, meaning becomes meaningless.

Photo by Jess Bailey at Unsplash.com