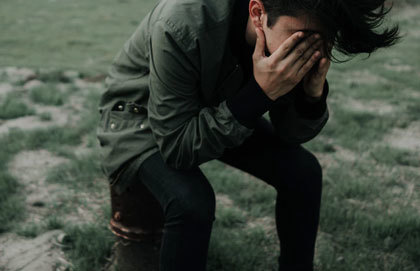 Over and over again in the Bible we see people fail. They fail to understand, fail to follow, fail to obey. And yet we see a new dynamic to failure when Jesus enters the scene. Because when we fail, we are left with the choice of where to turn: towards the glory of Christ or away from Him?

The Apostle Peter and Pontius Pilate both failed. Miserably in fact. When Jesus was in His time of deepest need, Peter refused to even acknowledge knowing him, never mind stand at His side. He denied knowing Him – not once, not twice, but three times. Think about Jesus standing before Pilate. Despite the Roman prefect’s own discernment, and God's word to his wife, Pilate was unable to stand against the angry mob and turned Jesus over to them. A man he knew to be innocent, given over to be put to death. Not Your will, but mine.

Both Peter and Pilate stood face to face with Jesus and failed. They had an encounter with Christ, and yet they failed. And each of their stories ended the way every human story has ended since the dawn of time: they died. And yet, their deaths were very different.

Peter was the one Jesus called the Rock, promising to build His Church on him. And He did. Despite all Peter’s failures and shortcomings, Jesus called him out, empowered him, and built the early Church on him. Though not recorded in Scripture, church history holds that at the end of his life, Peter was crucified for his faith in Jesus Christ, his Lord and Saviour. The man who was once too afraid to acknowledge that he was a follower of Jesus was so transformed by His glory that he embraced death for his Saviour as an honour he was unworthy of. Not my will, but Yours.

Years ago, I heard in a sermon that the mark of spiritual maturity is that when you sin, you run to Christ – not away from Him. When Peter came face to face with his failure, he ran. He ran from the realization of his sin. More importantly, though, God turned him around. Eventually he once again came face to face with his Saviour and, rather than running from Him, ran to Him. Not my will, but Yours. 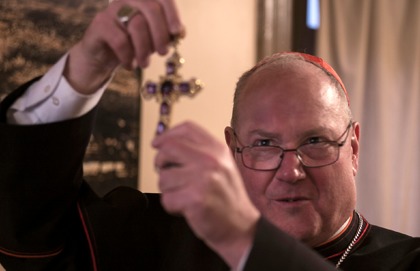 Courage, Clarity and Charity
A Matter of Belonging
From Sea to Sea

Are you afraid? Are you unable? Are you ashamed?

When Pilate failed, he too ran. When he could not defend Christ or stand his ground against the angry mob, he ran – washing his hands of Jesus' blood and turning away from his ability to intervene. But unlike Peter, we don't see him run back to Him. We only see him run away. And while his death is shrouded in historical uncertainty and Church history has woven different possibilities of divine vengeance or redemption, we do know it was most likely suicide – either self-inflicted or upon the order of the emperor.

Pilate’s failure filled him with fear, and rather than chase the Saviour who's glory could eclipse his own failures, he chased man-made success and power to cover his shortcomings – that chase ultimately taking him to his demise. Not Your strength, but mine.

Peter's failure was agonizing. In John 21, in a post-Resurrection encounter with His disciples, Jesus asks Peter three times if he loves Him. I can imagine the heat that rose to Peter's face – the embarrassment with which he answered. What right did he have to say he loved Him, when such a short time before he had denied Him? Peter's failure humbled him. There was no denying his shortcomings. There was no room left for pride. There was no space for personal glory. All that was left was a deep understanding of the grace and glory of Christ. Not my strength, but Yours.

Failure puts us face to face with the glory of Christ. Where we fall short, He is enough. Where we can't do it, He is able. When Jesus hung dying on the Cross, when he lay dead in the tomb, it looked as though He had encountered ultimate failure. But in an earth-shaking, curtain-tearing moment of power, failure was snatched away as the power of sin was broken. Failure cowered in the corner as the power of the only living God surged through His body and brought Him back on the third day. There was no failure – only His glory. Not my glory, but Yours.

Are you afraid? Are you unable? Are you ashamed?

Failure will always be there. For better or for worse it is an intrinsic part of the human experience. So embrace it, for all it's painful, awkward, jagged edges. Embrace it for the way it teaches, the ability it has to point us back to Christ. In the light of my failure, not my will, but Yours.

I have found that in the face of failure, God's glory creeps in and there is relief. So often feelings of failure are tied to things outside of our control – circumstances we can't change, or struggles we have no choice but to walk through. Feeling failure isn't the same thing as failing, but both can be used to drive us closer to the heart of God. I wish I remembered more in the moment that failure is a gift. Yet in the moment, more often than not it doesn't feel like a chance to run to Jesus. It feels like a crushing defeat.

Failure is inevitable. It is a painful breaking of the pride that says not Your will, but mine. Not Your strength, but mine. Not Your glory, but mine. It is the breaking of that pride that draws us back to the Cross, to the simultaneous humility and grandeur of the sacrifice that there occurred, to once again say not my will, but Yours. Not my strength, but Yours. Not my glory, but Yours. Failure gives us the opportunity to realign ourselves with the face of Christ, and to kneel before His glory.