Yesterday, Trinity Western University announced its decision to make its Community Covenant (which has been the focus of controversy for two decades) voluntary for students. The decision comes after a years-long legal battle surrounding its proposal to open a law school. In the face of Ministerial approval and approval from the Federation of Law Societies, the provincial law societies of Nova Scotia, Ontario and British Columbia declared that they would not accredit TWU’s proposed law school on the basis that TWU’s Community Covenant—which includes a commitment to abstain from sexual intimacy outside the confines of a Biblical marriage between one man and one woman—was mandatory for all students and acted as a barrier to LGBT students.

TWU challenged those decisions and eventually took the Ontario and B.C. cases all the way to the Supreme Court of Canada (Nova Scotia’s law society chose to not appeal the Nova Scotia Court of Appeal’s decision in TWU’s favour).

In the face of the Supreme Court’s decisions, TWU was left with an important decision to make: either maintain the Community Covenant and give up its plan to open a law school (and potentially face further challenges to its other professional schools) or abandon the mandatory nature of the Community Covenant. Abandoning the Covenant would not only preserve TWU’s law school ambitions, but potentially neutralize further challenges. Trinity Western chose the latter and in the 24 hours since the decision was announced, there has been a divided reaction from the Christian community.

Some disapprove of the decision and ask why TWU didn’t simply make the Community Covenant voluntary years ago, instead of spending years and millions of dollars fighting a legal battle that it ultimately did not need to wage. Others say that TWU fought the good fight, lost and now is simply responding to the Supreme Court’s decision in an attempt to preserve its institution and community. Beyond those disagreements, though, is a matter for serious consideration that neither attacks nor defend TWU’s decision. It requires thinking through what, if any, the legal or other implications of the Community Covenant decision will be. 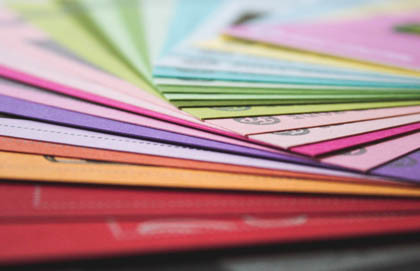 In the two months since the Supreme Court’s decisions in the TWU cases, many have suggested the decisions imply it is unreasonable for a faith community to agree on conduct requirements for its members. That interpretation is not at all accurate. The confusion comes, in part, from the terms “reasonable” and “unreasonable”. These are words that people use in everyday speech, but they are also legal terms with specific legal meaning that even most lawyers who don’t practice administrative law don’t understand.

When the Supreme Court said it was “reasonable” for the Ontario and B.C. law societies to reject TWU’s application for accreditation because of the mandatory nature of Community Covenant, it was not saying the law required the rejection, or that accrediting TWU would have somehow violated the law. Instead, the reasonableness test—which is the focus of much criticism within legal and academic circles, particularly as it relates to Charter rights—asks the Court to determine if the decision “falls within a range of reasonable possibilities.” The problem with the reasonableness test is that after going through the necessary legal analysis, the decisions of the law societies in Ontario and B.C., which chose to not accredit TWU, are reasonable. At the same time, the decisions of the law societies of New Brunswick, Newfoundland and Labrador, Prince Edward Island, Manitoba, Alberta and Saskatchewan, which all did choose to accredit TWU are also reasonable. And therein lies the source of the criticism: the reasonableness test results in unequal application or protection of Charter rights.

What I am certain of however, is that the TWU battle—past and present—is not the end of the fight for institutional/community religious freedom in Canada.

Since the Supreme Court decisions were released, I’ve had disagreements over its implications with a number of colleagues who were also involved in the litigation. Many people—lawyers and non-lawyers—have written that the decisions mark the end of religious freedom in Canada or have gutted the Charter of religious freedom. I agree they are a blow to religious freedom, but their application is limited. In fact, in reading the TWU decisions, the Supreme Court repeatedly makes clear that its reasons apply only to the facts before it. What that means from a legal perspective—and again, constitutes part of the problem with the reasonableness test—is that the decision in the TWU cases are not binding on anyone else because they’re not correct decisions but, rather, fall within a range of reasonable possibilities.

I’m not sure what the Community Covenant decision will mean for the broader Christian community and frankly, I’m torn on whether it was the right decision to make or not. What I am certain of however, is that the TWU battle—past and present—is not the end of the fight for institutional/community religious freedom in Canada. Rather, it’s just one of many more battles that will inevitably be fought. When those battles do come, I hope the next litigants will fight as faithfully as TWU did.

Canada’s beer drinkers are crying in their suds over last week’s Supreme Court decision on interprovincial trade barriers. But Ottawa lawyer Albertos Polizogopoulos says a legal principle at the heart of that ruling might put smiles on the mugs of Trinity Western University supporters.