It is always both fun and risky to make predictions about the future. Things in our world are changing rapidly. Who knows where they will go tomorrow, or next month or next year? Things that seem impossible can suddenly become possible.

I am going to deal with the future of freedom under three major categories. The first is the ongoing impact of postmodernism. The second is the motivation of those who are limiting freedoms. And the third is the impact of technology.

I was born and raised in modernism. This was the scientific age. The age of space exploration. We only trusted what could be proven. Freedoms were respected as long as you were seeking truth or seeking to prove truth.

Postmodernism has its roots mainly in the writings of French philosophers. A basic attribute of postmodernism is to deny the claim that there is absolute truth.

French philosophers Jacques Derrida, Michel Foucault and Jean-Francois Lyotard are deconstructionists, seeking to tear down fundamental institutions of society because they are seen to be oppressive. In particular, Derrida views governmental and social institutions as white oppression. One can see roots of current controversies such as white privilege here.

Foucault addresses structures of power, particularly how knowledge is used as a form of social control. He argues that sexuality is socially constructed. Here is a philosophical foundation for some of the controversies relating to sexuality including same-sex marriage and transgender issues.

Lyotard argues that use of language is power. If language is power, battles over the use of language are common. Whoever controls the microphone, controls the truth. So it is important who gets to speak. It is therefore no surprise that there are huge battles over who gets to speak publicly. If you can shut down someone’s ability to speak, you can keep their version of truth from being considered.

Philip Rieff published The Triumph of the Therapeutic in 1966 arguing that the psychological person has replaced the religious person.  Rather than seeking God, people now are on a quest for personal well being. We watch Oprah rather than go to church.

In the future, we must always assess these well-meaning restrictions on the standard of freedom

In our postmodern society, tolerance is the highest virtue because it is inappropriate to judge someone else’s quest for self-actualization.

Why do I start here? Because these ideas have now been translated into our culture.

The triumph of the therapeutic makes people believe that they have a right not to be judged and not to be offended. This is the source for the university protests against speakers who might challenge students in their ways of thinking.

Oddly, for students who have been trained to distrust meta-narrative, they seem to have adopted a narrative of the truth of their own ideas, and that they have a right not to be challenged.

It is hard to know where the extension of the ideas behind postmodernism might lead us. We certainly are seeing a rebellion of cultural norms, individualism and emotivism. Some of the deconstructionism that we are seeing results in loss of the very structures that protect us as individuals from the power of the State.

Many of the current issues where Canadian freedoms are threatened involve insidious, but seemingly minor, restrictions on freedom. The rationale for these restrictions is the protection of some other, higher value.

Let’s take the example of the Law Society of Upper Canada’s requirement that lawyers file a statement of principles related to equity, diversity and inclusion. The requirement came out of a two-year study on racism in the legal profession. The narrative that came out of that study is that non-white lawyers have a harder time getting hired and promoted by big Bay Street firms. So the answer, apparently, is to require lawyers to sign on to principles that they are not racist and won’t hire based on race. Never mind that this is already required by the Ontario Human Rights Code. In addition, law firms with more than 10 lawyers have to file a plan to increase diversity and inclusion.

Of course, any lawyer who opposes this is seen to be racist. No one wants to step up to the plate and oppose diversity and inclusion. Besides, it only reflects obligations we already have under existing human rights legislation. 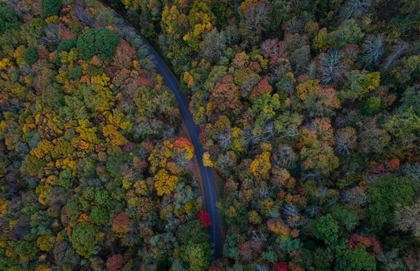 Those who are imposing these kinds of restrictions on freedom have a noble cause: fighting racism.

In social media debates over this, many lawyers argue that signing on to this kind of thing is a small restriction on liberty that is well worth it for the privilege of serving the public.

The restriction on doctors with respect to conscientious objection to referring for abortion or medical aid in dying has a similar noble sentiment behind it. This is for the good of patients. How can doctors impose their conscientious beliefs on patients and restrict the ability to access legal medical services?

There have also been initiatives to limit religious expression. This has been happening in different forms in the U.S. and the U.K. In the U.S., Christian organizations have been restricted from university campuses because they have a requirement for leadership that the person be Christian. This violates anti-discrimination policies put in place by student unions. Anti-discrimination policies are laudable. But in the circumstances, it is nonsensical: how can someone who is not a Christian lead a Christian club?

In the UK, a Christian student group was told that they could not have a table at a clubs’ forum for first year students. The rationale was they might be offensive to some students on the basis of their stand on homosexuality.

When Premier Rachel Notley recently denounced the Roman Catholic sex ed curriculum in Alberta, she was adamant that “the health and well-being of students comes first.” She suggested that Catholic schools would be teaching students to attack or hurt others and that denies human rights. Of course, it later came out that what she was denouncing was a complete misinterpretation of the actual curriculum proposal. But the concern is that religious schools were seen as likely to be teaching students material that was harmful.

In the future, we must always assess these well-meaning restrictions on the standard of freedom. As I have responded to those lawyers who think it is acceptable to have minor restrictions in this form, if this was being imposed on one of their clients, they would fight tooth and nail against it on the basis of the freedoms guaranteed in the Charter.

It is hard to believe that social media is a relatively new phenomenon. It has so taken over our lives that it seems like it has always been here.

We have the challenge of a U.S. President who seems to be governing the country through Twitter. And we have the new phenomenon of fake news. Many people have created their own echo chambers where they only see and hear things that reinforce their point of view. This is dangerous for democracy and future of freedom altogether.

In addition to this, already we are seeing people sanctioned for what they post on social media. There is not a free and open space to dialogue about contentious issues.

A Christian student was expelled from Egnland’s Sheffield University on the basis of a Facebook post opposed to same-sex marriage. The university said that he was expelled not for his beliefs, but that he posted them publicly and may have caused offence to some individuals.

A recently elected MP from Alberta, Dane Lloyd, has been mentioned already in the House of Commons for a social media post from 2009. Dane wrote that post when he was 18. But anything you have ever said is fair game when you become a public figure.

These are minor when we consider what could be coming in the not-too-distant future. It is hard not to sound like a conspiracy theory nutcase when talking about this. So I will tell you that much of this future technology thinking I heard on a CBC episode of Quirks and Quarks titled “Will I have to become a cyborg to keep my job?” Seriously!

For those of you who are scratching your heads wondering what  a cyborg is, it is part man and part machine.

Artificial Intelligence (AI) is rapidly being developed. The most notable at the moment is self driving cars. I have family members who operate farm equipment that pretty much drives itself – and does a better job than humans.

In the near future, many jobs could be replaced by some form of robot. So, how do humans compete? One proposal is for us to become part robot. Another is that we plug our brains into some form of super-intelligent hive.

We have already seen one employer “chip” its staff. This eliminates the need for ID cards, which can’t be stolen easily. But the chip can also be used to buy things in the cafeteria. Will the employer be checking up on whether you are constantly buying donuts and give you suggestions for eating more salads? What about if you get fired, will you have forced surgery to remove the chip?

My phone knows an awful lot about me. It knows my friends, my shopping habits. It can phone my mother. There is an app for everything – music, podcasts, Uber. You can, of course, use your phone to pay for purchases.

Many people, including me, use Fitbits and apps that track fitness, sleep and diet. They can even track “mindfulness.” At this point, these devices are external. It is such a small step to an implant that tracks this all for you. It is in the name of health.

But once we have an implant, will we be vulnerable to being hacked? Already, we are often unaware how much our phones and computers track our activities. Well, actually, we are aware but often choose to ignore it. I search for a new pair of boots on one device and an ad for boots comes up on another device. I know if my husband is dreaming about a beach vacation: I start getting ads on my Facebook. It’s like it can read my mind.

According to Sheffield University, your religious beliefs are not a problem, offensive as they may be, it is making them public that is a problem.

There are many films and books about some form of dystopian future where we lose our freedoms to run our own lives. The technology to make this happen is closer than we think. We know from recent events that your personal information is not secure even if it is stored in a law firm in Bermuda. As we move closer to being personally physically connected to the Internet, what is stored in our brains may no longer be private.

Are we willing to take risks to ensure that our freedoms are not eroded? These risks may include stepping away from technology in ways that might compromise our ability to do certain jobs. It might also separate us from mainstream society. But if we want to protect our freedoms, we need to be vigilant to stand up for them.

Today, we release the third piece in our series of Policy Options articles that have emerged as a response to our Spirited Citizenship: Care, Conflict, and Virtue round table in Ottawa last month, convened in partnership with the Angus Reid Institute to mark Canada’s Sesquicentennial.