Convivium: Science versus religion is always a hot topic, but I gather you’ll be talking about it in a somewhat different way than we’ve come to expect?

Milton Friesen: I’ll be looking at the institutional aspects of science and religion both (serving) common goods. They both operate as quasi-public extensions of the common good. So my question, what I'm pursuing is, what does that look like? What could collaboration look like? What are the common problems they share? Both of them have PR problems at certain points. Both lament illiteracy about them. What if we could think about ways for them to be more effective with their institutional collaboration without requiring all their content to be aligned with each other?

Convivium: So your perspective is that shared approach, a shared vision of common good existing, even if both might define that common good in their own way?

Milton Friesen:  Yes. One of the drivers was reviewing the Canadian Science Policy Conference held in November 2017. It’s “the” national conference that looks at science and policy in Canada and has been growing in significance in reviewing the material, I thought, "There are so many points here at which (scientists are) looking for public support. They want, they need, better public engagement.”

They need the support of elected officials. They need investments that require public money, and public money requires public support. Yet they have difficulties in areas like attracting women, attracting young people into STEM research, and all of those issues. What’s interesting is that many people such as (the late) Christopher Hitchens mock and deride religious beliefs, yet science itself has a public image problem when it denigrates religious belief and institutions and marginalizes them, then turns around and asks the public for support. The public includes significant numbers of people with religious beliefs.

So there’s a demand of public money for scientists because science does provide a public service. It provides for our economic competitiveness. It helps (solve) problems we face, whether it's climate change or understanding social dynamics or doing basic research on things that will lead to new communication tools or space travel or communication satellites. There's definitely a strong public good that underwrites this. Research at universities has significant public funding that supports exploration.

Yet the science community talks to the public as though the public has this neat divide of, 'I support science therefore I'm not religious’ or 'I’m religious so I don’t support science.’” For most Canadians, that’s not true. Elaine Howard Ecklund’s scholarship at Rice University suggests this isn’t even true for researchers themselves.

Convivium: This is a very large topic to fit into one talk.

What if we could think about ways for them to be more effective with their institutional collaboration without requiring all their content to be aligned with each other?

Milton Friesen:  Well, it is a bit of a test run. I'm using it as a platform to test these ideas because I’d like to see whether we can put together a panel proposal for the Science Policy Conference next November. It's very competitive, with a lot of people wanting to be on panels, but I want to propose a panel on this idea of institutional collaboration. Instead of debating the content of scientific or religious belief or wrestling over respective determinations of authority, I want to talk about institutional collaborations. What does that look like? Could we see new forms of interaction that don't ask us to first decide (content)? We need to do better than the zero sum competition model that just doesn't work institutionally or in terms of the common good.

Convivium: Is this the same conference where Governor General Julie Payette caused controversy with her comments critical of religious belief? 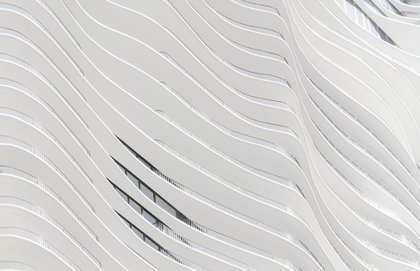 Is God Good For Cities?
Faith For Our Future
Shadow and Light in the Post-COVID Church

Milton Friesen: Yes, although I want to be careful. I’m not interested in lighting fires or building on controversy about science and religion. There are plenty of things to take shots at on both sides. My talk isn’t aimed anywhere near a debate about God and science. I want a substantive discussion about the institutional forms of religion and science and how the serve, and could better serve, the common good.

Convivium: Yet doesn’t what the Governor-General said epitomize what you're getting at? She thought she was speaking to peers, and reflecting their particular (and assumed) negative attitude toward religious faith. Yet many Canadians responded to her remarks by saying, 'You can't say that. You can’t denigrate religious faith that way.' Is that the dynamic you’re hoping to deal with?

MF: What is important is the two institutional forms significantly overlap in the public square, the common goods space, in the public service space. I want to see more discussion and collaboration aimed at identifying their common institutional challenges including public relations, illiteracy, institutional pathologies that can show up in the form of various fundamentalisms, and so on. I don't see religious leaders engaging effectively around this, and institutional science operates as though such considerations are beneath it. Religious communities tend to weigh in on other issues: multi-faith responses to this or that scientific piece, whether it’s evolution or the latest discovery in physics such as the God Particle or other content related questions. That’s important. I don't want to diminish that. Let's debate whether this or that subatomic particle might be the fingerprints of God. But I want to talk about institutional forms that have public accountabilities, public service assumptions, built into them. Let’s do all we can to mature that conversation.

Where do those overlaps occur? Could there be unexplored spaces there?  Is it possible that religious institutions could actually inform a research direction? Not do the research or determine what gets researched, but inform and even contribute to understanding the nature of certain questions that are perennial and very human. I think it's possible – I’m sure others will not.

Could we understand how collaborating even in terms of the public relations side is something this community needs to work on? Both of them have public black eyes. Both have been responsible for some horrendous things. It's not like they’re unmitigated goods. They’ve done significant harm in many respects, as well as delivering enormous good. So, if they just could stop ignoring or attacking each other for a minute, they might see that so many of the intractable problems facing us will require both/and/plus.

Let's sit down and actually think about that. Where those conversations are happening, , let’s promote them. Where they aren’t, let’s get it started.

C: So you’re saying let’s move to another level of the argument. There are other issues that need to be explored?

MF: Core issues. There are many issues we're facing that will not be solved by isolating these into their scientific or religious (aspects). Environmental issues are an example. We know for sure that you won't move the dial on that if there isn't significant social structural response to it, including institutional structural change because it involves people’s work, culture, and a complex web of interdependencies. We call it climate change but it is very much about the existential nature of human life on the planet. There are no single shot solutions Sufficient change is not going to happen by us just putting our pop cans in the right garbage can. That's not going to be enough. We need full human engagement.

There’s a strategic, a tactical and a policy angle, and the timing seems to me interesting and good to try to further these.

C: If we think about the Angus Reid polling data that Cardus produced over the course of Faith in Canada 150 last year, the numbers showed the attachment people feel for faith-based organizations that are active in their neighbourhoods versus large, abstracted ideas of faith. I imagine that the same is true with science.  We appreciate scientific research that helps us at the local hospital if we’re having heart trouble. We might not like where Science with a capital “S” has led us quite so much.

MF: So the question becomes what do their common obligations as institutions give to us in common? What is it that we share together? Is there accountability to the public? Religious communities issue tax receipts because they're perceived to be doing good. They’re not just making rich people richer or serving a private interest. They're actually contributing to some sort of public or common good, so they are given that privilege.

Science uses public money with the idea that it will be good for us even if that happens decades down the road. Otherwise, why are we putting money into it?

Part of my interest comes out of the city context where you see interactions happening – or not happening – in close geographic proximity to each other. Mutual exclusion just seems to me to be a problem that is also an opportunity. I want to explore the opportunity.

Shadow and Light in the Post-COVID Church

Two long-time journalistic and personal friends, former CRTC commissioner Peter Menzies and Convivium's Peter Stockland, weigh the future of faith life in a Canada where churches have been shuttered by government order.