Dismiss this if you like as the churlishness of a Westerner who has lived many years in Quebec, but Justin Trudeau reminds me of a one-eyed inebriate playing whack-a-mole. On the rare occasions when he scores a clean hit, he celebrates by thumping himself in the head with the rubber mallet.

Last year, I overcame my nature-and-nurture revulsion toward the Trudeau name.  Setting aside my reflexive loathing of Pierre Elliott Trudeau as a prime minister, I praised his son—despite the many sins of the father—for his immediate and pointed rejection of Quebec's odious Charter of Values.

It stands true that as one of the first to object vehemently to the Charter's illiberal nastiness, Trudeau fils was a catalyst for the ensuing opposition. At the time, I thought he had taken an intelligent and principled stand.

Turns out, it was much more like a lucky guess.

The evidence is his staggeringly bizarre edict announced, apparently impromptu, last Tuesday that the Liberal Party of Canada will, from now on, be an exclusively pro-abortion political monoculture. Incumbent MPs who hold pro-life views will, apparently without irony, be deemed "grandfathered" and allowed to retain their beliefs. Prospective Liberal candidates who are pro-life need not apply.

From a purely strategic perspective, this seems to border on blind lunacy. How can the leader of a struggling third party see benefit in excluding potentially appealing candidates, and therefore absolutely vital coalition building capacity, on the basis of a single issue? 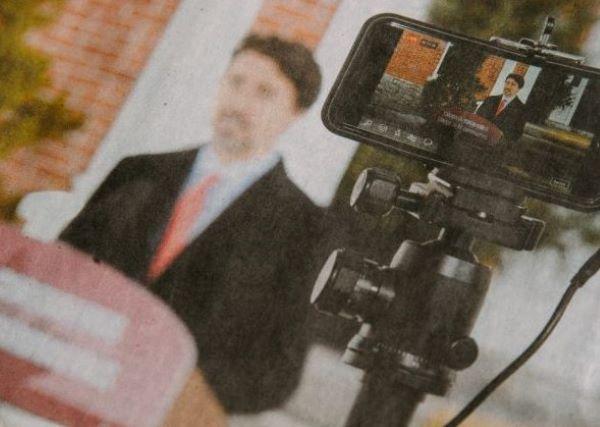 And on the basis of simply fairness and equality, how is that leader possibly going to enforce such a dictate? Will the chairs in the Liberal caucus room be arranged according to eligibility to dissent on abortion? What of the resolutely pro-abortion rookie MP who has an inexplicable change of heart the day after the next election? Will she be made to stand in the corner of the caucus room wearing a dunce cap and donkey's ears until she re-assumes the accepted position?

Yet there is more to the matter than mere electoral or parliamentary mechanics. There is Young Trudeau's quite frightening incapacity to understand the anti-democratic underpinning of what he has ordained. The Eldest Son of the Old Dogmatist seemed blithely unaware that his on-the-fly new rule suffers from the very intellectual agoraphobia that afflicted proponents of Quebec's doomed Charter. The public square, at least on Justin Trudeau's watch, will be as narrowly foreclosed as a medieval nun's closet; the light, air, heat, and turbulence that are its native elements must be controlled, confined, suppressed.

It is deeply troubling that neither he nor the Liberal Party brains trust around him nor, apparently, most of his MPs, find this deeply troubling. One purportedly representative Liberal MP from the Manitoba riding of Ikea-Generic offered the Globe and Mail the studied assessment that the Trudeau dictate on abortion was no big deal.  Though pro-life himself, he said, he has many other issues on his agenda and would tend to them rather than speak out on what he has been told to shut up about.

He seemed unfazed by the breach of parliamentary privilege that represents. He seemed equally oblivious that more than his freedom to speak as a parliamentarian is being curtailed. So is his fundamental freedom of association.

He will get a rude awakening the first time he is spotted by intrepid local media on the outskirts of any pro-life event. Being within a $20 cab ride of a March for Life or an anti-abortion group's annual fundraising dinner will bring the inevitable scorching questions about just what he thinks he's doing defying his leader. After the manufactured "controversy" of that alleged defiance erupts, he'll think very carefully about whose hand he is willing to shake in public.

What is happening here, then, is not just Justin Trudeau striking up the band for the extinguishing of 100,000 unborn lives in Canada annually. It's not merely another whack against the pro-life cause.  It is a hammer blow against the very parliamentary system of government that ensures our democratic freedom to engage the debate.

The problem, alas, is not that the Liberal leader failed to use his head this time in his laudable, on-target opposition to the Quebec Charter.

The problem is that he did.