For the second time in two weeks, a veteran journalist friend has voiced to me deep disquiet about the observable damage being done by current media habits of mind.

It is not mere beaking off in the bar after the Daily Fishwrap has hit the streets, or the nightly news has gone to air. It is nowhere even close to “the older I get the better I was” syndrome. These are serious people with impeccable pedigrees in the news business. And they are very worried.

In mid-September, Convivium.ca published the reflections of Peter Menzies, my formidable former comrade-in-arms at the Calgary Herald and the Hollinger-Canwest-Post Media death spiral of the early 2000s. After leaving as the Herald’s publisher, Menzies went through a ritual cleansing bath as a vice-chair of the CRTC, and now oversees a major museum in Western Canada. (There’s no accounting for career paths.)

He still keeps an elder’s eye on the sins and wickedness of his old trade, however, as most who practice the black arts of any profession are wont to do. His argument, masterfully arranged, was essentially an attempted intervention to break the cycle of opinion-addiction that now seems to afflict every journalist in North America. No hour of the news cycle can pass, Menzies wrote, without even political reporters needing their Twitter fix or Facebook mainline to tell the world what and how to think. It’s hurting journalists. It’s hurting journalism. And it’s really, really bad for common life.

On Monday, the second friend weighed in not to further inveigh against journalistic opinion mongering but to question why – and when – so many journalists began to assume it is critical to their professional life to have opinions in the first place. Fittingly, she asked me not to use her name, and to file off the serial numbers of her identity, because she saw the paradox of having an opinion about whether or not it’s proper to have an opinion.

Her question, though, seems worth pondering if only because it extends beyond just journalism to the whole culture. Full disclosure: I have made a comfortable living for a very long time safe in the arms of the delusion that other people want to know what I think. Yet I increasingly share my friend’s wonderment at where good old fashioned agnosticism has gone. Whatever happened to saying with humility: “I just don’t know”?

For my friend, who holds a senior and sensitive role in a major news outlet, the tipping point was last week’s U.S. Senate judiciary hearing into sexual assault allegations against Supreme Court nominee, Brett Kavanaugh. Her disposition was, on balance, toward accuser Christine Blasey Ford. She believes the #MeToo movement can be shown to have produced positive political and cultural effects. But the overall spectacle, she says, was the kind of vicious political tribalism she thought she’d escaped after a childhood in Africa. And the journalists were the worst tribalists of all. 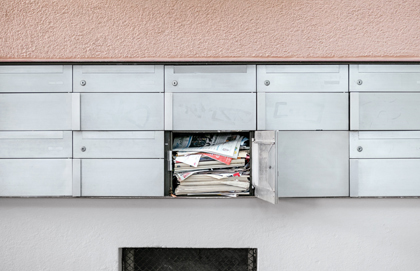 This matters at the most significant level of common life when lack of nuance becomes lack of humanity, when reduction to the binary becomes an irreparable form of blindness.

“Tribalism now rules in race, religion, and politics – three spheres that have become intractably linked,” she says. “It’s impossible to escape the fallout of tribal politics.”

Except journalists were once among those who made such escape entirely possible. Journalists were once drawn to their craft for the joy of asking the tribe questions about its observable traits; good, bad, and indifferent. The habit of asking, in fact, differentiated reporters from politicians, whose mirror-image role was to fiercely proclaim the certitudes others taught them were necessary to believe in public.

“When I was a child, I stopped believing in politicians,” my friend says. “Now, I get paid to watch politicians. And I still don’t feel I know what’s going on. I’ve become that odd beast of burden: a journalist who is compelled by the most recent good argument she hears. I find it almost impossible to come down hard on any single issue, on almost any binary issue. The more divisive a topic, the more I prevaricate, consult experts, listen, question, critique to tease out the most compelling points. I’m cursed with always being able to hear the other side to any argument.”

For three decades her way was likewise the way of those who toiled alongside her. Now she is witness to an irrepressible press of colleagues streaming past her desk opining en bloc.

“Ideologues are as legion in journalism as in politics,” she says. “I sometimes wonder if there’s something wrong with me, or I’m too timid, or missing a gene. It’s the damned lack of nuance, the either/or binary that the surreal stage of politics demands today.”

This matters at the most significant level of common life when lack of nuance becomes lack of humanity, when reduction to the binary becomes an irreparable form of blindness.

“Here’s the nub of the problem: my friends on the right are blinded to the evils of sexual assault by their aversion to abortion. My friends on the left have abandoned their commitment to due process and presumption of innocence in their hatred of Trump and his misogynist agenda.”

So once studied opinion becomes no more than a shibboleth of the tribe: a ritual assemblage of vowels and consonants that pass through lips not so much to express thoughts as to impress others with a willingness to think as they think.

“There is a herd immunity. By plumping wholesale for the left or right, you are inoculated against having to make up your mind. There are evolutionary advantages to being part of a pack.”

But as my friends articulate so well, there are equal disadvantages for politics, culture and common life when the journalistic pack carries the day.

Conrad Black and Crossing Toward Truth

Convivium publisher Peter Stockland knows the media world inside and out – knowledge he uses to dissect the latest bone-shaking controversy involving Ezra Levant and The Rebel, as well as the journalistic response to it.