This Friday, the Supreme Court of Canada will release its ruling in the Trinity Western University case. Until the judgement is made public, of course, no one knows which way the court might swing.

For all who’ve tracked the dispute’s progress through the legal process, however, it stands to be among the most important religious freedom decisions of the past 20 years. Ominous as that sounds, it understates the full importance of the TWU judgement.

What we will know on Friday is whether it remains possible to believe, and live, outside the dominant social orthodoxy that has reconfigured Canada since the year 2000.

In 1995, it was still possible for the Chief Justice of the Supreme Court to write in a decision that “marriage is by nature heterosexual” as an institution.

In 2001, Trinity Western won a case affirming its right to require conduct on campus that upheld its Christian belief in marriage as a heterosexual institution. The Supreme Court ruled TWU could create its own education faculty, and it rejected as unfounded claims that, because of its evangelical Christian character, teachers formed at TWU would necessarily pass anti-gay bigotry to their pupils. Indeed, it found not a shred of evidence that such bigotry was fostered among TWU’s teaching grads.

Then in 2005, the institution of marriage that the Court had upheld as “by nature heterosexual” a scant decade before, was transformed irrevocably by the legalization of gay civil marriage. So, too, was a vast swath of the terrain of might be called our “politically possible” thinking. 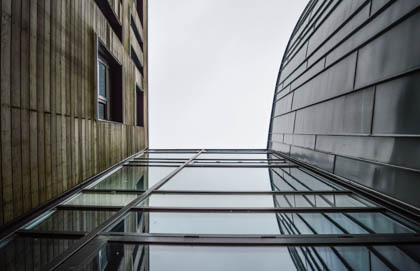 Anyone who has paid the least attention during the past two decades will be aware of the hegemony that the implications of gay marriage exert, positively or negatively, over democratically conceivable thought in Canada.

What we will know on Friday is whether it remains possible to believe, and live, outside the dominant social orthodoxy that has reconfigured Canada since the year 2000.

What the country’s highest Court will settle at the end of this week is whether that political constraint now has the implacability of constitutional force. It will determine what remains of our freedom to have, hold and live by socially unorthodox opinions about marriage and sexuality, yes, but also the boundary between the private and the public, the meaning of genuine pluralism, and the characteristics of authentic diversity.

Of course, the specifics of the Trinity Western case centre on religious freedom. The legal question at the heart of the matter is quite straightforward: Does religious freedom extend to a private Christian university applying its Christian standards to behaviours it will tolerate within its community when such standards are said to conflict with broader concepts of equality and with codified human rights?

Friday’s decision, then, will be truly significant, particularly if the Court answers “no” to the question before it. It would mean overturning its own 2001 TWU decision, which in turn would mean Canadian religious freedom is in a far more precarious state than it was two decades ago.

As my colleague Andrew Bennett says, religious freedom is our foundational freedom because it safeguards the crucial quest for understanding questions about the purpose of life itself. It’s true, we don’t have a hierarchy of rights under our Charter. Unless we are free to examine the deepest question of “why,” however, we are necessarily circumscribed in every other freedom, be it of speech, conscience, association, mobility, or liberty and security of the person.

While acknowledging religious freedom as the ground from which all other freedoms arise, it remains a subset of freedom itself. Freedom is not, in the toxically nonsensical words of an ancient 1960s anthem, just another word for nothing left to lose. Freedom, in both our religious and political traditions, is that without which there is nothing.

Such disagreement is itself our assertion of what true freedom means, namely the capacity to dissent even from an orthodoxy that is socially dominant to the point of hegemony. Beyond even the religious freedom arguments it has made, that liberty of dissent is what Trinity Western is insisting it must be left free to have, to hold, and to live.

What’s at stake in Friday’s ruling is whether such freedom remains constitutionally protected, legally justifiable, and most important of all, politically possible.