In March, The UN Special Rapporteur on Religious Freedom issued a report on gender-based violence in the name of religion, which it said occurs everywhere in the world.

“Gender-based violence and discrimination is being perpetuated both in the public sphere and by and within religious communities and entities,” said the Special Rapporteur, Ahmed Shaheed.

The UN Secretary General, António Guterres, has also recently sought attention for the huge data gap with respect to human rights issues for women. All too often, the particular issues facing women are not even included in surveys. Researchers have long believed that the issues facing men are universal. But this is not the case for women facing persecution on the basis of religion.

But sadly, it is not just those who are in leadership that are targets, it is also the most vulnerable. This includes women and girls. In many parts of the world, women are second-class citizens. Girls have few rights. This type of persecution is hidden and hard to track. But occasionally we see glimpses that point to larger problems.

This reality was forcibly brought to our attention in 2014 when Boko Haram kidnapped over 200 Christian girls from their school in Chibok, Nigeria. Many of these girls were forcibly converted to Islam and sold as brides to soldiers in Nigeria, Chad and Cameroon.

The sad reality is that this was not an isolated incident. Similar abductions on a small scale happened all the time in that region of the world. Most abductions of Christian girls in Nigeria involve between one and five girls. The Chibok girls and the 2018 abduction of 110 girls in Dapchi are the ones that get global attention.

Why is it that we know about the pastors but not abducted girls?

Women are often subject to a multiplicity of pressures on the basis of their faith. It is hard to capture data from complex violations of human rights.

One reason that we know more about persecution of pastors is that leaders are highly valued by their church communities. When a pastor is jailed or abducted, the church suffers. We often get news about pastors through their denominations, which are global. There are good communication networks in place for churches and denominations. 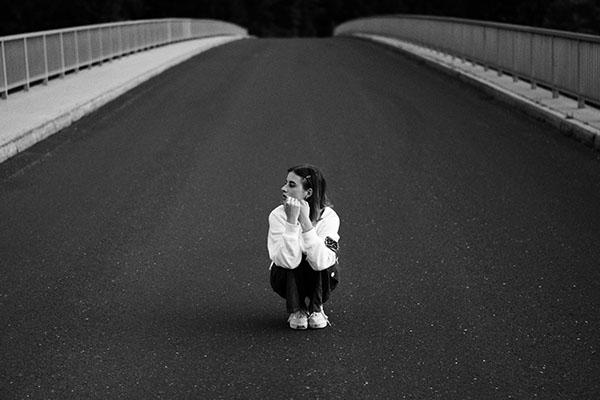 When a Christian girl is abducted, it is the parents who grieve. They bear the brunt of the persecution. They may also experience shame. There may be suspicion that the girl has done something wrong, something that makes her “deserve” this kind of abduction. That is why we hear about large abductions but very little about individual abductions.

A second reason is the assumption that women’s rights are in conflict with religious freedom. In many countries women and girls are subject to restrictive laws that compound discrimination. In Middle Eastern and North African countries, under Islamic law, a woman’s testimony is only half that of a man’s. This denies women equal legal protection.

There are horrific examples of Christian Filipina maids and nannies working in Middle Eastern countries who are raped by their employers. Tuti Tursilawati was executed in Saudi Arabia after killing her employer while trying to defend herself from rape. She was convicted of murder. So, women do not have justice.

Family law is often discriminatory against women. A man can divorce a woman in a very easy process but a woman cannot divorce her husband. A woman who wants out of a marriage because she has converted her religion and is subjected to violence may have to give up rights to property or children if she wants a divorce.

In parts of the world, it is common for girls to be married at a very young age and the girl’s consent is not required. That is how Christian girls can be abducted and sold as brides or forced into marriages.

When there is no justice for women, they are effectively silenced.

In many male dominated cultures, the second-class status of women is presumed. Men in those cultures would question why anyone is interested in what women think or experience.

How do you collect information about women in countries where women cannot leave their homes without being accompanied by a man? Women do not have their own voices. Any information shared by a woman in those circumstances would be screened by the man of the house.

Women are frequently denied education. They are therefore not able to respond to a written questionnaire. These women do not have access to technology, nor would they know how to use it. Again, this denies them the ability to participate, to have a voice.

There has historically been a research default to thinking of the world in male terms. What men experience is generalized to being the common experience. The assumption is clearly false. Open Doors, an organization devoted to assisting the persecuted church worldwide, has recently started doing separate World Watch reports on gender and religious freedom. Their data clearly shows that women experience persecution differently than men.

Coming back to our example of the jailed pastor, this is a common type of persecution for men. Men are subject to violence, loss of job or being jailed. Women are subject to a much different set of pressures for their faith. Women are wives and mothers. They are deeply affected if their husbands are jailed or killed. Economic prospects for widows and single mothers are very poor.

Women are also subjected to sexual violence such as rape or forced marriage. Women are confined to their homes in a form of “house arrest” by their families if they do not approve of the religion of a daughter or wife.

Women are often subject to a multiplicity of pressures on the basis of their faith. It is hard to capture data from complex violations of human rights. A woman may be denied education, the choice of a spouse, and be forced into marriage because she is a woman and because of her faith. It is even more likely if she is a member of a minority community in her country.

Over the last few years, organizations have at least identified the problem of gender and persecution. USCIRF, the UN Special Rapporteur on Religious Freedom and Open Doors have all issued reports. Open Doors is collecting data and has a website on Gender and Religious Freedom.

It is also helpful that the UN General Secretary recognizes the problem. Let’s hope that leads to some results. Persecuted women of faith deserve better.