There is a decided sadness on the eve of Canada’s 150th birthday in witnessing what monsters half-a-world away have managed to do to our nation’s capital.

The entirety of what is known as the Parliamentary Precinct has been turned into a generic security zone, meaning it looks like a composite of a WWE cage match and refugee crisis centre. High black wire fences obstruct passage on streets leading to our Parliament Hill. Snake lines of those waiting to be inspected by security officers are visually unavoidable.

None of this is unexpected, of course, and not in the least objectionable. On the contrary, it would violate 2017 global security norms to do anything less robust. It would also go against our natural Canadian prudence, which trumps even our dream that the rest of the world likes us too much to cause us harm.

Most of it in fact does. But those monsters, we need not even name them, we know who they are, would love nothing better than to spill Canadian blood during tomorrow’s celebration of our country’s birth and enduring existence. So, we do what has to be done, perhaps a little more natively politely than might occur elsewhere.

Practical acceptance does not preclude longing for at least an imagined simpler time. Fifty years ago, Canadians held our coming-of-age birthday party to let ourselves know that we had truly arrived among nations. Sure, yes, we welcomed the world in 1967. But the Centennial year was about and for us. Having fought our way proudly through the last third of the 19th century, and the first two-thirds of the 20th century, we were at a point of maturation where dreaming was not fantasy. It was culmination and preparation: our past forming a Venn Diagram with what we wanted to bring into being.

The monsters, with their long distance, almost spectral intrusion, have disrupted our once lovely state of directed reverie. We cannot imagine any more, certainly no more so than any people can, that we will be left alone. Even giving our dreams their due must be accompanied by a vigilant scanning of the horizon, and a sharp shooter’s eye on the man at the back of the crowd who just might have something terrifying underneath his coat on hot July 1. 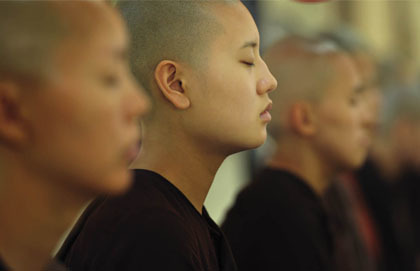 Young Nun in Prayer
A Hand Out For God
Publisher's Letter

To the extent that affects us, and we need not give in to bravado by insisting it doesn’t, our dreams have, in the immortal words of the ever-sagacious Joni Mitchell, lost some grandeur coming true. Specifically, where we once prided ourselves on joining the world, we now find the arrival has come at an involuntary cost we never imagined could be imposed on us.

If we look at Canada on this eve of its 150th birthday, we see such possibilities coming into being all around us.

What the monsters that create the need for security snake lines in the streets of the nation’s capital cannot extract from us, however, a denial of our dreams. Maybe most importantly of all, they cannot force us to a reckoning that perhaps our dreams were not proper dreams after all. No. On this our 150th year, we can assert with all our honest pride that the Canadian dreams of the past 50 years have been good dreams. We have dreamed good dreams, and we have worked almost like people possessed to make them reality.

After all, 50 years ago, a man came among us who drew our attention to the need for a more just, indeed a wholly just, Canadian society. Having made him our prime minister, we quickly caviled, yes, and kvetched, sure, and even seriously quarreled with the particularities of his vision, his dream of a just society. But we knew – we did know this – that he was on to something. We knew he had called us to something we needed to do.

In retrospect, we have not simply fulfilled his dream. We have exceeded it. With fits and starts and flaws and failures and still much work to be done, we have gone beyond the justness of giving each their due. We have set ourselves the much higher challenge of creating a society of respect. Not cursory acknowledgment. Not bare minimum tolerance. Not even the en passant embrace of acceptance.

Rather, respect: a commitment that the grounds of difference are, to use a word that itself can make Canadians blush, holy grounds. They are the grounds by which we go beyond agreeing to disagree and become excited about the possibilities of respectful difference. We get engaged by the chance to be interested, to inquire, to question in good faith, to listen, learn, to dream anew.

If we look at Canada on this eve of its 150th birthday, we see such possibilities coming into being all around us. They are not as graphic, as immediate, as obstructive as the security snake lines and the WWE cage match fences in the streets of our capital. But they are there.

They are what our ancestors set in motion to bring into being. They are what the generation of 50 years ago recognized as essential. They are us. They are the source, now, of our self-respect.

No fleeting sadness caused by long distance monsters, can change that as the best reason of all to say Happy Birthday, Canada.

It has been said that we are never more ourselves than when we are deep in prayer. Tusita Studio provides the viewer of a glimpse of this deeply human moment of divine intercession.

A Hand Out For God