Convivium: There’s fascinating data from Statistics Canada about shifts in marriage among middle-aged Canadians. What’s happening, and what drew your attention as a researcher?

Peter Jon Mitchell: There's been a dramatic increase in the portion of middle-aged Canadians who are living together. A few years ago, after the 2011 census, documentation coming from Stats Can noted that the fastest growing segment of the population choosing cohabitation were people in ‘50s. So I began to wonder what's happening in middle age before that. After the 2016 census, I examined the data and it showed that there's been this dramatic increase if you look over the last 20 years, from about seven per cent of middle aged Canadians aged 40 to 54, it’s now up to 14 per cent. There’s been a doubling since 1996.

Peter Jon Mitchell: My assumption was that perhaps these were middle-aged people who had divorced and then were getting into other relationships but choosing not to marry. When we actually looked at the martial history, the growth is largely due to Canadians that have never married.

Convivium: So, they're either in cohabiting relationships where they’ve moved through a series of them over the course of their lives, or they’ve been in one cohabitation for several decades?

PJM: Yeah, either one of those. The census data is a snapshot so it doesn't tell us exactly whether the current relationship they're in has been long term or if it's been a series. But essentially what there’s been is a loss of the marriage script.

We always used to think about cohabitation being something among the young, maybe they were using it as a test drive for marriage later on, or maybe they were forgoing marriage altogether. But it certainly appears that a certain segment of the population is forgoing marriage and choosing these arrangements, whether it's a series of relationships or whether it's one long-term relationship.

Convivium: So, cohabitation gaining general acceptance and approval has now worked its way through the age groups and become an entrenched, and expanding, part of society?

PJM: That's the story. It is growing as people age. They're bringing these attitudes that were probably established very early on and have carried them on into later years, into middle age. At the same time, of course, we're seeing marriage declining among this age group as well.

Convivium: It doesn't bode well when marriage is seen as a necessary or important thing to do, does it?

PJM: I think it raises two big questions. One, it's something that's part of the larger narrative of the decline of marriage and attitudes around marriage. Certainly, it's another indicator among all the other indicators that marriage is not seen as important, that there's sort of a malaise around marriage and its importance in society. And that plays into the bigger changes that are happening in the Canadian family where even the people who marry are marrying later. We're having fewer children. We're having our children later. It gives us the bigger picture of how the Canadian family is changing, and that it has societal effects as well. And there may also be questions of how this influences people that are in those relationships, particularly as they start looking into their later years. So, for example, how does this impact financial planning for the future or aspects of care? 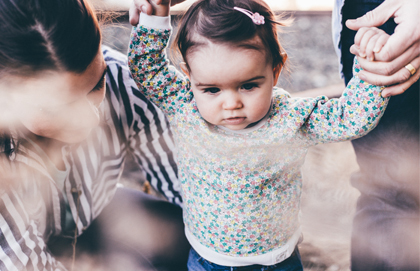 One of the questions we can ask is this: Do families that cohabitate and families that marry treat their money and their resources the same way? We know from research that there is a difference. Married couples tend to pool their money more often. They tend to make larger investments with that kind of leverage, that cooperation, whereas cohabitating couples are less likely to. So how might that affect financial planning into the retirement years?

There was also a study in 2011 that suggested that cohabitating couples provide less care in the later years. That would be interesting to explore as well. What might this mean for those couples and also their extended family? Who steps in to care for who in the later years.

Convivium: We had research earlier in the year about poverty rates and cohabitation, and the risk of poverty or at least being not as well off financially. The main concern then was on the effect on children. But with these latest statistics, the children have moved onto to lives of their own so would the risk here be borne primarily by the women in the relationships...

PJM: I think that's certainly a possibility. Women, especially if they've left the workforce to raise children and then come back again, might be at a disadvantage if those (financial) arrangements aren’t there, or if the relationships are less stable, as we know common-law relationships are less stable than marriage, cutting into the golden years. What effect might that have and how might it particularly affect women?

Convivium: What needs to be done then to help people understand that the choice between cohabitation and marriage can have a real effect on their lives in the years when they need to be preparing for old age? In other words, if you're still doing this when you're in your 50s, tick, tick, tick, right?

So, it's really reversing that attitude and helping people understand why marriage actually matters as an institution. Marriage brings together emotional intimacy, economic cooperation, all these different elements of life together in a permanent union and that's the purpose of it. And there's a great advantage to that.

I think our other social institutions have a role to play in that, whether it's churches or places of worship that already place a value on marriage. I think it needs to be modeled as well.

Convivium: But I guess the modeling would work in exactly the opposite way too, couldn’t it? If you're a child of parents who have cohabited for all of your life, wouldn’t you look at it and say, “Actually marriage doesn't matter. My mom and dad did okay. Why should I go through that ritual?" Is that a next stage of research to look the actual effect on children? Even adult children of having cohabiting parents?

PJM: Yeah, I think that would be a fascinating next piece in the research to see what the long-term effects are for offspring. And we know, too, that cohabitating couples are very diverse in whether their relationships last or don't last. Or the reasons why they get into that form of relationship. Whether they drift in or whether it's more intentional and it's avoiding marriage.

It would be interesting to know why in middle age, folks have chosen this as a way of organizing their lives and if they have thought long-term about it.

Convivium: Who will this study be primarily directed towards? Do you have an idea for who the target audience of it should be?

Convivium: Are there other things that jump out of the research for you?

PJM: Well I think the thing that surprised me was the never married portion that grew so quickly. It comes back to long-held understandings of marriage and maybe a weaker understanding of its significance both in personal life and in larger society. So, hopefully that would be another prompting to think about the long-term effects of this on the society, not just on the people choosing to marry or choosing to cohabit. What happens when a society loses the institution of marriage? Does it actually matter? We think it does, and this is another way of highlighting that we need to be talking about it, having conversations about it.