It’s difficult, these days, to separate anger from disagreement, but William D. Gairdner is convinced that it’s not only possible, but critical, as you'll see from the excerpt being published in Convivium. I chatted with him about his newest book at our recent Evening with George Weigel.

Mr. Gairdner, your book is entitled The Great Divide: Why Liberals and Conservatives Will Never, Ever Agree. That “never ever” is very forceful!

It’s provocative. I don’t think it’s all that negative in the sense that liberal democracy has always managed to find compromises, but a lot of the shouting and the silence between citizens that I have heard in the last 20 years has bothered me a lot. It used to be that I’d attend some gathering like a cocktail party, and I’d walk up to some fellow and say something that I thought was a fact of life. And the fellow would typically look at me and say, “Well, that’s true for you but it’s not true for me.”

This was my moment! So I would say, “It can’t be true and false at the same time; one of us must be wrong.” Meaning, “Why don’t we talk about it and find out which of us it is?”

Inevitably the fellow would go drink with someone else, and I knew the game was over—that this society has been closing down. Instead of feeling an obligation to go to high-minded argument, the idea has been that we go to emotional outrage.

I think a lot of younger people fear high-minded debate precisely because it so often leads to this sort of uncontrollable emotion. 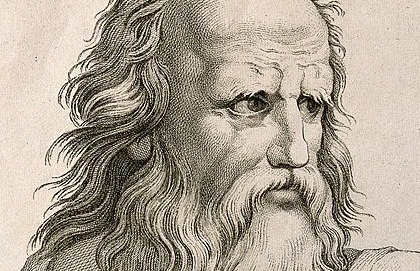 Yes, well, when I give public speeches, more often than I’d like to think, someone will stand up and say, “Mr. Gairdner, I’m outraged by what you’ve been saying!”

And I look them right in the eye and say, “Well, you couldn’t be more outraged than I am. Now what’s your point?”

It’s like watching air coming out of a balloon. They just fizzle down and they realize: OK, I have to say something the man can grapple with—an opinion, a fact, or a statement.

So I wrote this book to try to lay all the liberal versus conservative arguments out on the table. It’s like a man standing on a road, and suddenly there’s a huge crack that opens up, buildings are falling down, and he says, “It’s an earthquake!” But of course, it’s not an earthquake, it’s the consequences of an earthquake. The earthquake is happening because there are geological forces beneath the ground that are causing all the rubble at the surface. But it’s the same with political rubble—it’s being caused by ideological forces below the ground that we don’t see. So this book is an attempt to bring those forces to the surface so we can see them, recognize them, and then debate them instead of just shouting.

I think a lot of Millenials like myself might dispute your subtitle—a lot of us are optimistic that there is some kind of middle road. Is it possible?

I differ with you on that, because, for example, take a topic like human nature. Human nature is either malleable and perfectible, as the liberal tends to think, or it’s not, as the conservative tends to think. It can’t be both. It’s either one or the other. That’s what we should be debating on that kind of topic. It’s the same with topics like democracy, freedom—all the other topics in my book, fourteen in all—they come down to irresolvable differences in the belief systems or philosophical approaches to life.

So what value is there in continuing to talk about it?

It’s more high-minded, elevated debate, instead of angry emotion and silence. We live in a frightened society as we become infantilized, because we’re afraid to talk about things like our opinions of human nature, versus shouting about some policy you don’t like. It’s a very different argument.

To the table, you have to bring some modicum of education, reading, interest, argument, and so on, rather than just shouting. That’s why I wrote the book—not because I believe we can ever cross the divide, totally—but least if we agree to disagree, let it be about something substantive, and not just because we’re angry. It’s a different kind of society than the other tack, where we all just walk away fuming.

An excerpt of William D. Gairdner’s new book is featured in the current issue of Convivium magazine.

And the fellow would typically look at me and say, “Well, that’s true for you but it’s not true for me It’s the same with topics like democracy, freedom—all the other topics in my book, fourteen in all—they come down to irresolvable differences in the belief systems or philosophical approaches to li...

Look Past the Cute Cat

Reviewer John Brooks says readers should not be fooled by the fetching feline on the cover of Jason West's How to Become a Rational Animal. It is, Brooks says, a serious book about a reasoned life of faith