I’ve taken to adding cinnamon to my coffee almost every morning (to the grounds, before you make the coffee, not after, very delicious). It means I’m using up cinnamon at a rapid pace. This is how I found myself in the Costco spice aisle, looking for the largest container of cinnamon they might have.

This is also where a young man spun around, met my gaze as I tried to look behind him, saying, “Can I ask you a question?”

He looked to be about 20, and was shopping with two friends, a girl and a guy, similarly aged. He followed up rapidly with “I’m trying to make a million dollars!” (Aren’t we all, my friend…). Looking for spices was going to have to wait.

The three of them had obviously been in conversation. The girl looked bemused, the other guy looked 90 per cent of the way to red-cheeked embarrassment. And now a stranger was being invited to join. I could tell chatting with this zany fellow was going to make for fun conversation. So I bit. Yes, I could answer a question.

“Do you drink milk?” he asked. From there, he launched into a long tale. He had been to a vegan restaurant with a now ex-girlfriend. Veganism, he let me know, is insanity. He used an “f bomb” or two in his colourful description. He realized what he had done and stopped to apologize.

“If you are vegan, I’m really sorry if I offended you.”

I’m not, I tell him, and added that even if I were, I wouldn’t be offended because we need to be able to civilly disagree. Heads nodded from all three in vigorous agreement, as if to halfway indicate they listen to Jordan Peterson in their down time, and are tired of the constant need to apologize. 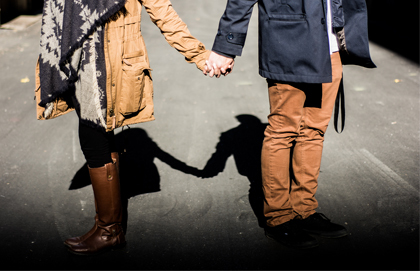 At the Heart of Health, Continued
The Empty Daycare Dilemma
The thing is, I told them all, there’s a different question you need to ask your local vegan restaurant.

Where was the young man in his story? If you are wondering about the tangents in this short article, be assured it reflects all the rabbit trails our protagonist took in the asking of his question.

Clearly, “do I drink milk” was not THE question. He returned to veganism. As he sat eating terrible pizza in a vegan restaurant with his ex-girlfriend, he said, he wondered about how he could possibly make the food better. Fake cheese, like fake news, was not cutting it with him.

He asked the servers if they were vegan. Yes, they replied, “certified vegan.” He went on to ask the servers whether they had children. Yes. Did they breastfeed? Yes. Was that vegan? Yes.

By now, you are doubtless no longer wondering why the girlfriend was an ex-girlfriend. And by now, you are beginning to guess where he was headed. Would I eat cheese made from breast milk, he asked.

Absolutely not, I replied. Breast milk is for mammas to give to their babies, not so my vegan pizzas can be tastier. No, young man, I said while asking his embarrassed companion to help me in my cinnamon search, this idea was not going to earn him a million dollars.

The thing is, I told them all, there’s a different question you need to ask your local vegan restaurant. Are they pro-life? If you won’t touch animal milk or eggs—certainly you wouldn’t kill a human baby in the womb, right?

This caught their attention; the wheels were turning. You could almost see it. The million dollar idea young man replied slowly. Vegans are generally pro-choice, he said correctly, because they are left-wing or progressive.

“Kind of takes the wind out of their sails if they can’t defend human life along with all other life, doesn’t it?” I asked as I headed to the checkout.

Breast milk cheese is a terrible idea. And Costco, by the way, did not have bulk size cinnamon. I might have made a trip to the store for nothing—except that million dollar discussion made it all worthwhile.

At the Heart of Health, Continued

In the second installment of a two part article, Cardus Family's Andrea Mrozek sits down with Dr. Sue Johnson, creator of a highly effective strategy for relationship repair called Emotionally Focussed Couples Therapy and author of several books, among them Hold Me Tight (2008) and Love Sense (2013).  Together, they discuss attachment, health, and relationship.

Data obtained by Cardus Family shows a shocking number of subsidized daycare spots sit empty even as the federal government, Ontario and Toronto promise billions of tax dollars to create even more.