Paul of Tarsus. Augustine of Thagaste. Aquinas of Roccasecca. Nondescript towns giving rise to outsize children seem to be the ironic norm for divine election. There is evidence aplenty that God prefers the underdog. How an "Ottawa Valley Lutheran boy," who was baptized over the family kitchen sink, would become one of the most influential religious figures in American public life is a story told with thoroughgoing gusto in Randy Boyagoda's recently released biography Richard John Neuhaus: A Life in the Public Square.

The fruit of persistent labour over the past five years, the book germinated in an article that Boyagoda, a professor of American Studies at Toronto's Ryerson University, wrote for The Walrus. Titled "Spiritual Citizenship," it offered a précis of the tangled tale that was Neuhaus' life and worldview. The early setting of sparse, difficult winters with the long-suffering patriarch and Lutheran minister Clemens Neuhaus, his unflappable wife, Ella, and their eight children preserving a fierce faith that belied the forlorn rusticity of their surroundings evokes the settings found in the novels of David Adams Richards. One of the key narrative choices that mostly works in Boyagoda's telling is how he revisits episodes in later sections, each obtaining the flavour of an alternative, fuller vantage point. When this is applied to friendships that Neuhaus cultivated over the years, and Neuhaus' own reminiscences over early days, it draws out the humanity of a man who possessed a relentless spirit.

It seemed ineluctable that the young Neuhaus would head to the United States, for as Boyagoda wryly observes, "Canada was for childhood and America was for adulthood." Relentlessness was a marked character trait even in Neuhaus' boarding-school days, in which the boisterous boy was asked not to return to his Nebraskan institution. The same happened again in a difficult year in West Texas, and it was only with his transfer to Concordia seminary that the misspent energies of youth were redirected and refined. Boyagoda traces early intellectual encounters such as Neuhaus' admiration of philosopher George Santayana's style, which he equated with influence and power and which would be an intimation of the verve of his own later prose as a New York intellectual. Of particular note during this period was the relationship he would have with the affable Father Arthur Karl Piepkorn, whose theology Neuhaus would summarize as "the Reformation was not against the Church catholic but to make the Church more catholic," adumbrating perhaps the shape of things to come in his future crossing of the Tiber.

The move to Williamsburg, Brooklyn — hardly hip in the 1960s — to pastor a black-majority Lutheran church would mark a fecund chapter in his life that would entrench his sincere and cosmopolitan ecumenism. In fact, Neuhaus' relationship with close collaborator, friend and Catholic intellectual Michael Novak lapsed during the phase in which Novak would emphasize ethnic origin as a chief source of identity, to the chagrin of Neuhaus, who vehemently countered by advocating the strength of multitudes (in Whitman's sense). Neuhaus also spent time in inner-city Detroit and Chicago, allowing for a gaze at "the hard economic and social realities of urban black life in America." This would give him the wherewithal to respond positively and thoughtfully, decades later, to Barack Obama's Philadelphia speech on race, even while his disagreements with Obama were numerous.

In addition to straddling the racial aisle, it was Neuhaus' friendship with Jewish activists and religious figures such as Rabbi Sol Bernards and, most notably, Rabbi Abraham Joshua Heschel — that paragon of a scholar-minister-activist that would propel Neuhaus into activism in the early 1960s. At a time when Cardinal Augustin Bea was wrestling through various drafts in articulating a renewed relationship vis-à-vis the Jewish people and the Church at the Second Vatican Council, Neuhaus' ready acceptance to attend Passover at Rabbi Bernards', and eventually many other Jewish friends and mentors he would come to know, offers a stirring example of an interfaith life that peeled past simple civility to genuine respect. 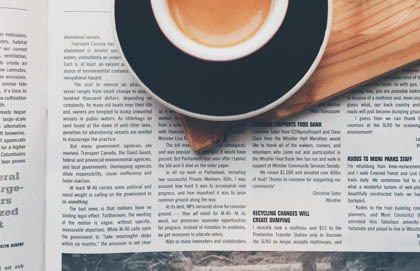 The early 1960s was a period in which the tensions of dealing with obedience and protest against authority were problematic in traditional churches, and leaders such as Niebuhr refused to take a forceful line for the sake of acceding to Caesar's province and remained focused on succouring one's flock. This would cause a tension between father and son in the Neuhaus household. Neuhaus, who took up an arduous night job as a hospital chaplain in his first year in Brooklyn, as "there were no funds to provide even a modest pastor's salary," could hardly be faulted for neglecting his pastoral duties. When the wider value of his extra-ecclesial work became prominent, Neuhaus was "formally released from his conventional pastoral responsibilities to devote himself, with the proud blessing of his congregation, more fully to the national activism and also the public writing he had undertaken." For as Neuhaus' close friend George Weigel would state, "The Gospel has public implications, because defending the inalienable dignity and infinite value built into human beings by their Creator is a public matter."

First Things, the journal of religion and public life, remains the most tangible aspect of Neuhaus' legacy. There is an inner vitality to magazines simply by virtue of their continuity, which counterpoises the (apparent) permanence of books. I wish Boyagoda had spent more time unearthing the inner workings of the publication, following the work of Benjamin Balint's Running Commentary and Arthur Gelb's City Room — excellent books on Commentary magazine and The New York Times, respectively. Perhaps the magazine deserves a biography of its own, seeing as it is celebrating its 25th anniversary in March 2015. Boyagoda charts Neuhaus' development from "grab-bag tendencies and cerebral loquaciousness" in works such as Time Toward Home to "at last fully in command of his subject and his terms of argument" in his landmark 1984 title, The Naked Public Square: Religion and Democracy in America, which catapulted Neuhaus to national prominence.

Why the man who would be regarded as "one of the most militant peace organizers in the United States" would not become the religious voice and leader of the New Left is vigorously analyzed by Boyagoda. Neuhaus' openness to revolution as a legitimate means to achieve desirable ends would lead to certain inconsistencies in the positions he would take. For instance, in the fall of 1996, in writing against what he regarded as the "unchecked, overreaching power" of the judiciary, Neuhaus published the ominously titled "The End of Democracy? The Judicial Usurpation of Politics." The anarchic allusions were the end of the tether for long-time confidante and sociologist Peter Berger and noted scholar Gertrude Himmelfarb, both of whom resigned from the editorial board of First Things. Boyagoda later takes Neuhaus to task for justifying judicial intervention in the American presidential election of 2000, involving the Florida recount, since it resulted in Neuhaus' preferred outcome.

Boyagoda's treatment of Gary Wills, who appears in the biography as the foil-author of a critical essay on Neuhaus in the New York Review of Books, comes off as dismissive. Wills is an excellent modern interpreter of Saint Augustine and his Rosary is a deeply reflective treatment on prayer, characteristics and contributions that would have rounded out the man more as a person with just as deep a commitment to the faith as Neuhaus.

Boyagoda textures his story with the many acts of decency that Neuhaus exhibited: rushing to Rabbi Heschel's house upon learning of his death; being mistaken for "the famous Dr. King" while lunching at a New York City deli, thus serendipitously offering Martin Luther King Jr. both an oasis of privacy and amusement to boot; writing "a moving note" to a dying William J. Eddy — even though they were strangers but for their faith; or announcing his conversion to Roman Catholicism in a disarmingly thoughtful manner.

The late Jaroslav Pelikan, the erudite scholar who has penned some of the most warmly accessible texts on orthodox Christian belief, quoted Saint Augustine in a charming interview for the program On Being. He said:

"Saint Augustine, who wrote probably the most important book about the Holy Trinity ever written, an enormous work in abstract Latin… [a]nd at the end of this enormous work, on which he spent so many years, he said, 'We have said this not in order to say something, but in order not to remain altogether silent,' and that's right."

This assessment is right, too, with Neuhaus, who often chose to speak and write words that did not come back void. Even as we read the last section of his final column, published posthumously in First Things, we get the sense that Neuhaus' acts of "pondering together the follies and splendours of the Church and the world" were worthwhile, necessary, and have left a mark that endures.

Dana Gioia, in his collection Pity the Beautiful, has a marvellous two-part poem titled "Autumn Inaugural," the selfsame one he gave at the commencement of the Stanford Class of 2007. The second part is worth pondering in full:

"Praise to the rituals that celebrate change,
old robes worn for new beginnings,
solemn protocol where the mutable soul,
surrounded by ancient experience, grows
young in the imagination's white dress.

Because it is not the rituals we honour
but our trust in what they signify, these rites
that honour us as witnesses — whether to watch
lovers swear loyalty in a careless world
or a newborn washed with water and oil.

So praise to innocence — impulsive and evergreen —
and let the old be touched by youth's
wayward astonishment at learning something new,
and dream of a future so fitting and so just
that our desire will bring it into being."

The brimming hope so beautifully captured here in this paean to permanence, affirming both the wisdom of age and the innocent possibilities of youth, is redolent of Neuhaus' own life and vision, fallible as they were. In his efforts for First Things alone, in Boyagoda's estimation, Neuhaus wrote "ten thousand words every month, for nearly two hundred issues." One of his later self-reflections in his inimitable "While We're At It" column includes this line: "After the millions of words I have written, and the millions I may yet write, I will have hardly begun to tell my story of [Christ's] love."

Boyagoda was asked by the Catholic weekly America, "How do you assess [Father Richard John Neuhaus'] legacy today?" His quip in response was, "See pages 1 to 459 of the biography." I heartily recommend readers do the same.

Randy Boyagoda on how Father Richard John Neuhaus moved the world with magazines.

Of First and Lasting Things

In the last of her series exploring her efforts to live out a different Benedictine rule every month, Convivium contributor Breanne Valerie finds the great saint’s directive for attaining true humility centre simply, but never easily, on how we see ourselves in relation to God.