It might be going a tad too far to say overstatement is killing us democratically.

Yet in small ways and large, we seem to have entered an era when things that could simply be said must be shrieked, and when ideas deserving of robust debate must be inflated beyond recognition to immutable ideological dictate. Social media is the obvious scapegoat for our leather-lunged mouth breathing, but my sense something more than just the medium is turning the volume of virtually every message up to 11.

It was a point for fair objection and even correction. The connection to conservatism was, to put a smiley face on it, sloppy thinking sandbagged by lazy articulation. Cooper, alas, went over the top with an embarrassing barracking of the witness that culminated in him insisting that a Canadian citizen testifying on invitation from a Parliamentary committee should be “ashamed” of his words.

Ashamed? Really? Not: “Sir, I believe your great enthusiasm before us has led you into error.” Not: “My good chap, might I recommend Russell Kirk’s fine old book The Conservative Mind From Burke to Eliot to better acquaint you with the meaning of conservatism?” Or: “Mr. Chairman, does the committee have a dictionary to refresh the witness’ memory on the definition of this ordinary word?” No. None of the above. Ashamed! Really? 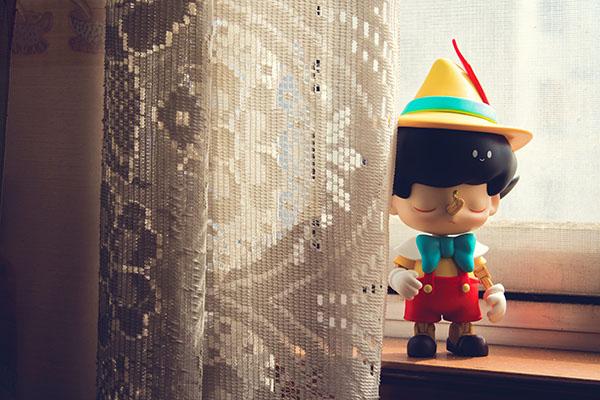 The saga gets more shambolical. Despite being disciplined by Conservative leader Andrew Scheer for his unparliamentary effrontery, Cooper has become the mascot for all that ails Canadian Tories. Maclean’s magazine cited him as evidence of the party’s “bankruptcy,” a word that seems to have been used only because the ancient Calvinist concept of “total depravity” was too long for a headline. So: one act of malfeasant hooting is amplified by media caterwauling into distortion beyond measure of the bare fact that Michael Cooper is but a 35-year-old excitable boy in his first term as an MP from small-town Alberta. The party of Macdonald, Diefenbaker, Mulroney and Harper is hardly his to redefine.

We are not Rwanda. This is not the Holodomor. It is not the Holocaust. It is not even British imperial policy in Ireland in 1847. Why, then, say we stand among those accused and found culpable in all of the above?

None of which excuses his conduct. None of which exempts him from criticism. Or discipline. But…bankruptcy? Couldn’t we dial the rhetoric back from 11 to, say, seven and obtain a better effect?

Sadly, it seems we can’t – even when it comes to genuinely serious democratic matters. Our country suddenly finds itself in a kind of Mad Hatter’s debate over whether we are authentically guilty of “genocide” toward Indigenous people generally; missing and murdered Indigenous women specifically. International agencies are inquiring about us in that regard. Prime Minister Trudeau is being assailed for seeming to assent to the accusation against his fellow Canadians.

The debate, if it can be called that, seems to have become high-centred on whether the accusation made by the Missing and Murdered Indigenous Women’s Inquiry is true. No one seems to be asking why such horrendous verbal overkill – pardon the pun – would be used in the first place.

In fairness, those who produced the inquiry report might have had an honest belief it is a fitting word for centuries of appalling mistreatment of Indigenous inhabitants of this land mass. But any reasonable historical consultation would have determined genocide is simply not the mot juste for Canada’s past and present State policy toward Indigenous peoples.

We are not Rwanda. This is not the Holodomor. It is not the Holocaust. It is not even British imperial policy in Ireland in 1847. Why, then, say we stand among those accused and found culpable in all of the above?

Because we all have become habituated to howling for political effect. We shout incessantly because we cannot be sure we will otherwise be heard, at least not with the irresistible potency we desire. We have lost the art of rhetorical restraint because we have forgotten that the hard work of democracy demands much more than merely delivering the latest head-splitting marketing message at full blast.

So, are we in democracy’s death throes? Ah, that would be at least a slight exaggeration. There’s still time to lower our voices, choose our words, and stop talking long enough to listen to our neighbours. The clock is ticking, though – hard as it might be to hear beneath the political noise at 11 enveloping us.

The routine offense-apology-criticism as a response to issues of political correctness does not answer the deeper problems that could be addressed simply by slowing down and asking key questions, Peter Stockland writes.