For the past two months, I’ve been researching and writing a series for Convivium on what many would see at first glance as a strictly local problem.

I’ve met with, talked to, and tried to understand the complex, interwoven responses of my neighbors in Montreal’s Outremont borough to expansion of the Hasidic Jewish community. The community’s growth, most people acknowledge, prompted a particular political moment: the approval of a referendum and subsequent passage of a bylaw restricting development of new places of worship. Though the action was presented as pan-religious, few dispute that it was directed at the Hasidim.

We should never mistake, though, the pins that politics pushes into a given map with the actual map itself. In my explorations, I’ve discovered a great deal about the way in which strangers becoming friends, families seeking peaceful resolution, business owners protecting their interests, and people of faith living out their understanding of God’s will contributed richly varied responses to the bylaw, and enlivened borough life as a result.

I also grew personally aware of how little I knew about the tensions under the surface in Outremont with regard to faith and civic life. I knew very little about the history of that conflict, and came to understand that I understood less.

Conversation by conversation, I’ve learned a little more. While the tensions stretch in several directions, some of the bigger stretches involve the compatibility (or not) between commercial and religious interests, and the cultural distance between the more secular francophone and the more religious Hasidic residents of this beautiful borough of Montreal.

Just as I started to ask these questions, Convivium Magazine’s Hannah Marazzi mentioned Zev Moses and the Museum of Jewish Montreal (MJM) to me. Correspondence with Zev pointed me to the MJM’s treasure trove of photographs, which gave me glimpses of Outremont in the 20th century.

Here I moved from seeing what is going on from the perspective of my neighbours dealing with an immediate problem of this moment, and began to develop a deeper image of Jewish life dating back to the turn of the previous century. In other words, I began to understand it as a part, close at hand, of human history writ large.  That understanding is best expressed in photographs. Here are some of my favourites.

"In my explorations, I’ve discovered a great deal about the way in which strangers becoming friends, families seeking peaceful resolution, business owners protecting their interests, and people of faith living out their understanding of God’s will contributed richly varied responses to the bylaw, and enlivened borough life as a result."

Reuben Brainin, an influential editor of and writer for Hebrew and Yiddish newspapers, was born in 1862 in the hometown of Rabbi Schneur Zalman, the founder of Chabad Lubavitch, in what today is known as Belarus. He lived on Davaar Avenue in Outremont between 1912 and 1916, and his children continued to live in Montreal afterwards. This photograph shows Brainin with his sons, who enlisted in the Jewish Legion during the First World War. 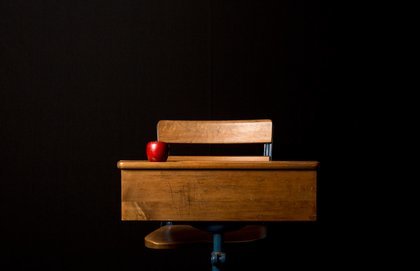 Social activist Léa Roback was born in Montreal in 1903 and died in the city in 2000 (the same year that she was made a Chevalier of the Order of Quebec). She lived on Querbes Street in Outremont from 1937 to 1951. Born into an observant Jewish family she identified as a Marxist for most of her life. Roback ran the Modern Bookshop and was a suffragette and labour union organizer. Roback’s live was celebrated in the 1991 film A Vision in the Darkness/Des lumières dans la grande noirceur. The Léa Robeck Foundation gives educational scholarships to Québec women who are socially committed but economically disadvantaged.

Hannaniah Meir Caiserman (shown here with David Rome, arriving back in Canada from meeting with Jewish refugees in Poland after World War II) played a leading role in the Canadian Jewish Congress from 1919 to 1950 (when he died). He lived on St. Joseph Boulevard in Outremont from 1939 to 1948, and he and his wife, Sarah Wittal-Caiserman, made their home into a salon for writers and artists, contributing significantly to Montreal’s lively Yiddish literary scene.

The Adath Israel congregation was established in 1930 and worshiped in rented premises on Van Horne Avenue in Outremont for a decade before constructing a synagogue on McEchran Avenue. At its McEchran Avenue location Adath Israel established the first Jewish congregational day school in Montreal (and the second in North America). An extension to the school building in 1952 created the space needed for Montreal’s first Jewish high school. In 1981 the congregation amalgamated with two others and relocated out of Outremont.

In 1948 the poet and novelist Abraham Moses Klein (shown here standing, at the center of the photograph, in the Jewish Public Library in 1945) published The Rocking Chair, a series of poems inspired by Montreal locations for which he received the Governor General’s Award. Klein studied politics and law at McGill University and Université de Montréal. He worked as a lawyer, editor, speech writer and publicist against anti-Semitism in Canada and in efforts to save the Jews of Europe from persecution by the Nazis. In 1951 he published The Second Scroll, a novel in which he tries to find meaning in the post-Holocaust world. That same year Klein moved to Querbes Street in Outremont, where he lived until 1972 (albeit withdrawn from public live after a nervous breakdown in 1955).

Yiddish poet Rokhl Korn (née Rachel Herring) was born in Poland in 1898. Escaping the Holocaust through Russia and Sweden, she arrived in Montréal in 1948. In the year of her arrival she published Heym un heymlozikayt (Home and Homelessness), dedicated to “all my dead.” Korn lived on Maplewood Avenue in Outremont from 1958 until her death in 1982. Chava Rosenfarb, another Montréal poet working in Yiddish, wrote, “For [Rokhl], being in Canada meant being at home within the immeasurable expanse of her loneliness.”

Each week Gideon Strauss brings fresh perspective both to Convivium and our Thread of 1000 Stories series as he explores the unique intersections of faith and tradition in his new neighbourhood of Outremont, Montreal.

In the second of his regular dispatches from from Montreal’s faith-rich Outremont district, Gideon Strauss meets a Baptist pastor who came to Canada from Greece as a young man and set up a radio repair shop a few steps from the church he has made central to his life for 56 years.

Theology of the Hammer

Daniel Prousssalidis, Cardus director of communications, visits a Habitat For Humanity site this week and discovers that  people of various faiths working on a building sound like religious belief in action.