As Bill 13 was being passed in the Ontario legislature today, a parent's rights group was circulating the following video: "You Deserve to be Bullied".

The key to the video is not the demonstrators protesting legislation that will use the State's monopoly on deadly force to tell Catholic schools how to name their anti-bullying clubs.

It's not the very calm, very articulate woman who explains in an interview why the Catholic Church opposes hosting so-called "gay straight alliances" in its schools.

It is not even just the presence of a lone counter-demonstrator who heckles the main group of protestors as she holds a juvenile sign announcing "Jesus had two dads and he turned out fine".

No, what is key is not the fact of her being there—it's a democratic country; she's entitled—but the look on her young face, and the note in her voice, of contemptuous disregard for the mere possibility that her opponents also have constitutional rights they want to protect.

She's having none of that. The clear message in her body language, her tone, her facial expression is that there is one set of rights. And it belongs entirely to her. Or at least to the mob of which she is part. 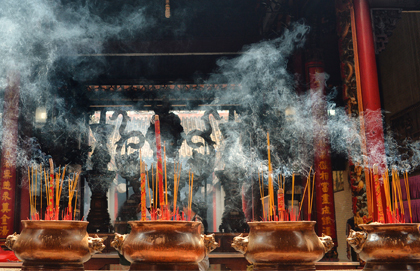 Rights, we can read her from head-to-toe, are not something shared as part of our constitutional foundation. They are something enforced according to the social adventure of the moment. They are a whim backed up by a whip wielded by the State.

It takes but a moment to dispel the disturbance caused by wondering where on earth, even in Ontario, she got such an idea. It is all around her. She is not an oracle but an echo.

The Ontario Liberal government has showed identical contempt in rushing through Bill 13 despite the public warnings from lay people in the Catholic education system, and from senior ecclesial figures as well, that it trampled ancient, hallowed, constitutional protections of religious freedom. But the attitude extends far beyond the particular actions of a specific political party. It is everywhere to the point of absurdity.

I recently read a column in a Western newspaper, for example, that earnestly argued human rights must always trump religious rights. I couldn't puzzle out, as I read, to whom the writer thought religious rights pertain. Dolphins? Bonobos?

Can we really be so far gone that someone at least intelligent enough to write for a daily newspaper can place the phrase "human rights" and the phrase "religious rights" together in the same sentence and not see that they belong to the same set? Apparently so.

Religious rights are a subset of human rights. So are, oh, say, sexual rights. Together they, and all other rights, comprise human rights. They are not to be subordinated in some hierarchical fashion. They are to be balanced to allow the maximal amount of freedom for all. We seem to have lost that most basic understanding.

It is an understanding that advocates of, oh, say, sexual rights should be scurrying to recover at least as frantically as the advocates of religious rights. They should do so because it is right but also (much more powerfully as a motivator) because it is in their best interest.

Advocates of sexual rights have won an uninterrupted series of amazing victories during the past 20 years. They now, unquestionably, hold the whip hand, with the State's blessing and monopoly on the use of force. But the funny thing about whips is the way they can change hands.

That's why it is so key to understand, as the young woman in the Bill 13 video clearly does not, that contempt for the rights of others is always a very bad idea.