The red-lit facades of Mary Queen of the World Cathedral in Montreal, St. Michael’s Cathedral in Toronto, and the Embassy of Hungary in Ottawa stood silhouetted against the dark November sky, in silent tribute to the 260 million Christians around the world who suffer injustice, discrimination and violent attacks because of their faith.

It was Wednesday, November 18, designated Red Wednesday, a public awareness campaign and call to action on behalf of persecuted Christians around the world.

Initiated in 2016 by the UK chapter of Aid to the Church in need, a pontifical international Catholic charity, Red Wednesday is now observed in many countries including Canada.

But the Canadian government has yet to wake up to the global crisis, despite the efforts of organizations such as Aid to the Church in Need Canada, which coordinated the Canadian event.

“In the year of the pandemic we need to be reminded that anti-religious persecution is increasing significantly,” said Marie-Claude Lalonde, National Director of Aid to Christians in Need (ACN) Canada, the Canadian chapter of the charity. “This year’s theme is ‘don’t close your eyes to persecution.’”

Besides calling on churches and other organizations in Canada to light their buildings in red, ACN Canada organized a webinar that reiterated some alarming statistics and highlighted testimonials from witnesses who have had first-hand experience of the plight of Christians in their countries.

Sister Micheline Lattouf of Lebanon, one of the speakers at the webinar presented statistics reflecting severe persecution in the Middle East:

“These figures really tell us about a crisis, a massive exodus that could change the demography of the region,” Sister Lattouf said. “It’s an exodus caused by fear, persecution and the search for a stable, secure life and a better future for the next generations.”

The precipitous decline started in 2003, after the fall of Saddam Hussein in Iraq, and accelerated rapidly during the terrifying years following the fall of Mosul to Isis extremists in 2014.

Of her own country, Lebanon, the last outpost of Christianity in the Middle East, Sister Lattouf contended that the situation is no better.

“We are currently living through catastrophic times. One crisis on top of another. First, the ongoing Syrian refugee crisis. Since 2011, 1.5 million displaced persons for 4.5 million inhabitants. Then the October protests, a financial crisis, and a huge devaluation of the Lebanese pound,” she said.

She added that all these factors, together with the confinement imposed by COVID-19 in a country without social safety nets, had hit the Christian population extra hard, and many are looking to emigrate.

“This is another form of persecution,” she said. 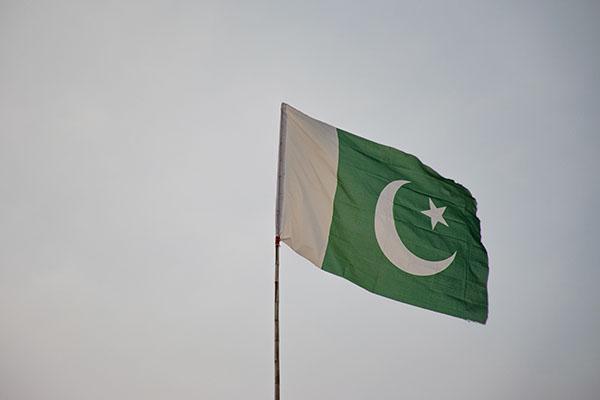 Archbishop Ignatius Kaigama of Nigeria, another webinar speaker said: “The Boko Haram (extremist Islamist group) insurgents are still rampaging. Most of the kidnapped (Christian) girls have not been found and are still in captivity.”

In an interview with Convivium shortly after the Red Wednesday webinar, he cited the case of Huma, a Pakistani Christian girl of 14, who has been abducted, raped and forced to marry a Muslim. Her family faces the terrifying prospect of never seeing her again.

“We are putting a legal team to help her and support her family financially,” Father Chaman said, adding that his organization is struggling to raise funds during the economic downturn caused by COVID-19.

With ACN and other organizations shining a glaring light on the issue of Christian persecution, the question arises whether the Canadian government is responding to the problem.

As William Wilberforce said in an impassioned anti-slavery speech to the House of Commons in 1791, “You may choose to look the other way, but you can never say again you did not know.”

The Canadian government is one of those that needs to open its eyes to the problem and act in defence of the most persecuted religious group in the world.

“You may choose to look the other way, but you can never say again you did not know.”

“The selection process for immigration is broken and there is a gross under-representation of Christians who are accepted as refugees,” Deacon Rudy Ovcjak, Director of the Office of Refugees of the Archdiocese of Toronto (ORAT) told Convivium in an interview.

“This is not an appeal to help Christians exclusively,” Ovcjak added. “This is to ensure justice and fairness and to maintain equilibrium between Christians and other groups.”

Ovcjak’s comment aligns with the principles of Red Wednesday as envisioned by its founders. Although it is a Catholic Church initiative, it does not focus entirely on persecuted Christians. Instead, it’s a call to action on behalf of all people persecuted for their faith and beliefs.

Deacon Ovcjak pointed out that the Office of Religious Freedom, which the current government abolished, could have done much to ensure this equilibrium as the eyes and ears of Global Affairs Canada monitoring the root causes of the problem.

In sharp contrast to the Canadian government, the government of Hungary has demonstrated its support for persecuted Christians in a concerted manner.

“Red Wednesday is an event aimed at highlighting the persecution and injustice suffered by Christians, while promoting respect and tolerance among people of different religions,” Dorottya Deak-Stifner, a spokeswoman at the Hungarian embassy in Ottawa told Convivium in an e-mail exchange. “By illuminating the embassy building in red, we contributed to this effort.”

“Hungary is committed to promoting freedom of religion or belief globally. As a proof of this commitment, Hungary was the first European country to join the International Religious Freedom or Belief Alliance,” she said.

She added that the Hungarian government has made the worldwide persecution of Christians one of its core concerns. Between 2016 and 2020, Hungary committed approximately $77 million CAD for its Hungary Helps program that provides direct support for persecuted Christian communities and raises awareness of the increasing scale of the persecution in the 21st century.

Immigration, Refugees and Citizenship Canada needs to fine-tune its policies and processes to ensure that Christians, and others such as Yazidis in a particularly disadvantaged situation, get a fair chance at re-settlement, while continuing to accept refugees of all groups.

“Don’t close your eyes to persecution,” the message of Red Wednesday 2020 is more urgent than ever in the year of the pandemic.