In February, Convivium ran a report on Sean Murphy, a former veteran Mountie and local coroner, who is seeking a national dialogue on amending the Criminal Code to make it an offence to compel anyone to participate in the act of non-culpable homicide that is currently called medical aid in dying. We asked our readers to let us know what they think about Murphy’s initiative. Here are some responses.

Killing people cannot be re-framed as just another mode of medicine. It is, at best, a horrible compromise of medicine as the least-bad option in a deeply compromised world. People of good will and intelligence will disagree about such things. Do we want to be a society in which government compels some people to kill other people against their consciences? What won’t government feel free to compel people to do, once we do that?

More support for adoption at the one end, more psychiatric and palliative care at the other: you know, costly, long-term, intelligent options rather than quick, cheap, childish options. When can we expect adults to return to governing this country? Where have you gone, Tommy Douglas?

Betty MacDonald, from Nova Scotia, gives both thumbs up to Sean Murphy’s effort: 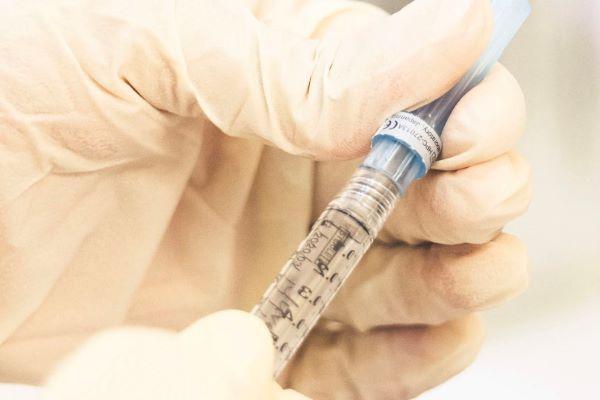 You asked what do I think about Criminal Protection for Health Care workers who don't want to take part in euthanasia.

I am totally in favour of this protection being given to health care workers. No person should be forced to take part in providing euthanasia to patients. Health Care should be about saving lives, and in my view the moment Canada made Physician Assisted Suicide law they infringed on the rights of Canadians who feel life from conception until natural death is sacred. Since it was first made legal they have continued to make it more and more open to abuse and it is a very slippery slope we're on where human life and health care will be provided to those who someone in politics thinks is valid or eligible to be treated. It's hard enough to get equal access to health care in Canada now and soon for some it will not be their choice it will be the decision made by others as a cost saving measure to health care budgets. All life has value. We don't execute criminals in Canada but we do execute the unborn on the basis they are not wanted. That was the start of opening pandora's box and it will never end well.

We live in Nova Scotia. Our cottage is not far from the area a tragedy occurred when a returning veteran suffering with very serious PTSD, seeking and being unable to receive the mental health treatment he needed so desperately, took the lives of his wife, daughter, his mother and himself. These lives all had value and were lost because the necessary help through our medical system was not available for him. Recently a young 15 year old girl in our neighbouring province of New Brunswick sat for 8 hours in the hospital seeking mental health help, was sent home without help and took her life.

It seems to me the government is more interested in investing in ending lives through abortion and euthanasia instead of spending our health dollars to assist people to live lives until natural death. The more I read about these lives lost through lack of care provided through the medical system while increasing things like euthanasia, the more it upsets me. All human life has value and it matters not how young, old, whatever handicaps or issues they have. Let us assist life to be lived fully and the best way possible not prematurely end it. The insult is increased when they attempt to force people with a conscience to take part in these deaths.

Vancouverite Marianne W. warns of the ill-effects of MAiD creeping into palliative care:

Yes, healthcare workers need to be protected from having to administer deadly injections. This form of homicide has been going on in regular palliative care for quite a while. Anyone who enters palliative care and answers the seemingly innocent question, “do you want to be comfortable?” with ‘yes’ needs to be aware that they are seen as agreeing to higher and more frequent doses of morphine.

Death usually occurs within one week after a few days of serious breathing difficulties, since morphine can affect breathing.

Finally, Hector, who asked that his last name not be used, got right to the point:

I think Sean Murphy’s suggested approach to resolving the MAiD issue makes good sense and is well worth supporting.

What do you think? Agree? Disagree? Let us know and we’ll contact you about publishing your thoughts.