In mid-May, Cardus hosted a compelling evening in Calgary when Jason Kenney, leader of the United Conservative Party of Alberta, delivered a keynote speech on Peace, Order and Good Government.

Kenney’s remarks began with a historical overview of how Canadians came to value those qualities so highly in the State and in society, but then shifted to a discussion of the proper relationship between those two entities.

“It's easy to begin with what government can do, but I think that's the wrong question. The better question is this: What is the best way for civil society to flourish to enable human flourishing, especially so that those who are most vulnerable are cared for? Then we can ask what the government might do to help make that happen,” he said.

Convivium published the full text of the UCP leader’s speech the following day, May 18, and today we thought we’d give readers a video sampling of the fascinating panel discussion that followed between Kenney, Pat Nixon, founder and CEO of Calgary’s Mustard Seed ministry for the socially disadvantaged, and journalist Jen Gerson. 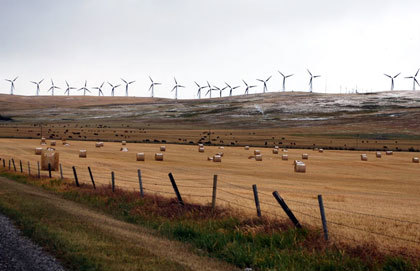 Gerson expands the discussion to include the Church and the role of faith in the dichotomy between State and society. It’s an addition, as she notes in a video clip below, that is a “stumbling block” to her lack of religious belief.

“I would describe myself as a bad atheist, a poor atheist, because of the salutary role of civil society and the Church,” she says. “I don’t see the State being a replacement for that.”

For his part, Pat Nixon says it’s essential that we dismantle the social barriers that block any opening to real love of neighbour, whether that blockage comes from the Church, the State or in social relations themselves.

“The fences have gotten taller and taller,” Nixon says. “We have to figure out how we’re going to break them down.”

That, of course, is a key focus of Convivium’s existence. Convivium, after all, means living together, and we exist as a hub to foster the development of faith in common life among all Canadians.

Our hope is that the videos below will stimulate thought, provoke conversation, lead to creative ideas for renewing the vitality of the order between State, society and faith.

Or as Jason Kenney puts it: “Government should be at the service of civil society. That doesn’t mean no role for government, but re-thinking that role.”

Campbell of the Nova Scotia Supreme Court ruled the Barrister’s Society (NSBS) was acting outside its jurisdiction and violated religious freedom as set out in Canada’s Charter of Rights and Freedoms But wasn’t Justice Campbell concerned about implied endorsement of TWU’s covenant by the State or ot...