Recently, I was participating in an online training course to volunteer with Ottawa Inner-City Ministries. The facilitator asked us to begin by sharing something for which we are grateful during this pandemic. People responded with various answers such as re-focussing on their priorities in life, and so on. I appreciate the inspiration of the facilitator, who reminded us of the basic Christian practice of gratitude, even during these difficult and stressful times.

The same is true for mercy and trust – Christian virtues we should strive to emulate at all times, but perhaps now more than ever. It is all too easy to fall into negative attitudes and emotions such as fear, mistrust, anger, and rash judgements.

It is not my intention to debate the many and complex issues that people raise concerning the government’s response to this pandemic, and some of the measures undertaken in terms of lockdowns and restrictions.

Nonetheless, if we are to speak meaningfully about mercy and trust, it is important to first acknowledge people’s emotional reactions such as anger. There is such a thing as righteous anger as a response to injustice. But it is meant to inspire in us positive action.

I think the mayor of Ottawa displayed righteous anger related to recent border restrictions between Ontario and Quebec. In the morning commute, cars heading toward Ottawa were backed up for kilometres and some people arrived at work an hour and a half late. In a public statement, the mayor referred to the border checkpoints as impractical and unnecessary. The mayor’s remarks were one contributing factor in a lessening of restrictions, allowing for a smoother flow of traffic for commuters.

But the other kind of anger can be harmful. Cursing under our breath or constantly complaining to others, “What a stupid law! What are those idiots thinking?” This anger only feeds on itself, contributing to other negative emotions like resentment and frustration.

With righteous and reasonable anger, we can affirm our right to protest and voice our opposition to laws and restrictions we find unreasonable and counterproductive. We also have the right to expect accountability from our elected representatives. But at the same time, we must refuse to indulge in a spirit of judgement or condemnation. We are to show mercy to them and to all people – in our thoughts, words, and deeds. 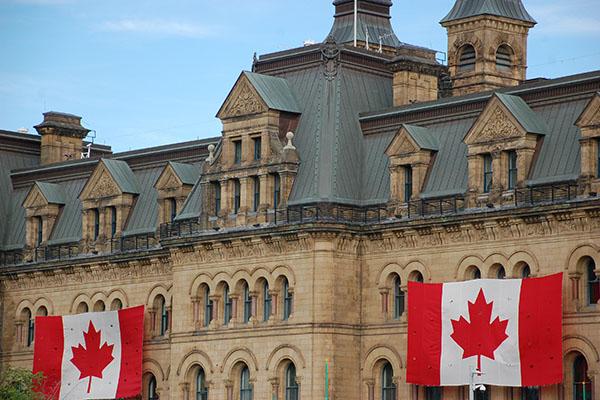 We have the right to expect accountability from our elected representatives. At the same time, we must refuse to indulge in a spirit of judgement or condemnation.

We must ask ourselves: are we in a position to conclude that government officials are malicious people consciously trying to enact draconian laws to oppress their citizens? Was it their primary intention to restrict civil liberties? Perhaps they over-reacted by succumbing to media hype and irrational fear. Do we claim to know or judge their intentions?

Ontario Premier Doug Ford began shedding a tear during a press conference in April. I believe his tears were sincere. Yes, he and his government have drawn the ire of many Ontarians through certain policies concerning restrictions and lockdowns. But by what standard do we judge him? Do we allow ourselves to make mistakes, but demand that our political leaders be indefectible and infallible? He is a flawed and imperfect human being like the rest of us. He is also a man under extreme pressure, trying to do his best. Can we not trust that? Or do we have to vent our anger and judge him harshly?

A wise friend of mine once remarked that our suspicions of others can also affect our trust in God. Suspicion is a form of mistrust. We cannot know the motives of others, but we suspect their intentions might not be good. Sometimes, suspicion is based on empirical evidence and is logical and justifiable. It would be difficult to trust a criminal who has a track record of repeated offenses with no sign of contrition or amendment.

If we choose a disposition of suspicion and mistrust of other people, where does it end? This attitude can colour our perception of reality. The subtle voice of the tempter can whisper in our minds, “Can you trust God? Isn’t He the one ultimately responsible for this pandemic?” All lies, of course. But we must consciously decide to not to entertain a mindset of suspicion.

Showing mercy is the first step toward trust. With mercy, we refrain from judging people’s intentions. With trust, we assume that the vast majority of people have good intentions. If we believe that a weak and sinful person is capable of virtuous motives, it is much easier to trust that there is another Person with good intentions for us and the world. This is the Christian faith. We have a loving Father who brings good out of evil, who in the end works all things for our good.

We must never underestimate the power of little things done with a noble spirit.

Believers cooperate with God in bringing forth the good. We must never underestimate the power of little things done with a noble spirit. Showing mercy to a person in need – whether it be a beggar on the street, a friend who is sick, or simply someone in need of a kind word of encouragement.

The recipients of these deeds of mercy grow in trust in other people. In the spiritual realm, and in the eyes of God, such small acts have great significance. They help push back the darkness of fear and suspicion, while bringing forth the light of mercy and trust.

Photo by Branimir Balogović on Unsplash.com

Speaking to a Cardus-sponsored event in Calgary on Thursday evening, United Conservative Party leader Jason Kenney highlighted the 1774 Quebec Act, Mother Teresa of Calcutta, the AIDS crisis of the 1980s, refugee resettlement, the Canada Summer Jobs program, and the mileage on his Dodge Ram pickup as sources for his renewed vision for Canadian conservatism within liberal democracy.