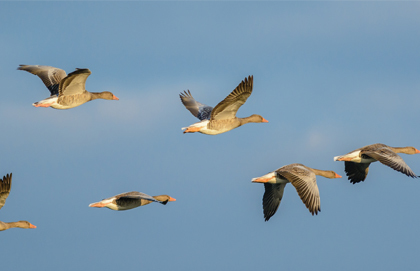 Years ago, a fine young fellow knocked on my door asking me to become a member of an environmental group to which he belonged. I listened patiently to his patter, and then tried to let him down as gently as I could.

I still remember the way his nose went up in the air while somehow his gaze remained cast down at the ground, as if he had sniffed out an ideological foe but was working through the flight or fight implications of making direct eye contact.

“You don’t believe in protecting the environment?” he said.

“It has nothing to do with the environment,” I said. “I’m a journalist so I can’t be a joiner.”

He managed to raise his head to reveal a face almost frantic with astonishment. 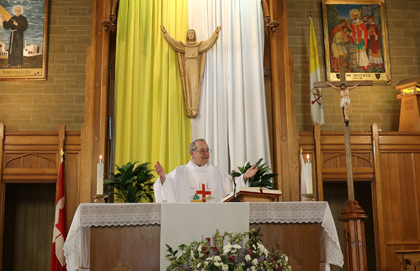 “What does being a journalist have to do with anything?” he demanded. “Can’t journalists belong to whatever groups they like?”

“Some can,” I said. “Some don’t. I don’t. Here’s why: if your boss got caught with a sheep in a parking lot one night, I might have to cover the story. And I don’t want to belong to a group I might have to report on.”

He made a half-hearted light-hearted joke about his boss being allergic to wool but eventually accepted the principle, even though it left him walking away shaking his head.

The memory of that exchange, and reflection on the nature of a life lived largely at the outside edge of the campfire just by virtue of vocation, struck me several weeks ago when I heard Janet Nolan, CEO of Christian Horizons, begin a speech by differentiating between welcome and belonging. Welcome, Nolan said, is when someone lets you in. Belonging, by contrast, means someone notices when you are not there and goes to look for you. In this month’s Conversation, she elaborates on the distinction, and on why it has been for 50 years at the core of the organization that helps intellectually challenged people become full members of their communities.

As I listened to Nolan both during her speech and later during our conversation, I began thinking about the forces in society—forces far more powerful than vaunted journalistic neutrality—push us away from the deep definition of belonging. The very physical structures of urban/suburban car culture life works against it by making so much of each day so transitory. As I said to someone recently, many of the serious problems of North American life seem to me rooted in our inability to walk home for lunch during the work or school week.

A consequence of our aggressively peripatetic existences is the ephemeral nature of so many of our friendships and relationships. Constant coming and going breeds surface skimming caring for each other. We are, of course, saddened when tragedy strikes. We exert discipline on ourselves to somehow find an hour or two for at least a catch-up when all is relatively calm. But otherwise, we are stuck with habits of heart and mind that make the deep dive of belonging an intellectual, never mind emotional, impossibility. We may not all be journalists, but we are equally too no longer capable of being joiners.

Yet as Nolan maintains, and as other stories in this issue make evident, belonging is not merely a matter of will. It is an outgrowth of faith—religious faith, yes, but even a non-religiously based faith in the imperative of placing the human at the centre of all we do. In the former category is Ambassador Kevin Vickers’ remarkable speech to the launch of our Faith in Canada 150 project wherein he details the way a life formed from profoundly Christian principles enabled him to feel a belonging even with accused murderers that he interrogated when he was an RCMP officer. In the latter category is Father Raymond J. de Souza’s lovely obituary for the journalist George Jonas who, as a refugee from both Nazism and Communism spent his adult life arguing against the tyranny of ideology that prevents genuine belonging to human community.

The two come together in veteran BBC reporter Julia Bicknell’s thoughts on that most likely of intersections: faith in God and faith in good journalism. Both cultivate belonging, Bicknell said, by requiring a single essential commitment.

“My ethic, my driving principle,” Bicknell says, “is the truth.”

Who could possibly feel sheepish about seeking and finding that?