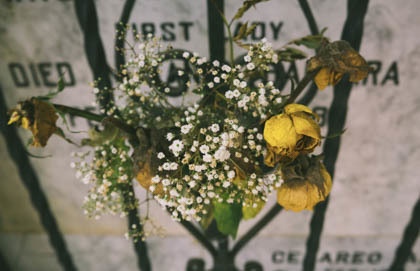 We were choosing a cover image for this issue of Convivium when the bombs went off in Brussels. The terrorist death wish had claimed fresh victims to add to lives already lost in Paris, in Beirut, in Baghdad, in Ivory Coast, in Pakistan….

Nor was this was not just any ordinary act of political savagery. It was, as it increasingly is, driven by a religious hatred so soul-vacated that it is difficult to understand how its practitioners even dare to speak God’s name, much less claim to be carrying out God’s will.

The timing for Convivium was fortuitous and foreboding. We had just brought together for April-May essays on the roots of religious violence, centred on the thinking of Rabbi Lord Jonathan Sacks and his remarkable recent book Not in God’s Name. 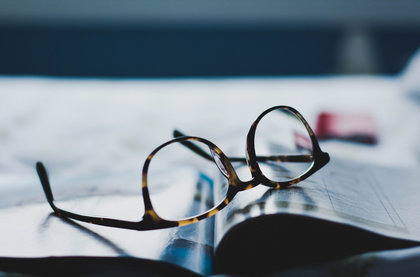 The Industry of Ideas
Seeing and Believing
How Faith Fosters Civility

It fell to my colleague, Doug Sikkema, to express the implications:

“Convivium is all about coming together. While our name suggests joyful companionship, as our cover photo of the aftermath of the Brussels attack in late March attests, we often come together in grief and mourning. In the wake of another terrorist attack, in the myriad of places where faith kills rather than enjoins, the temptation to isolate ourselves or to scapegoat others we fear grows stronger.

“This Convivium is an invitation to resist those urges to isolate and marginalize and, in the face of violence, to come together in community and discuss the roots of religious hatred that have haunted mankind for generations.”

We had the good fortune to extend that invitation by hosting Rabbi Sacks for a public conversation with our editor-in-chief, Father Raymond J. de Souza. A full transcript is available at www.conviviummagazine. ca, but this excerpt offers a glimpse of Rabbi Sacks’ thought:

“The process began when, together with the then Archbishop of Canterbury, George Carey, the chief rabbi of Israel, leading imams, and gurus throughout the world, we stood together at Ground Zero during the World Economic Forum in January 2002 and offered our prayers. That was when I just felt, with overwhelming power, the two faces of religion. On the one hand, the wreckage of 9/11 and 3,000 lost lives, and on the other hand, religious leaders from around the world praying together and respecting one another and soul touching soul in prayer. I suddenly realized that religion is fire and fire warms, but it also burns, and we are the guardians of the flame. I resolved to write a book as a Jewish response to 9/11 and our global responsibilities in the 21st century.

“(But) I realized that was the beginning, not the end… I also realized religious leaders are quite similar across all the faiths. They are quite good at giving sermons and quite bad at listening to them. One after the other said, in effect, ‘The world needs peace. Our religion promotes peace. Therefore, if everyone was of our religion, the world would be at peace….’

“That wasn’t the solution. That was the problem. The real problem is that when we are thrown together in this global and interconnected age, how can we make theological space for the other, the one who is not of my faith, the one who stands outside my circle of salvation? That is the real hard theological work and we’d better do it or else. Because our powers of destruction are so great and if religion is – as it undeniably is – part of the problem, then we are called on, I think, by God Himself, to make it part of the solution also.

“The fundamental theme of the Hebrew Bible is how we confront violence. The Hebrew Bible is really a story about the sovereignty of right over might. Genesis does this by being very blunt about these sibling rivalries. It dawned on me to look at (them) and eliminate everything except the last scene. Last scene in the story of Cain and Abel: Abel is dead. Last scene of Isaac and Ishmael: they're standing together at their father Abraham's grave. Last major scene of Jacob and Esau: after years of conflict they meet, they embrace, they kiss and they go their separate ways. Last scene of Joseph and his brothers, the last chapter of Genesis: forgiveness and reconciliation.

“Those sibling rivalry narratives in Genesis are not simply variations on a theme. They describe an upward curve, moving from violence to forgiveness. There’s more going on in Genesis than meets the eye and that is when I realized we might have here the answer to the sibling rivalry that in a macro scale has poisoned relations between Jews, Christians and Muslims over the centuries….”

We have a choice of the fire we choose. Choosing might just be the answer.