As the current school year began, words attributed to a 15-year-old student at a Windsor, Ont., high school exposed the destructive nature of the provincial government's Bill 13. The legislation, formally known as the Accepting Schools Act, was passed with cutthroat speed last June. Designed to curb bullying, it was lumbered at the last minute with clauses invoking the State's right to bully others, to force all schools, including Catholic schools, to establish gay-straight alliances if students choose to form such clubs.(Section 303.1 requires that "every board shall support pupils who want to establish and lead activities or organizations . . . that promote the awareness and understanding of, and respect for, people of all sexual orientations and gender identities.")

This is a clear violation of constitutional protections in both the Charter and section 93 of the Constitution Act 1867 that guarantee denominational schools the right to organize according to their beliefs. It's a loathsome betrayal of Catholics such as Cardinal Thomas Collins of Toronto, who had laboured long and in good faith to develop an anti-bullying approach that would be consistent with Christian teaching. It was, in other words, typical conduct by the usual political suspects.

Far worse, however, was the injustice this added clause did to 15-year-old Adriana Unis, a student at St. Joseph's Catholic High School. The wrong done to Ms. Unis went beyond misleading her into believing this malfeasance was acceptable because good might come of it. It annihilated any understanding of the purpose of education in general, and of Catholic education specifically.

"I think it will make others realize more that it's okay to be who you are, it's okay to be gay, to be bisexual, transgender, whatever you are," Ms. Unis was quoted by media as saying. "I feel more accepted now. . . . I can be in a Catholic school and still be myself." 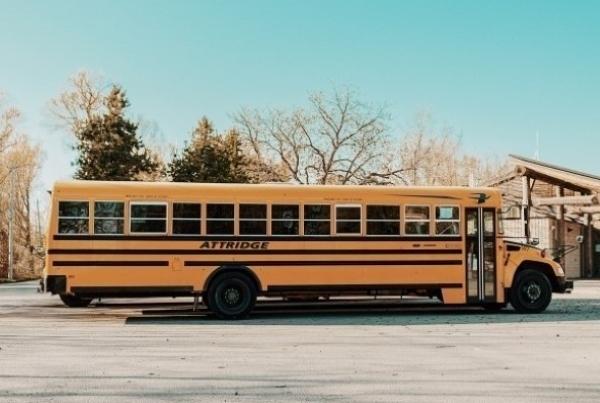 Writing in this issue of Convivium on the teaching of children, McGill historian John Zucchi puts it this way: "There is such a temptation in the educational system and among parents simply to transmit concepts or information without children being in awe of the fact that things are . . .. It is more important that a child be struck by the beauty of a prism, a passage of music, a fairy tale or a friend than that a child memorize . . . concepts. The wonder that a child experiences in the former will allow that child to have a sense of wonder even before the latter. Conviction grows from wonder."

I am not, in any way, disparaging Ms. Unis for her remarks. On the contrary, I admire the clarity with which she mirrors the errors of our era. Misunderstanding so profound in one so young can only be a faithful imitation of the sins of her sources. Those failings are the apogee—or nadir, depending on whether you find them compelling or horrifying—of the cultural crisis Allan Bloom identified 25 years ago in his magisterial book The Closing of the American Mind. Bloom, of course, was no socially conservative Christian: Catholic, Protestant, Orthodox or otherwise. He was a gay, Jewish libertine, lovingly satirized as such by his great friend Saul Bellow in the novel Ravelstein.

Yet as Andrew Fuyarchuk writes in his essay commemorating the silver anniversary of Closing, Bloom had the conviction of a true believer that the intellectual malfeasance inflicted on—and through—the North American educational system from the 1960s forward had become a devastation.

"Unless the influence of Nietzsche's declaration that 'God is dead' upon the youth could be defeated in the halls of the academy, the nation's most promising students would persist in their incapacity to defend the principles of their regime, liberty and equality, when they rose to positions of leadership in society," Fuyarchuk writes. "In a bid to rescue democracy from losing its bearings and falling into an ethos of openness, Bloom aimed to inculcate in youth the knowledge of universal and unchanging foundations—foundations transcendent to race, religion, national origin and class," he adds.

Bloom's rescue effort relied for momentum on his insistence that the malaise of the age is a combined "mood of moodiness" and "nihilism with a safety net" that instills in young minds the pernicious educational egoism so aptly captured by Adriana Unis. From that perspective, The Closing of the American Mind was really an expression of hope that it could, ultimately, be opened again.

Bill 13, beneath its malodorous surface of political opportunism, deals a death hand to that hope by denying Ms. Unis and her peers an educational system predicated on the "universal and unchanging," and in turn lumbering them with the teleological tawdriness of "myself . . . whatever."

If inflicting such an injustice on the coming generation through the educational system is not destructive, it is hard to imagine what might be.