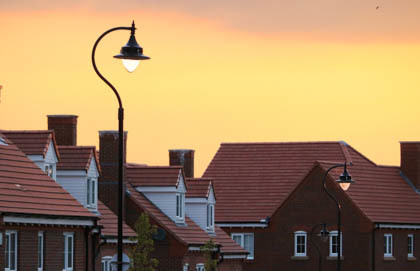 During production of this issue of Convivium, I chanced across a quirky Vancouver-based magazine (yes, quirkier than Convivium; it is possible) called Montecristo.

Matching the intricate threads of love and meaning available from such an eclectic trio, writer Cheyanne Turions knots things together with a single, tight, powerful sentence: "Life often, simply, requires us to be brave."

Yes. It does. Yet simply required bravery seems to me a response almost entirely overlooked in the wide world that spreads outside my window these days. Heroism is certainly evident everywhere. It is hard to find a quiet spot on a rooftop now for all the sky shouters already up there bellowing huzzahs at this or that deemed-heroic act. As for superheroism, well, men of steel, spider-mensches and batmessiahs abound not only on movie screens but also in the otherwise pacific pages of Convivium (see Travis Smith's "Batmessiah and Spider-mensch," in the April-May 2013 issue).

Yet heroism always seems to require jumping off or jumping in, or jumping about at any rate, in a frantic effort to save someone or something or at least prevent the cat up the tree using the purloined laser pointer in its mouth from distracting the airline pilot who is trying to land his one-winged craft on a haystack so the mother unexpectedly in labour in economy class can deliver a healthy child for her husband in the coma ward. Super-heroism, of course, does all this in a single bound and never a cat's whisker out of place. 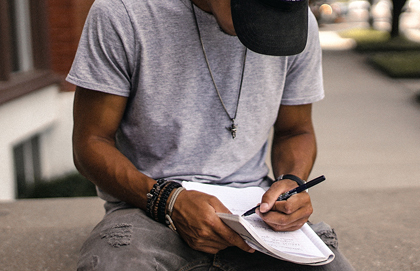 Appropriate for You
Publisher's Letter: Days of Faith
What's next: The August/September issue of Convivium

This, we love and probably should, albeit somewhat less programmatically than we do.

Bravery, though, is something else. It is something daily, if not momentary. And it is, as Cheyanne Turions expresses it so winsomely, something simply required by the lives we are actually living. Writing in this issue of Convivium shows us, I think, why we should love it much more than heroism as defined above.

Love or loathe his politics and persona, the genteel bravery of Conrad Black that shines through in his conversation with Father Raymond J. de Souza ("Black is Back," page 8) is a model for acting with grace and character in the face of an immense reversal of fortune. Just so should Paul Donovan's determined case for sustaining Loyola High School as a genuinely Catholic institution ("Making Faith Flourish Through Secular Society," page 25) inspire us to stand implacably for the cause of religious freedom against the rapacious secularizing State.

There is also a backstory to Ms. Rubinsky's contribution that illustrates, in a very different but no less compelling context, life's requirement of bravery. When she first sent it to me, I immediately went into hyper-editor mode and began whipping up ways to expand it, to import motivations and distill principles and wrap the events of a single night in 1943 with a massive satin bow called heroic lifetime achievement. She politely asked for a few days to think it over, and then came back to me with this: "Thank you, but I would like to leave it as is. My mother did what her mother told her to do. I've said it as I wish to say it."

Here, it seems to me, is the heart of the bravery that life requires of us: to discern the truth of what is and to stand our ground for it in the face of win/lose, gain/loss, advantage/disadvantage, consequence — pleasant or painful. I do not think I knew this definition before my encounter with Ms. Rubinsky. By contrast, someone who has demonstrably known that definition throughout his adult life is Pope Emeritus Benedict XVI. There is no more concise description of Benedict's overarching bravery than in Father Raymond J. de Souza's column in this issue ("Sea to Sea," page 42). Our editor-in-chief looks at four teaching speeches Benedict gave over the course of his eight-year pontificate, each one in September and each standing its holy ground against the oppressive prevarications of our day.

As Father de Souza notes, His Holiness did not don superhero accoutrements, swoop down from the sky and lay evildoers low. Rather, Father de Souza writes, "He would, as it were, retrieve his academic robes and put them atop his papal cassock to deliver a great magisterial lecture, continuing the medieval tradition of a great scholar addressing an important topic of general interest."

His words seldom made him more popular, and once led to him being violently vilified. He spoke the truth he knew nonetheless as life and faith required him to: simply bravely.