“The default assumption of many, (seems to be) that only more tax dollars and well-intentioned smart people collected together in a room will magically yield a useful and efficacious government policy to solve much of what ails us,” researcher Mark Milke wrote last Friday on the website of Policy Options.

“That wrongly assumes a material remedy for a nonmaterial development that has its origins elsewhere: a decline in faith, changing morality or other passions of the heart that are quantifiable not at their start but only in their observable effects much later; to address such matters, policy tinkering may be ineffective,” Milke adds.

His article summarizes research recently made public in a major Cardus Family report. Milke’s Missing Family Dynamics analyzes the powerful non-quantifiable factors that can contribute to, and also flow from, economic distress.

“This dynamic — call it the “family and culture affects potential prosperity” relationship — is seldom recognized in Canadian policy analysis, journalism and politics. Too many analyze and prescribe policy remedies as if only material factors (money, employment, interest rates) matter to social outcomes,” he writes in the Policy Options article.

Milke doesn’t discount purely economic causes of instability. Rather, he argues that simple statistics aren’t enough to account for, or address, them. He cites the example of a family breakup in which a one-income household earning $50,000 splits in two, reducing each to $25,000 in yearly earnings.

“The increased total costs of supporting two households can drop both into poverty. When the trend is widespread, breakups will make the poverty statistics look worse, even if nothing else has changed in the wider economy,” he writes.

The resistance to accounting for family and culture is a curiously Canadian phenomenon, Milke notes. South of the border, it has been a staple component of economic analysis policy making since the mid-1960s.

“The increased total costs of supporting two households can drop both into poverty. When the trend is widespread, breakups will make the poverty statistics look worse, even if nothing else has changed in the wider economy."
Related Stories 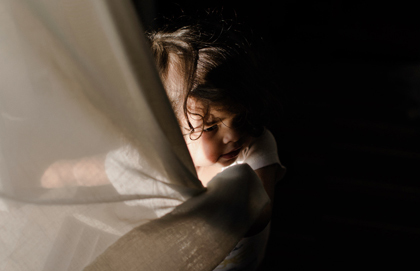 “But such “the-cultural-affects-the-economic” analysis is rare in Canada, even though divorce and separation soared by 134 percent between 1971 and 2016 — a family trend that seems hard to ignore.

“Instead, we often see reports that address economic data in isolation. They measure the after-effects of family breakup but are loath to draw the obvious conclusions: that two-parent families and other societal “stabilizers” matter and are nonmaterial in origin but material in their outcomes,” he writes.

For Andrea Mrozek, program director for Cardus Family, Milke’s research paper is launch pad for broadening the Canadian discussion around poverty and inequality. The discussion got a further boost at a round table of experts Mrozek and Cardus senior researcher Peter Jon Mitchell hosted to let Milke present his findings to a bevy of scholars, bureaucrats and think tank leaders.

“Really we wanted to learn what we might have missed in Mark’s paper, and where we go from here,” Mrozek said of the roundtable event. “I was personally happy to be introduced to everybody’s ideas. It’s always good to get new ideas, new vantage points.”

For Mitchell, the “robust conversation” sparked by Milke’s paper at the round table opened up further avenues for research possibilities such as looking at the relationship between family structure and economic well being in new Canadian or Indigenous communities.

“It highlighted places where we can drill down to look at different forms of inequality, and explore the role of family and the role that family structure plays,” Mitchell said in an interview with Mrozek for Convivium.ca

For his part, Milke said a main emphasis from his research for Cardus is that it’s possible to identify a problem without immediately concocting a policy option to resolve it, and just as importantly without assuming that giving the problem a name is necessarily moralizing about it.

“Policy thinkers need to move past both hurdles,” he writes in Policy Options. “We can point out how family dynamics matter to poverty, without denying that it is a good thing when a wife divorces her abusive husband.”

Speaking Up for Marriage